Another Clash in Normandy

Last night we gave Bolt Action another shot and had a much more enjoyable time as the rules are beginning to sink in.  There are a few quirky rules that left a few of us scratching our heads, but all in all it was a fun game and I really like these rules. They are pretty fast-paced which is nice for weeknight meetings with limited time.

As with our other games, this scenario involved a German reinforced platoon consisting of four 7-man fire teams (mixed Wehrmacht and SS with one Fallschirmjager  team), a medium mortar team, a sniper team, and an MG42 team, all lead by a final unit consisting of an officer with an aid.  A U.S. Airborne platoon consisted of almost identical assets with the exception of the fire teams consisting of 8-man teams. The mortar teams on both sides had the advantage of using an attached forward observer. 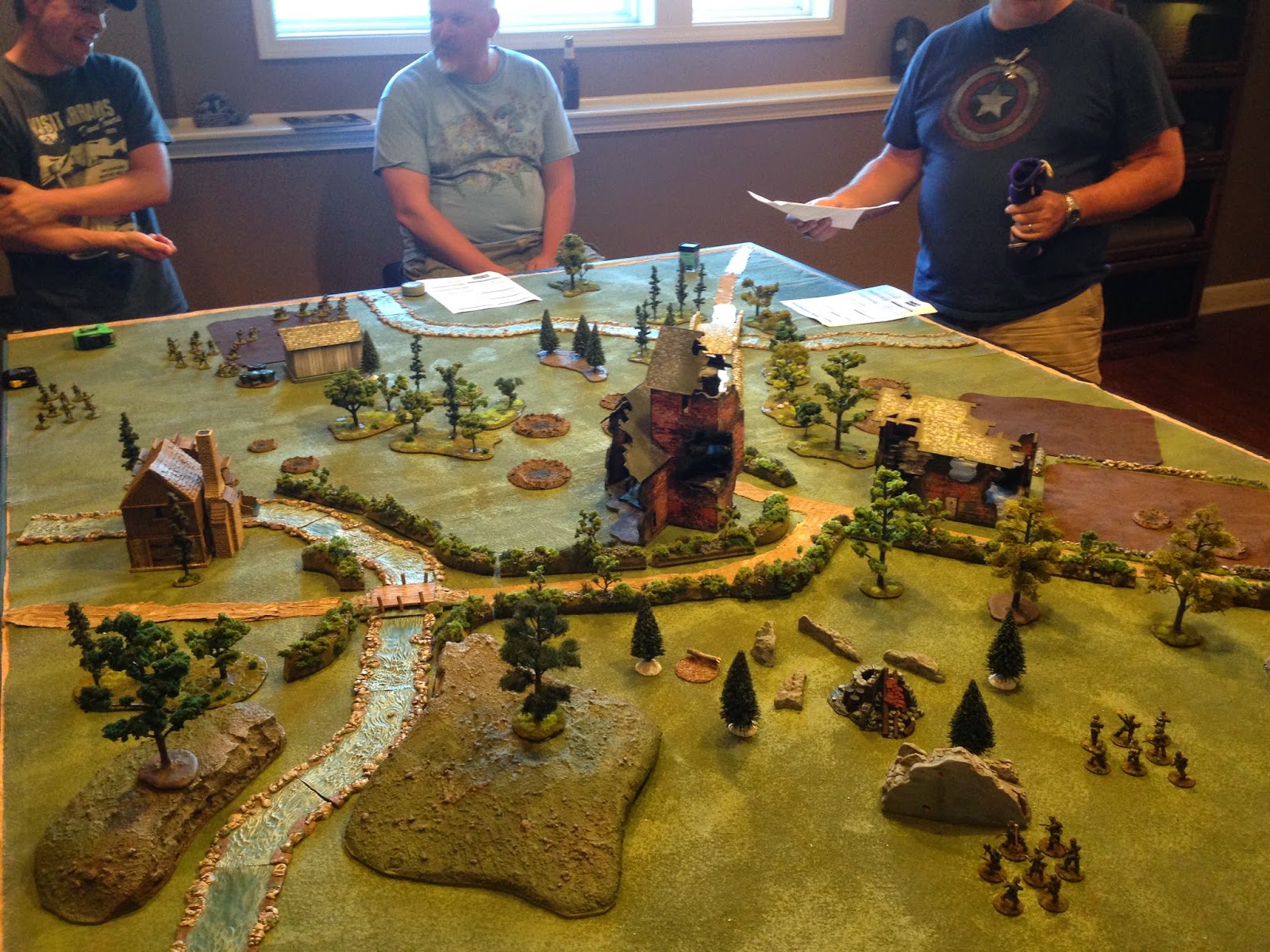 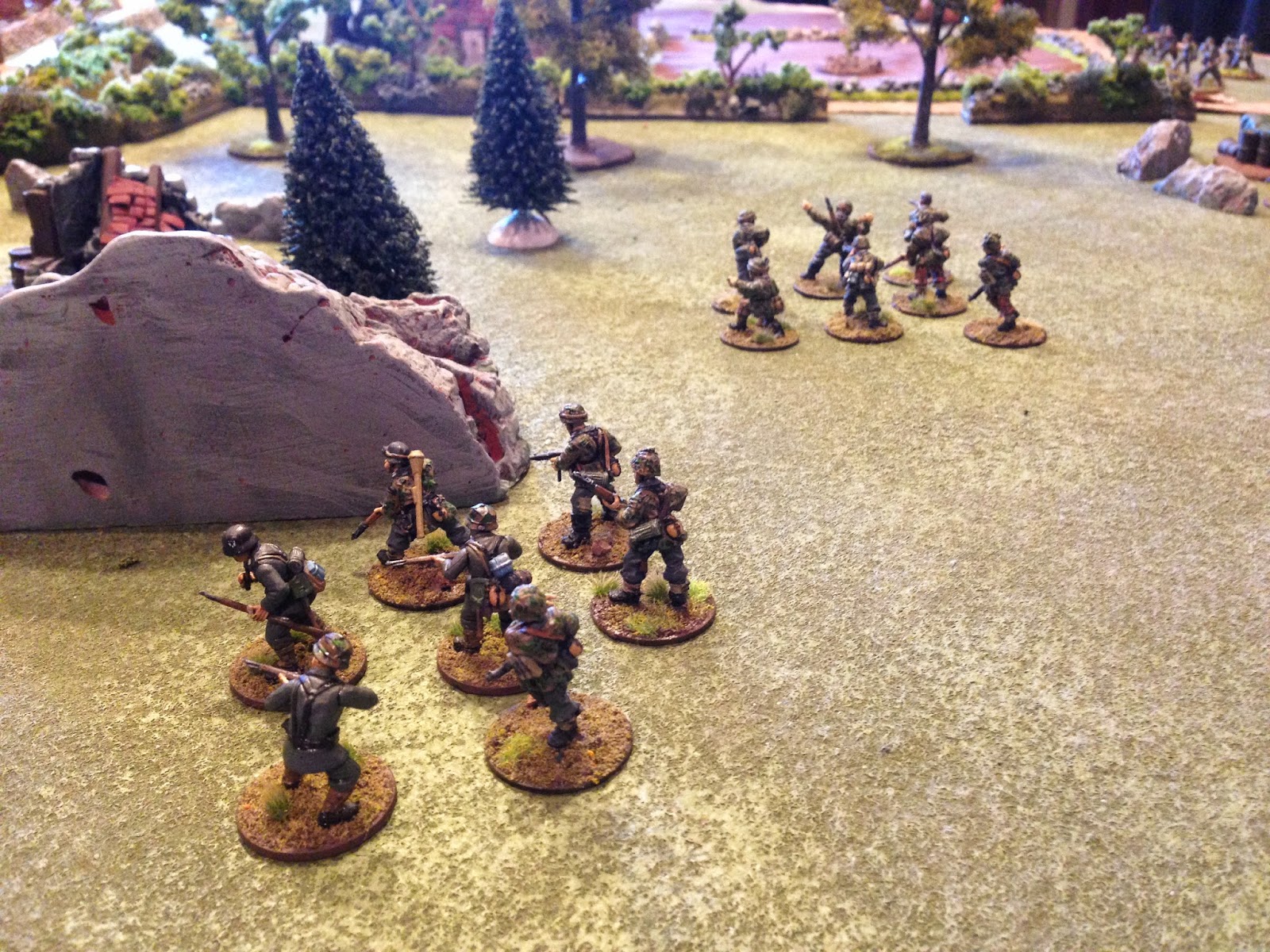 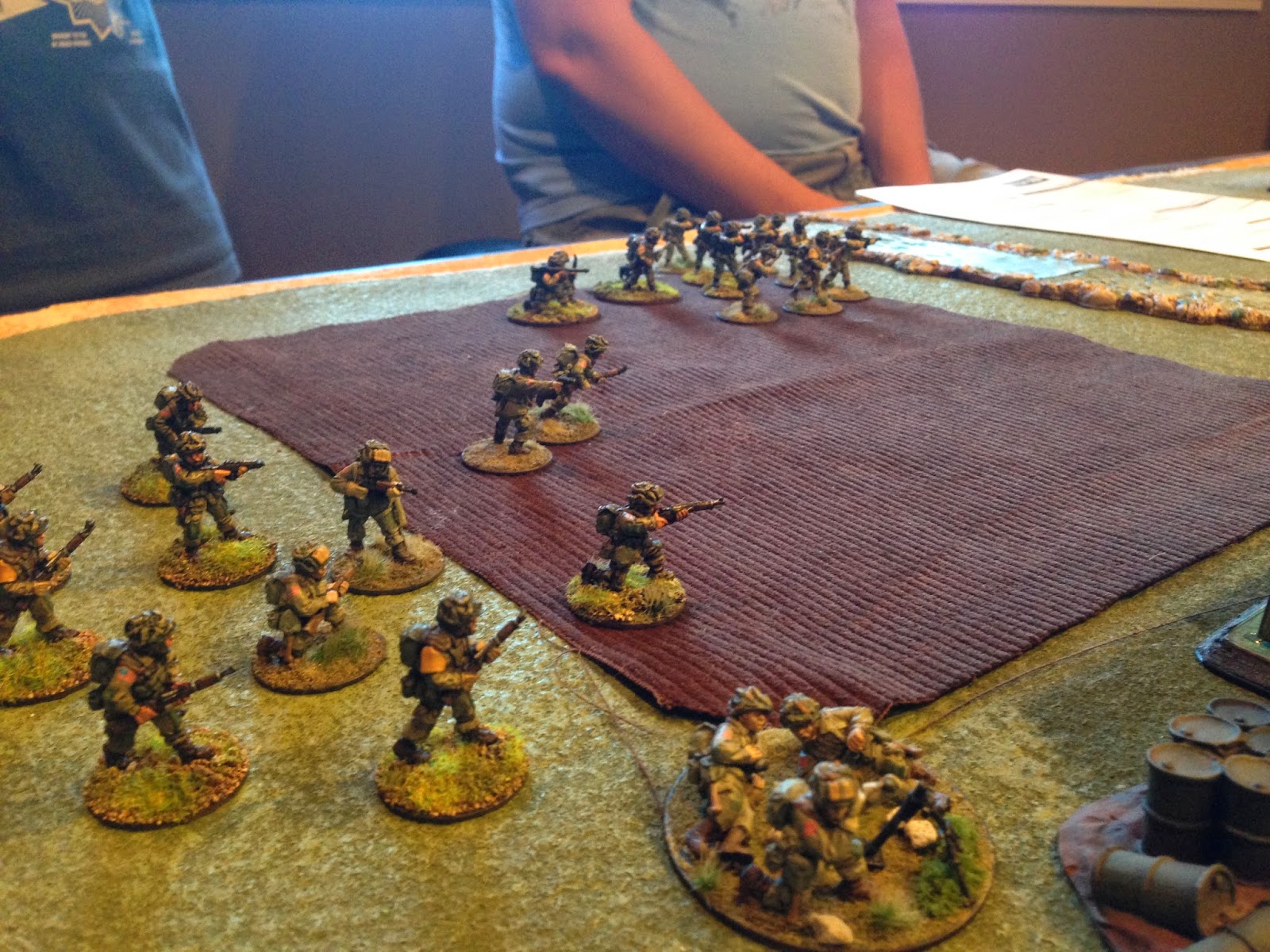 Unlike our last BA game, this scenario featured 3 tactical objectives (a bridge crossing, a high point in a shelled-out church, and a high point on a ridge).  As expected, the fighting was centered around these three objectives fairly evenly.  Early on a Kraut team was able to win the race to the ridge on the German left, but pulled back when it began to take fire from an AB Pathfinder unit. Later in the battle they also took fire from a .30 cal team and were eventually ambushed and neutralized in hand to hand fighting by said Pathfinders. This team would eventually go on to achieve heroic accolades by taking the last open objective late in the evening. 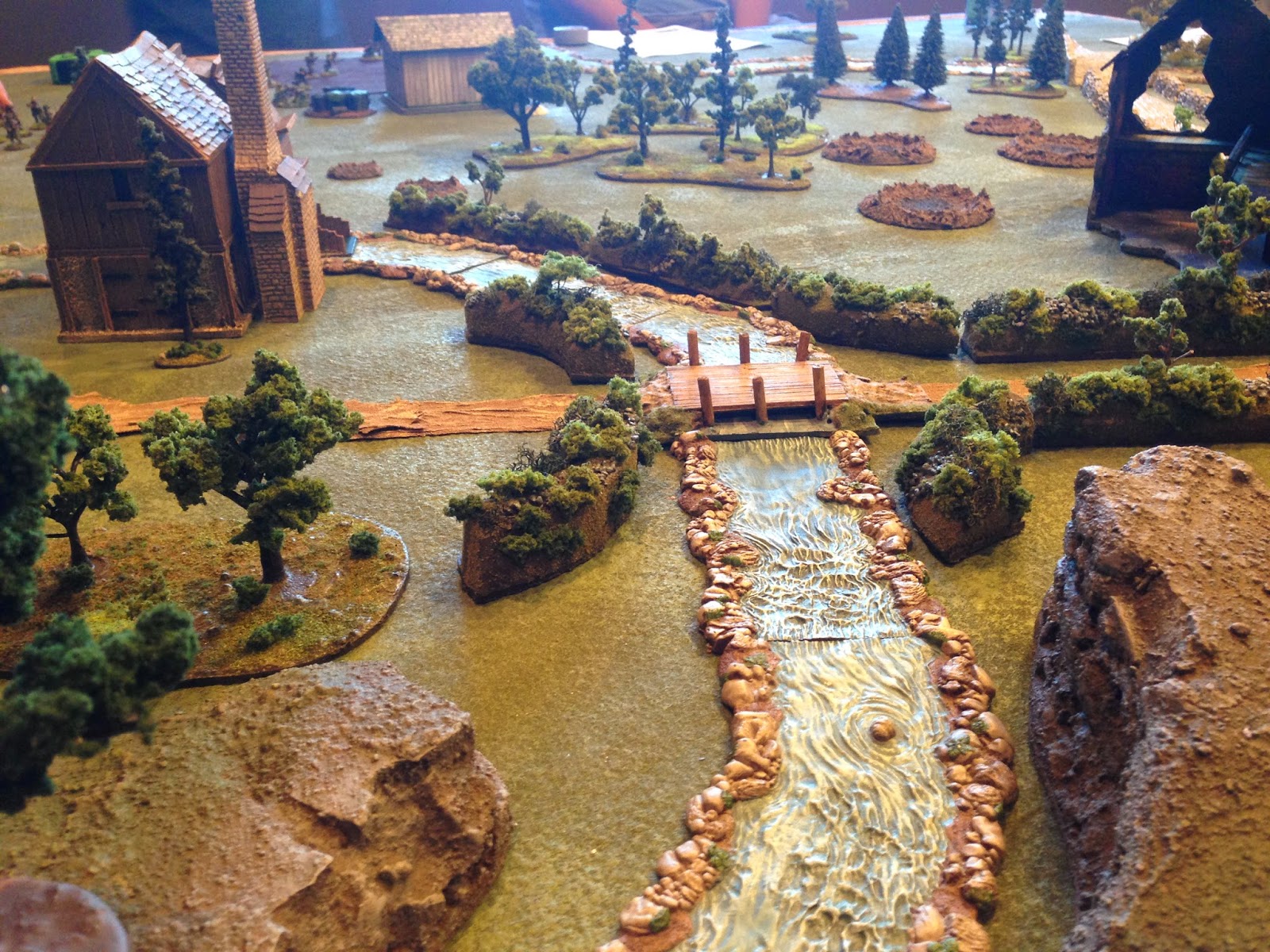 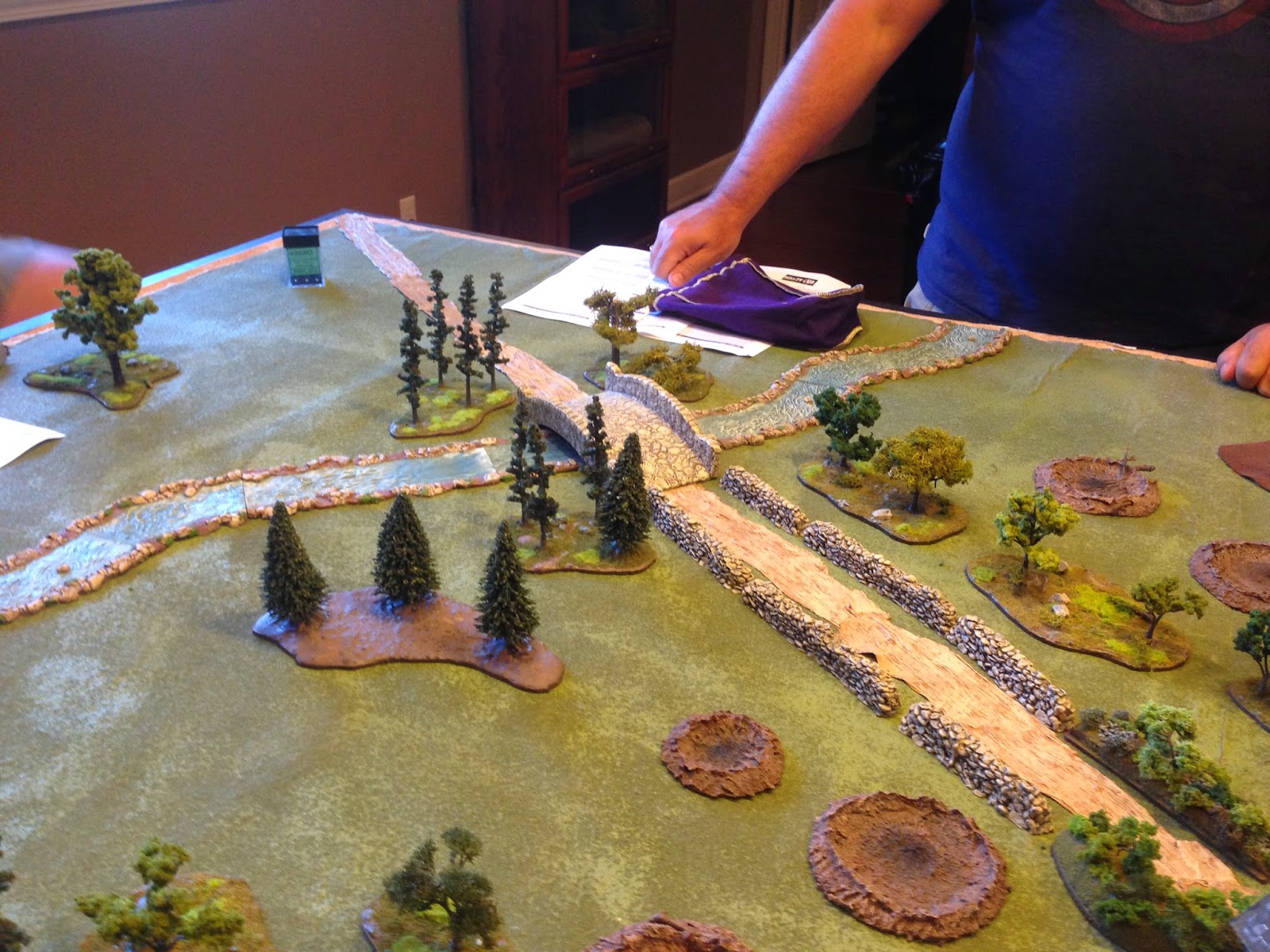 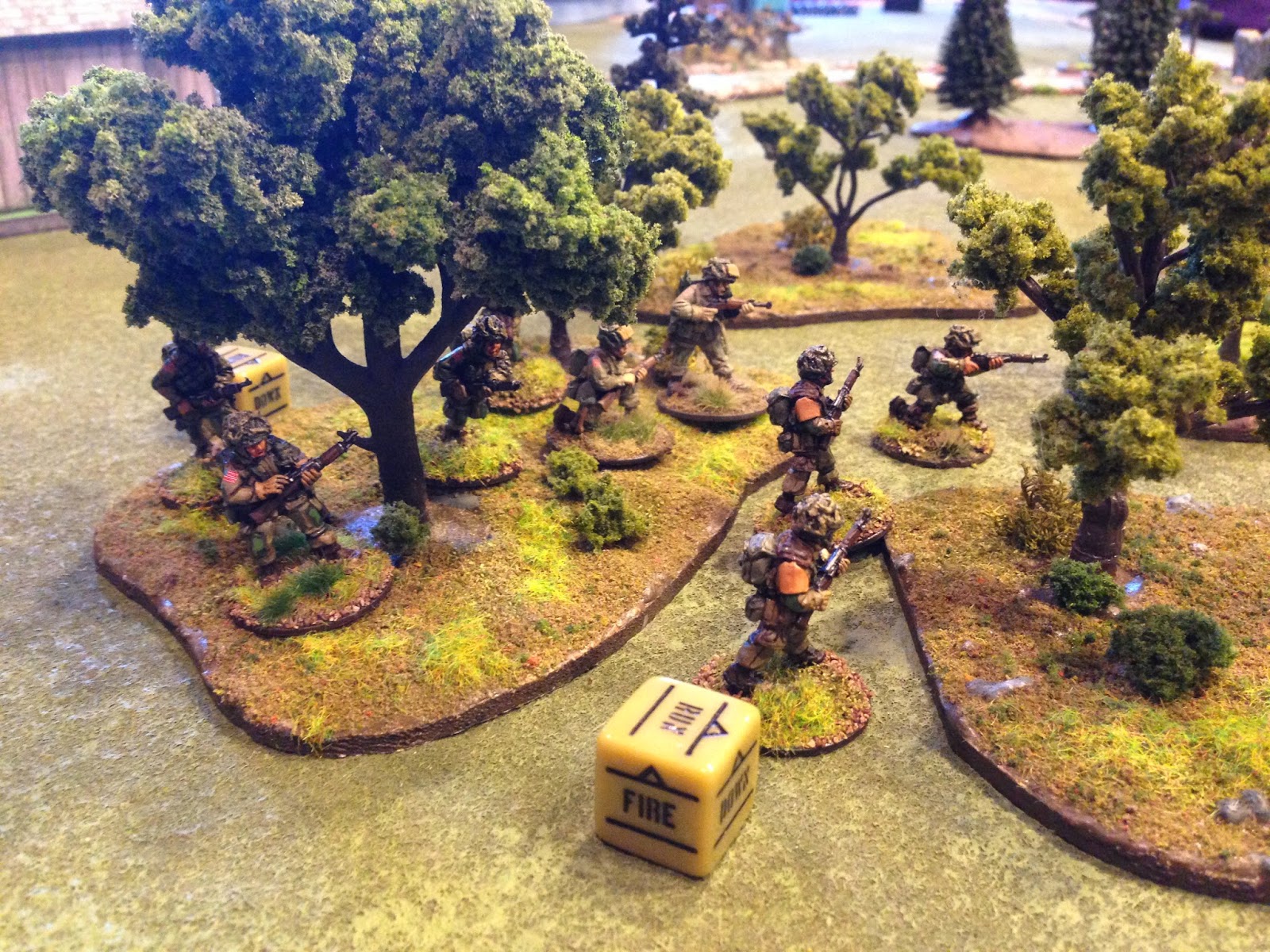 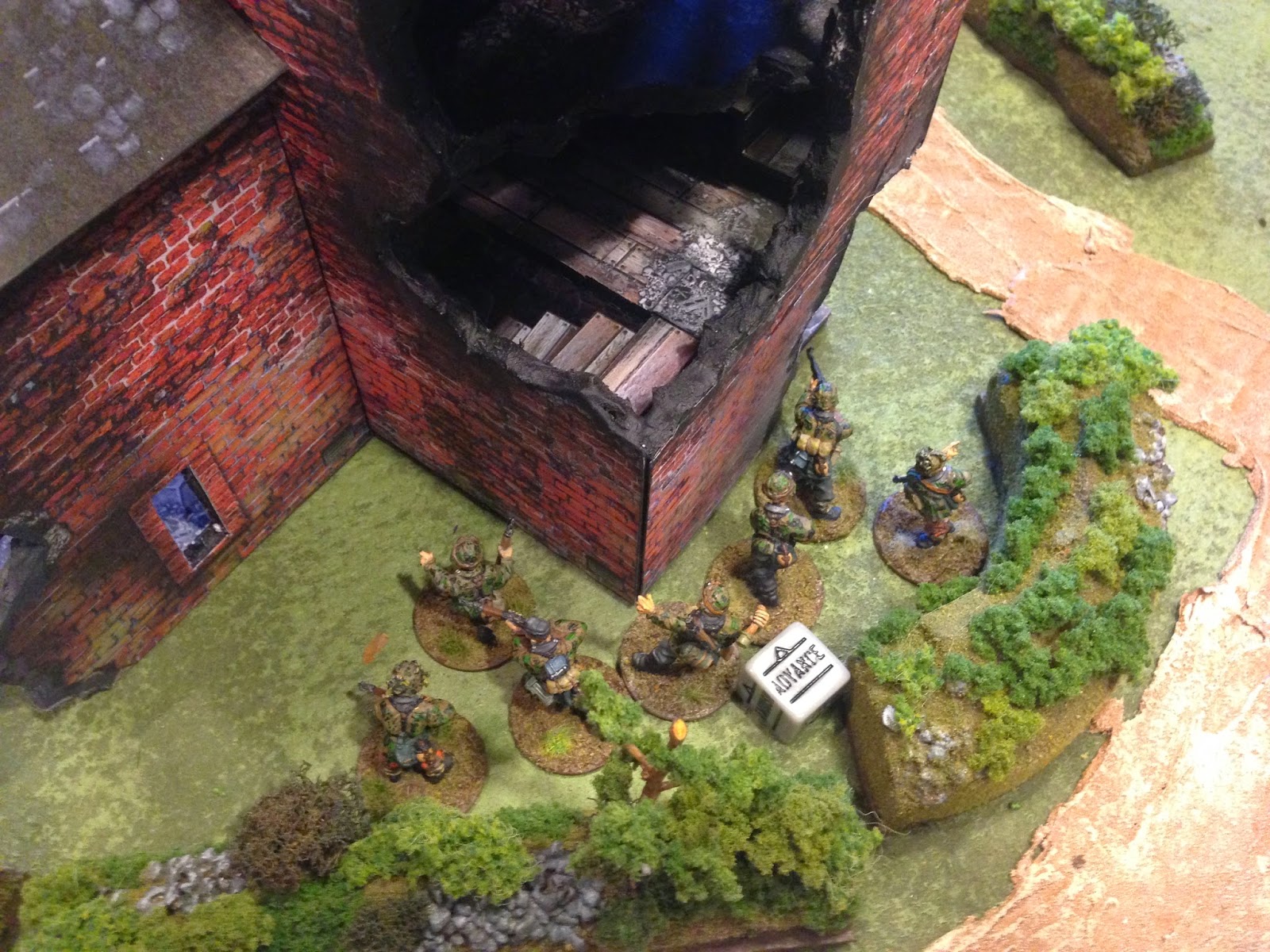 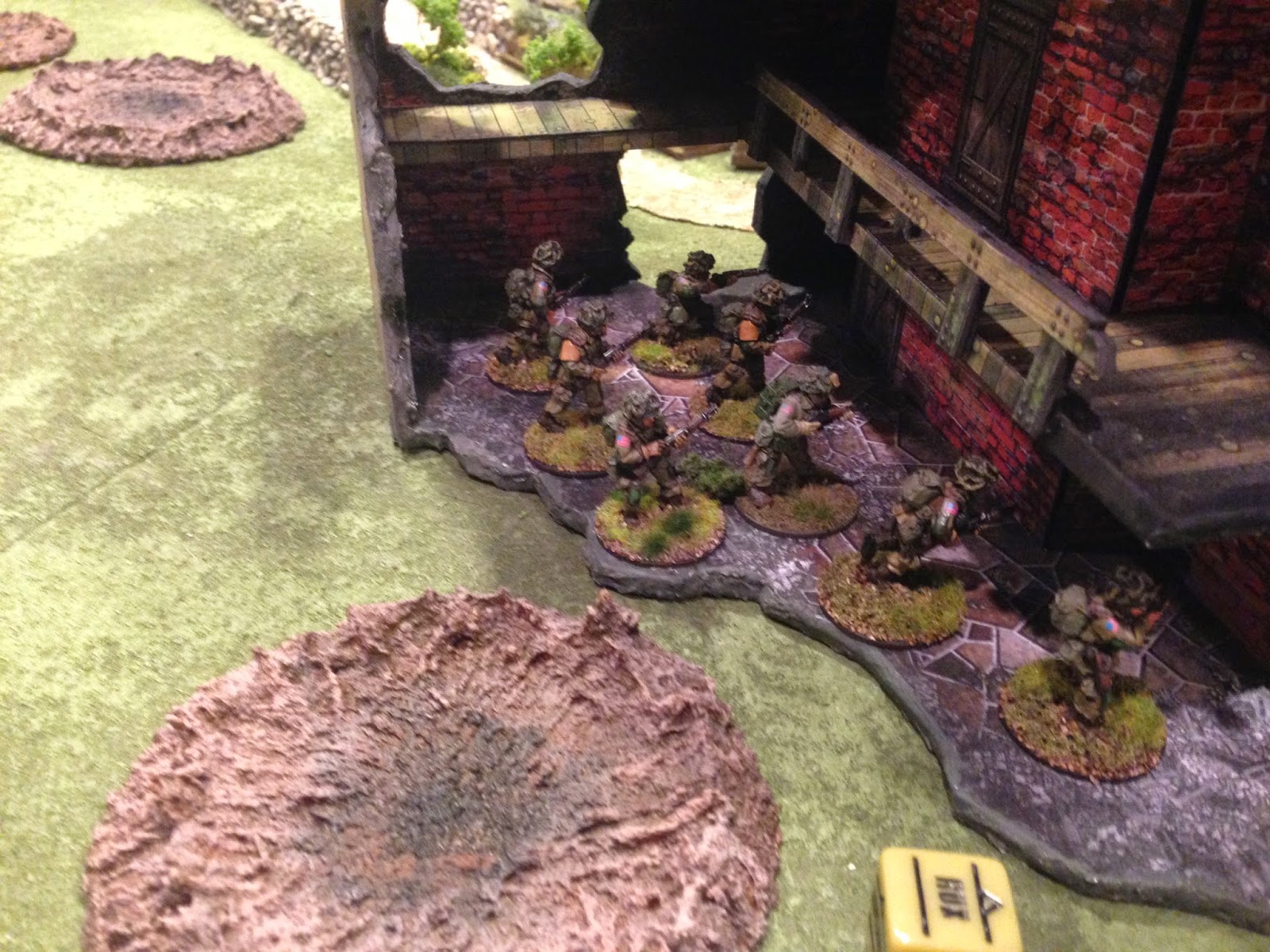 Bill made a good point in that most of our WW2 battles center around a structure or two in the center of the field that draw the heaviest fighting. I believe our next run at Bolt Action will feature an attack/defend scenario. My thoughts are something Brecourt Manorish with limited to no structures. I better get to work on my trenches and German towed artillery.
Posted by Jon F at 5/30/2014 12:29:00 PM

I am not big on house rules, but if we are going to play this I think we need at least one. I can't find anywhere in the rules where a unit can be hidden. There is pretty much no need for sniper units that can't be hidden. Now, they can be in cover and are a small unit, so they are really hard to hit. At the very least, they should not be the target of an area weapon like a mortar. I doubt they went sniper hunting with mortars. :)

Nice report Jon. As usual, your scenery and figures were absolutely gorgeous. I agree with Bill about hidden units. The other point I would make is about the initiative system. Pulling the die out of a back was a little slow. Perhaps having a colored chit per unit would be quicker and more random.