It is April 1862. For several weeks Federal cavalry has been probing Confederate lines a few kilometers north of the Rapidan River. Rebel picketts have done an admirable job of keeping cavalry units at bay long enough to establish a defensive line due east of the small farm of Clem Crockett. The cavalry reconnaissance has been able to gather information on positions and strength to report to headquarters of the Union Corp that has been pursuing the CSA division led by General Flagstone Jackmann.  On 6 April a Union division composed of 3 brigades approach the Crockett farm from the west. A well pitched scrap between two stubborn divisions would ensue.

CSA and US forces face off on the property of Clem Crockett. 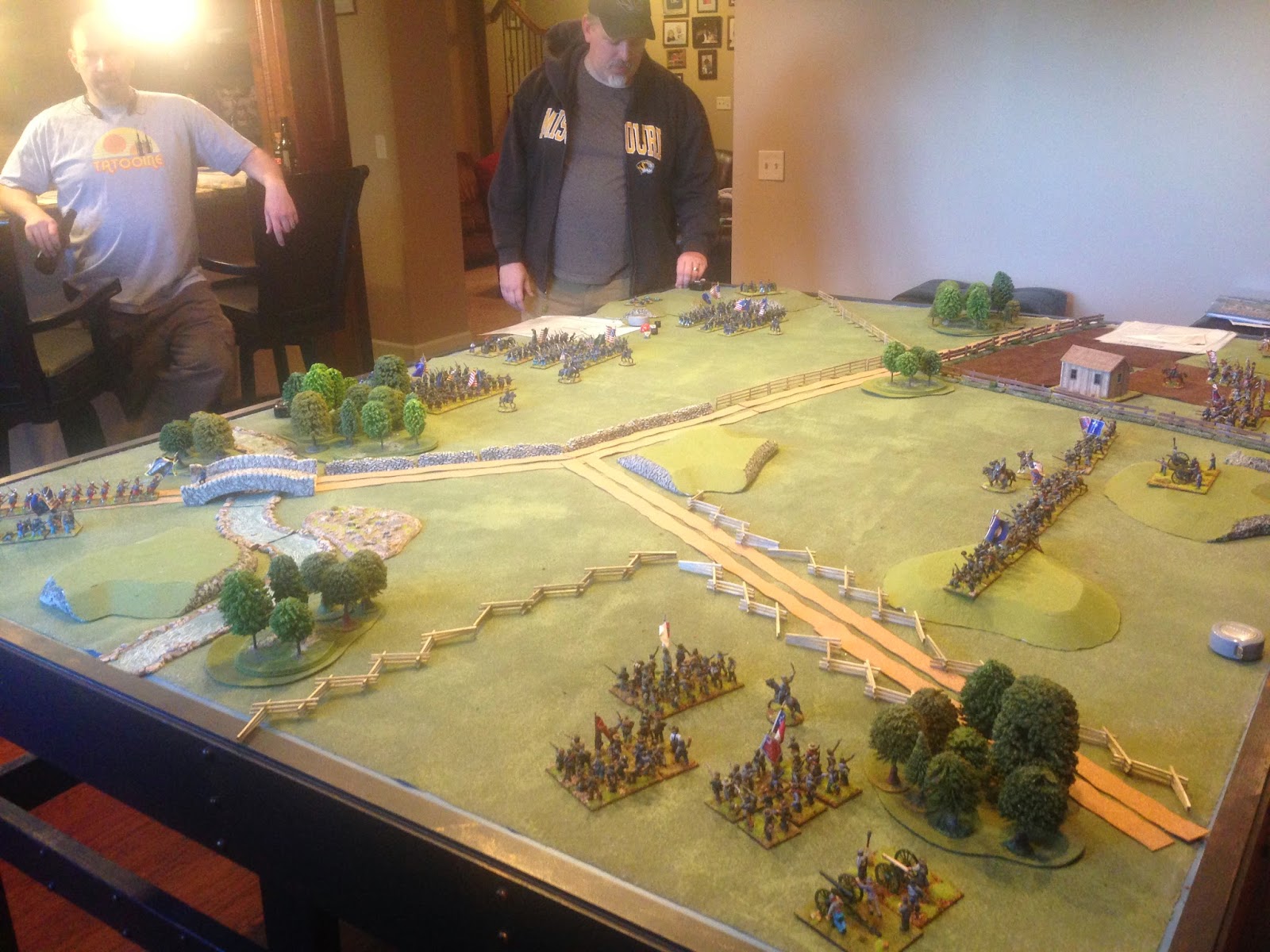 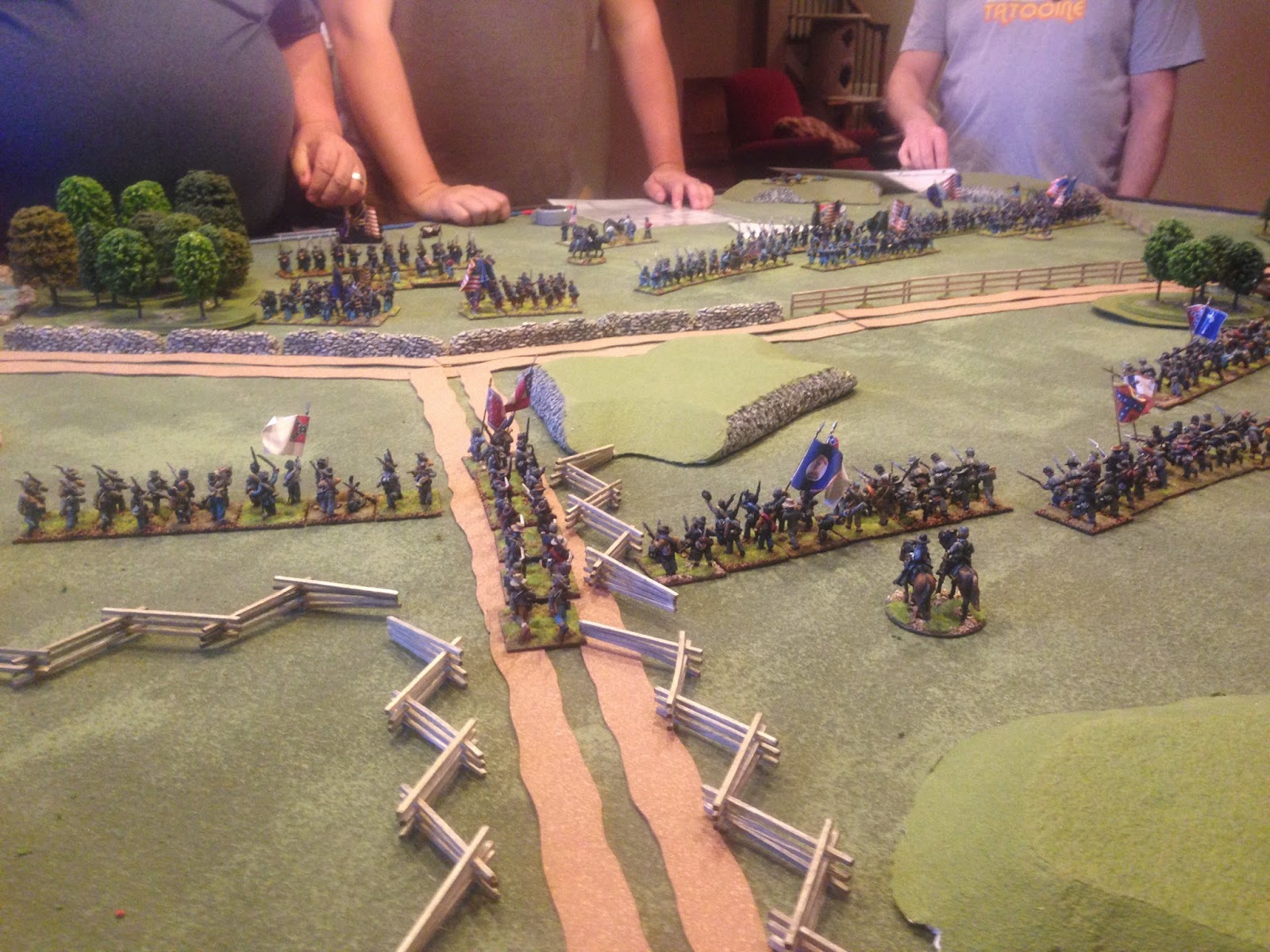 A rebel brigade tears up Mr. Crocketts beans while moving to counter the Iron Brigade in the North Wood. 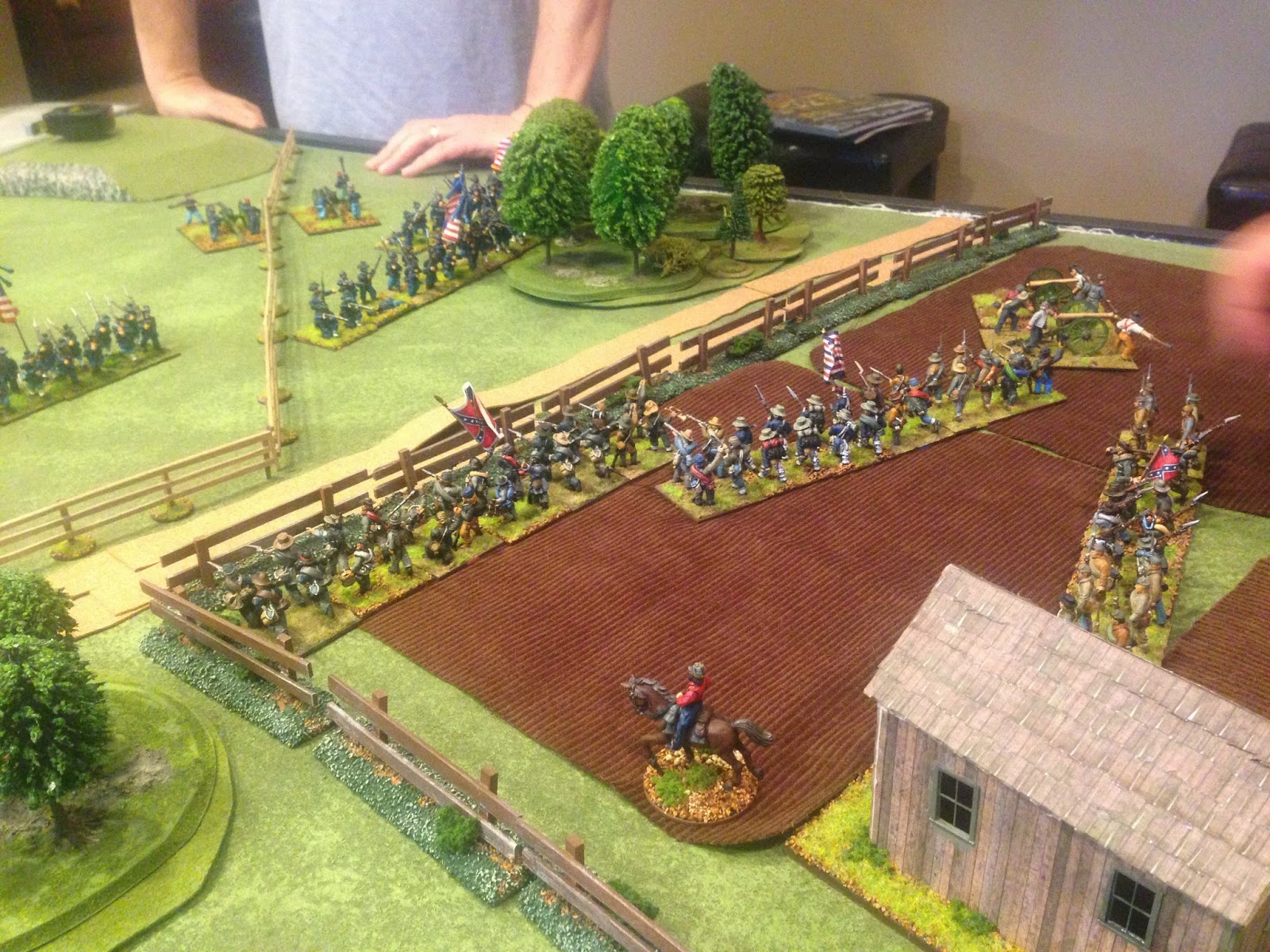 A small Union brigade approaches from the southwest in support. 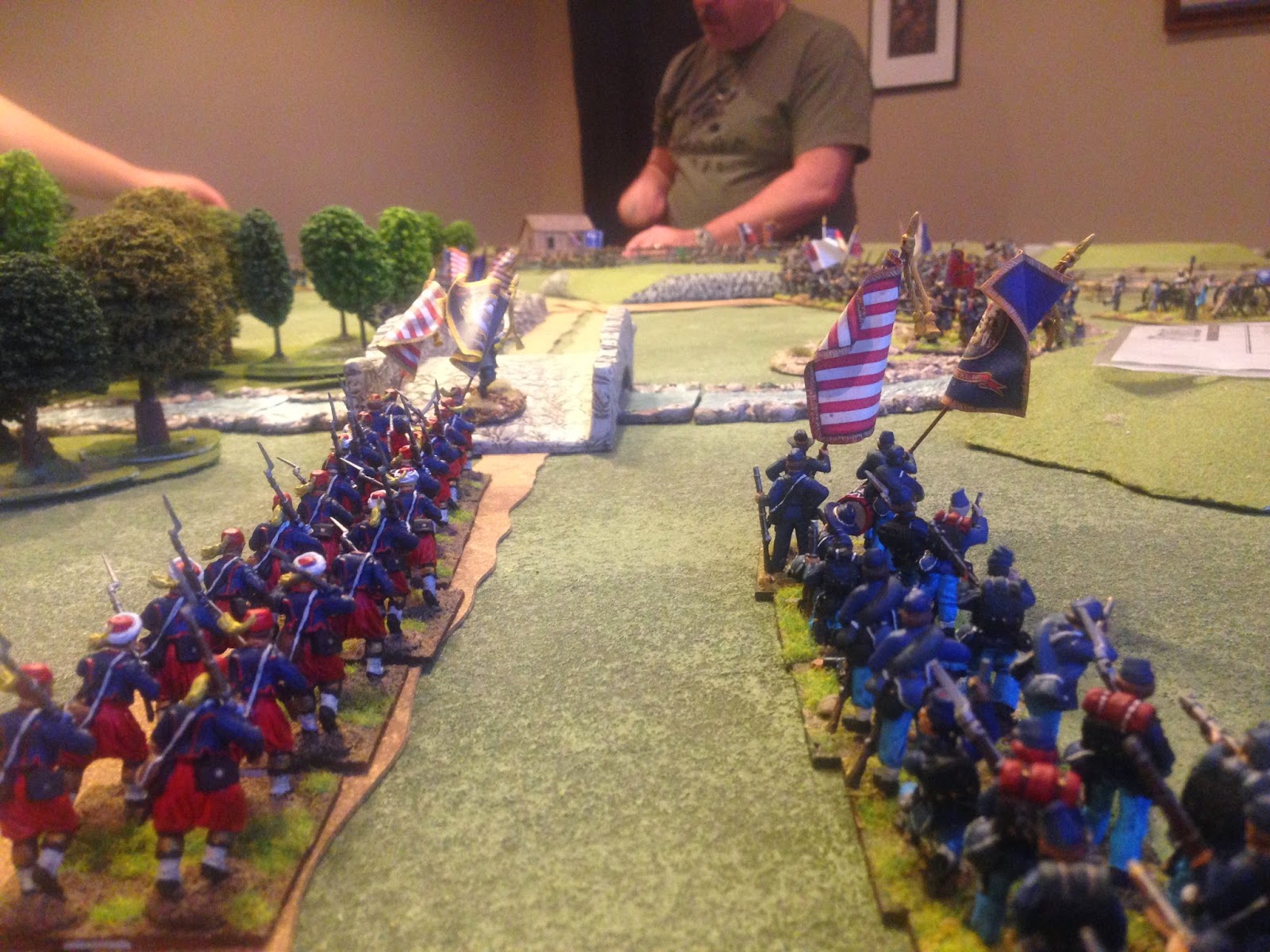 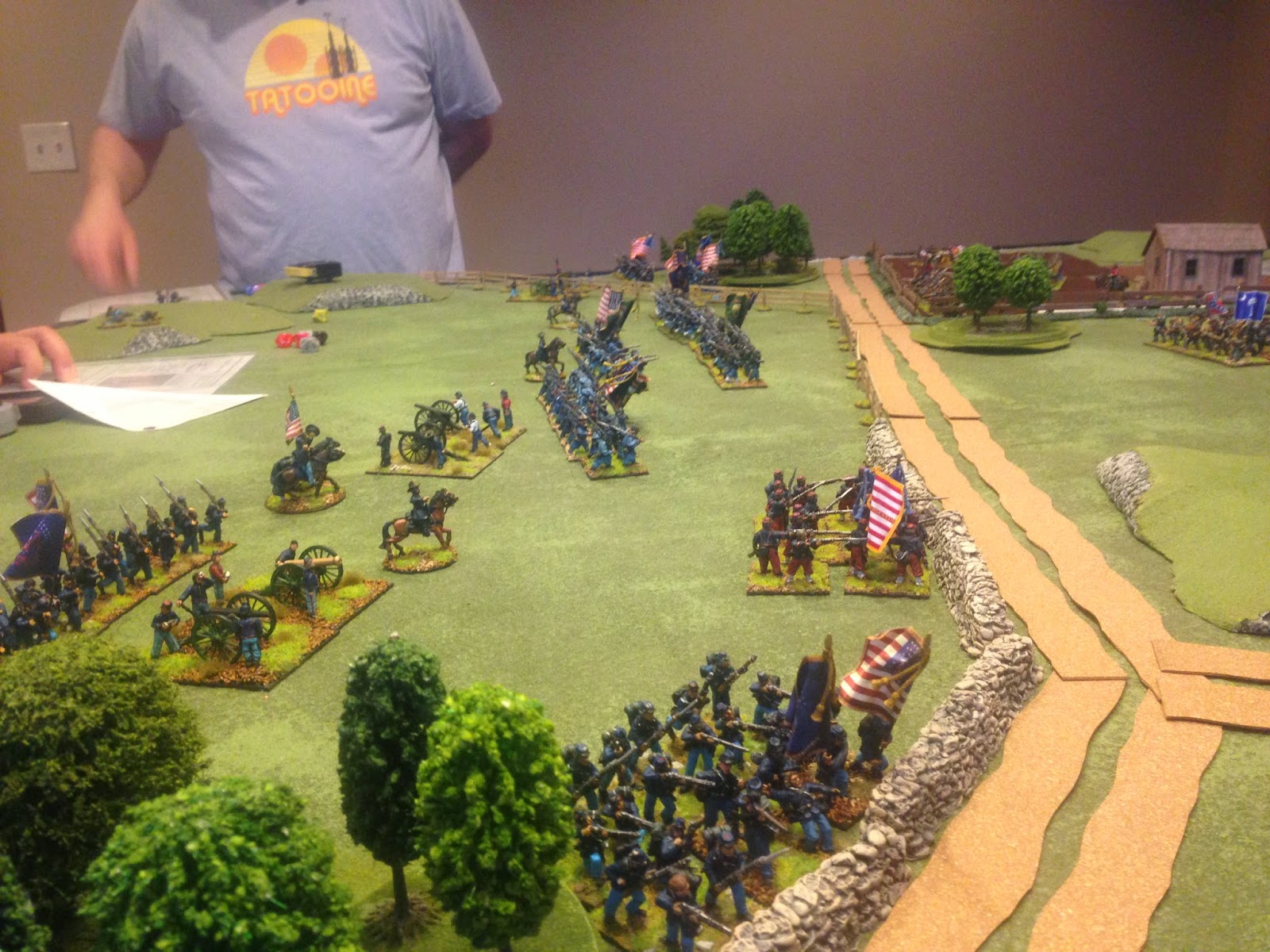 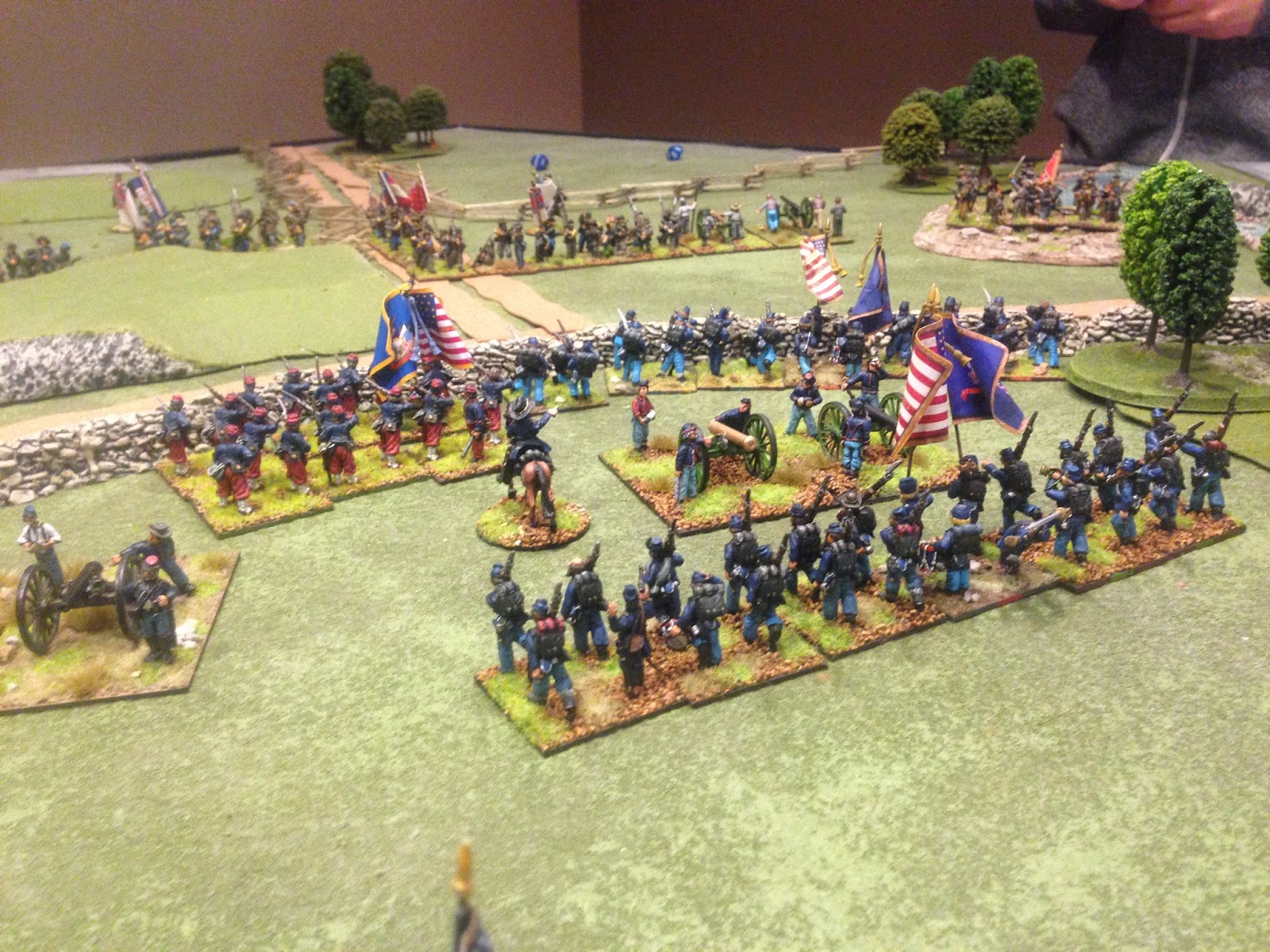 The Iron Brigade attempts to spring an ambush in the North Wood. 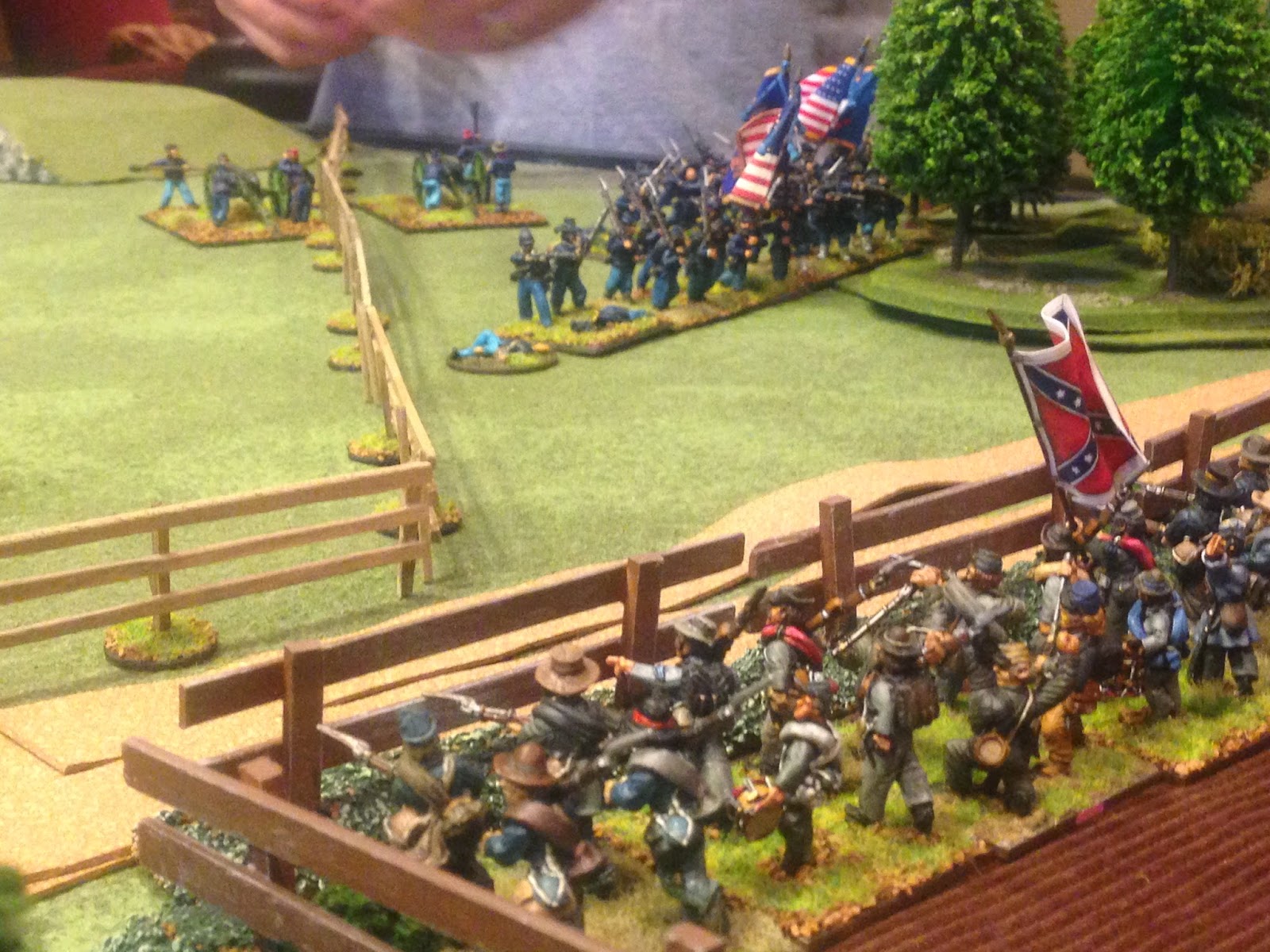 Fierce fighting unfolds along the Confederate left and center. 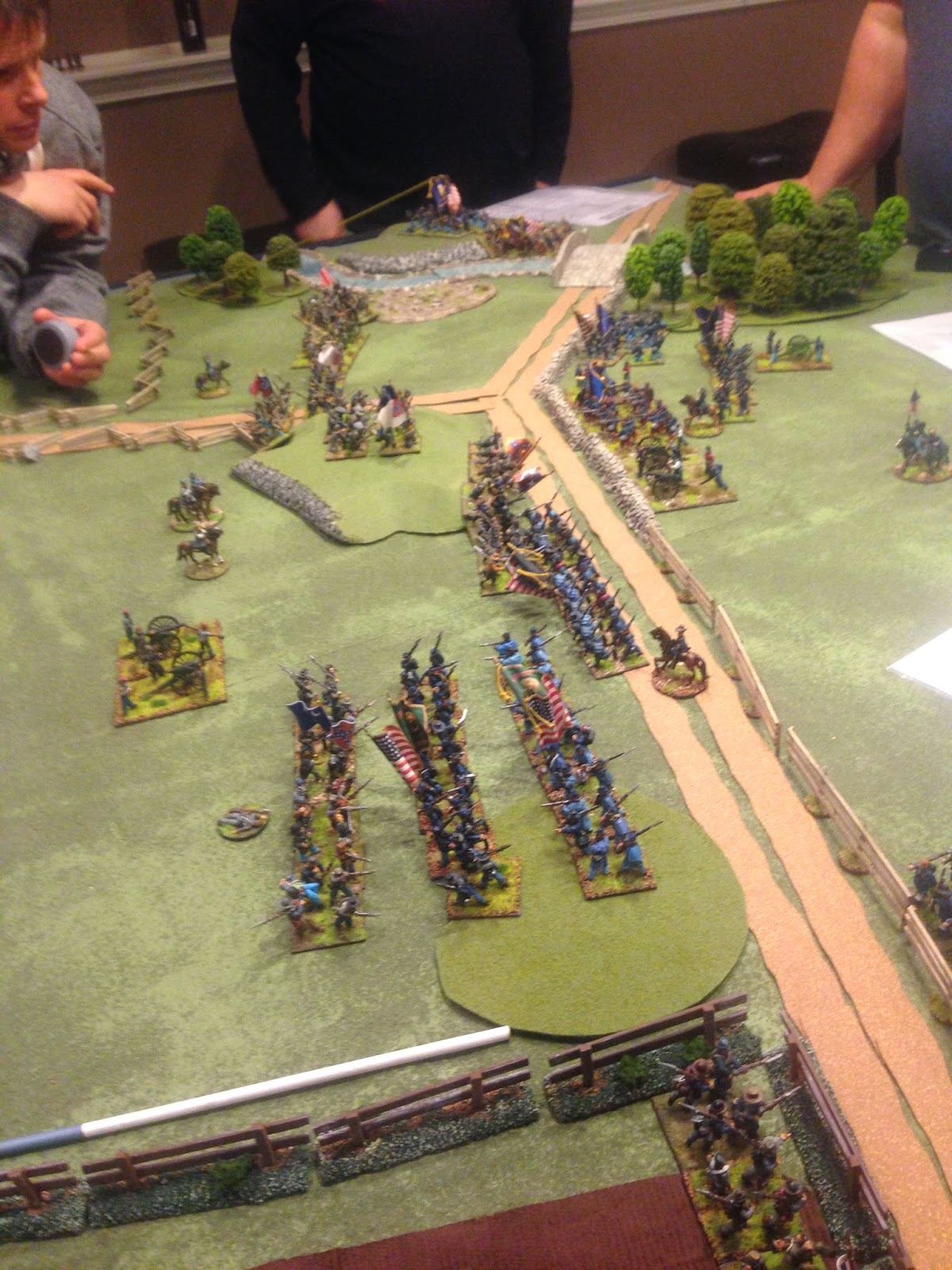 The rebs make a gallant effort of holding  yankees approaching from the southwest at bay. 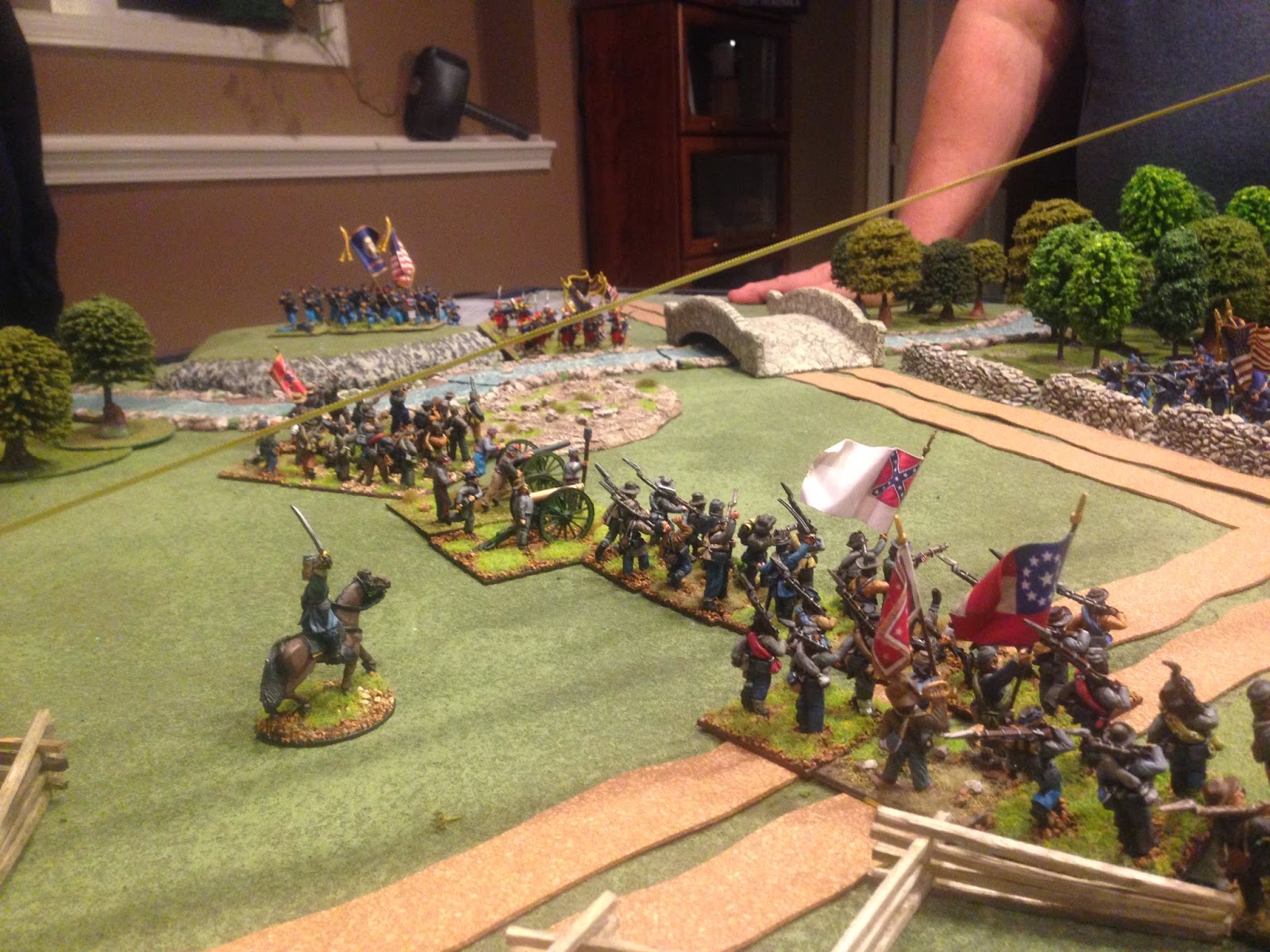 The rebel left begins to punch holes in the Union lines. 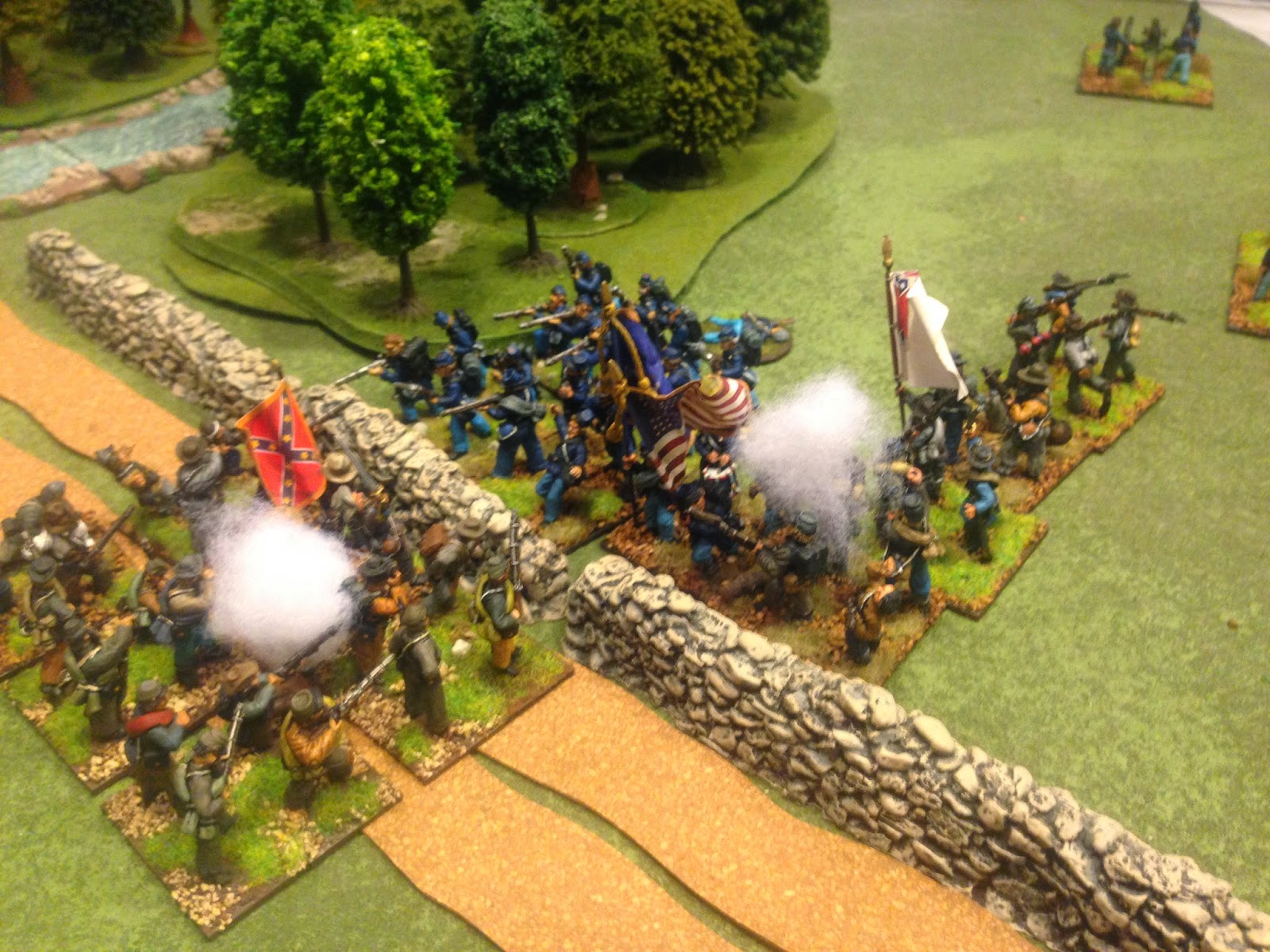 A regiment of the Irish Brigade rushes to support the Iron Brigade currently tangled with A.P. Hill's brigade. Clem Crockett is none too happy. 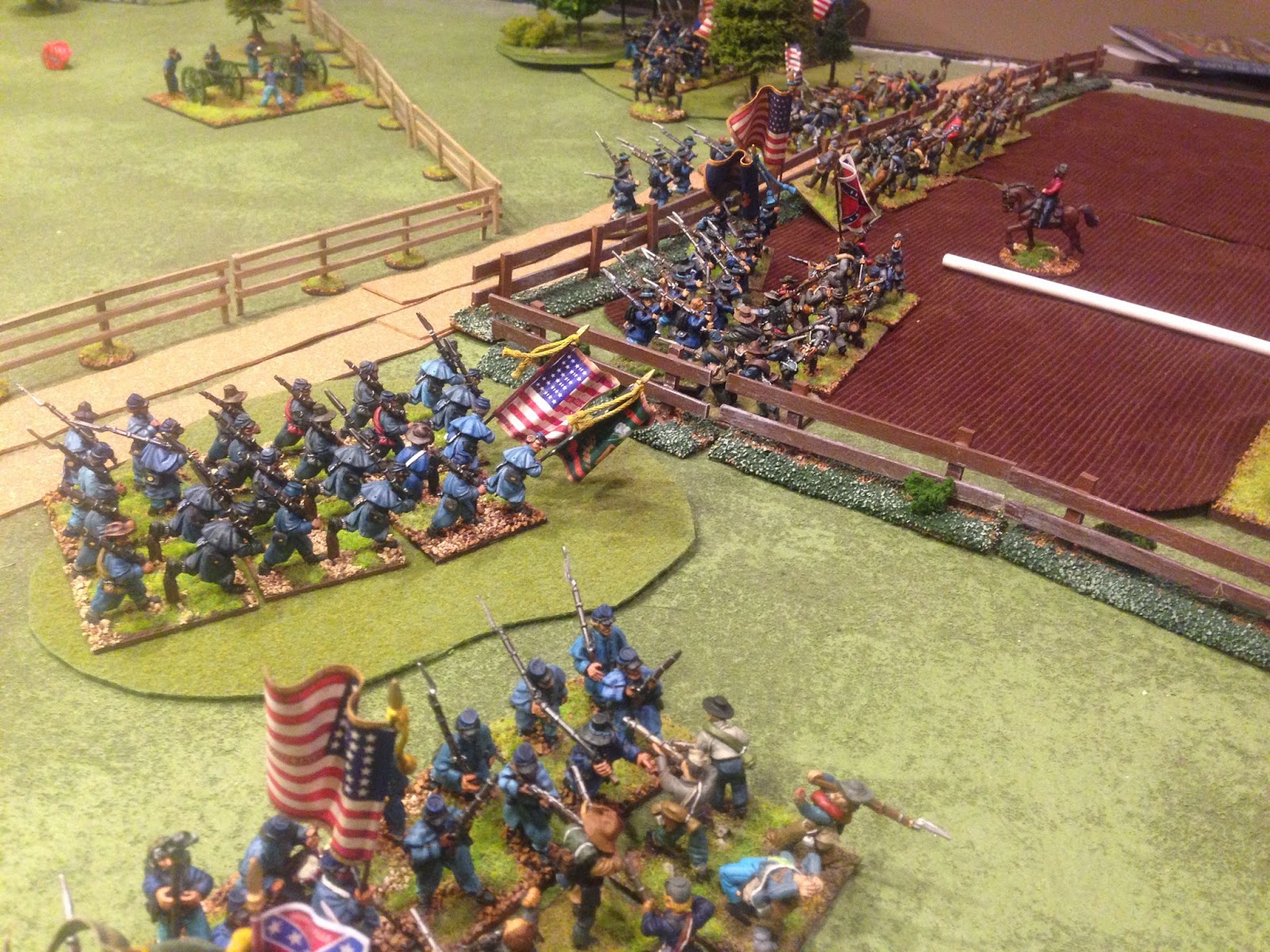 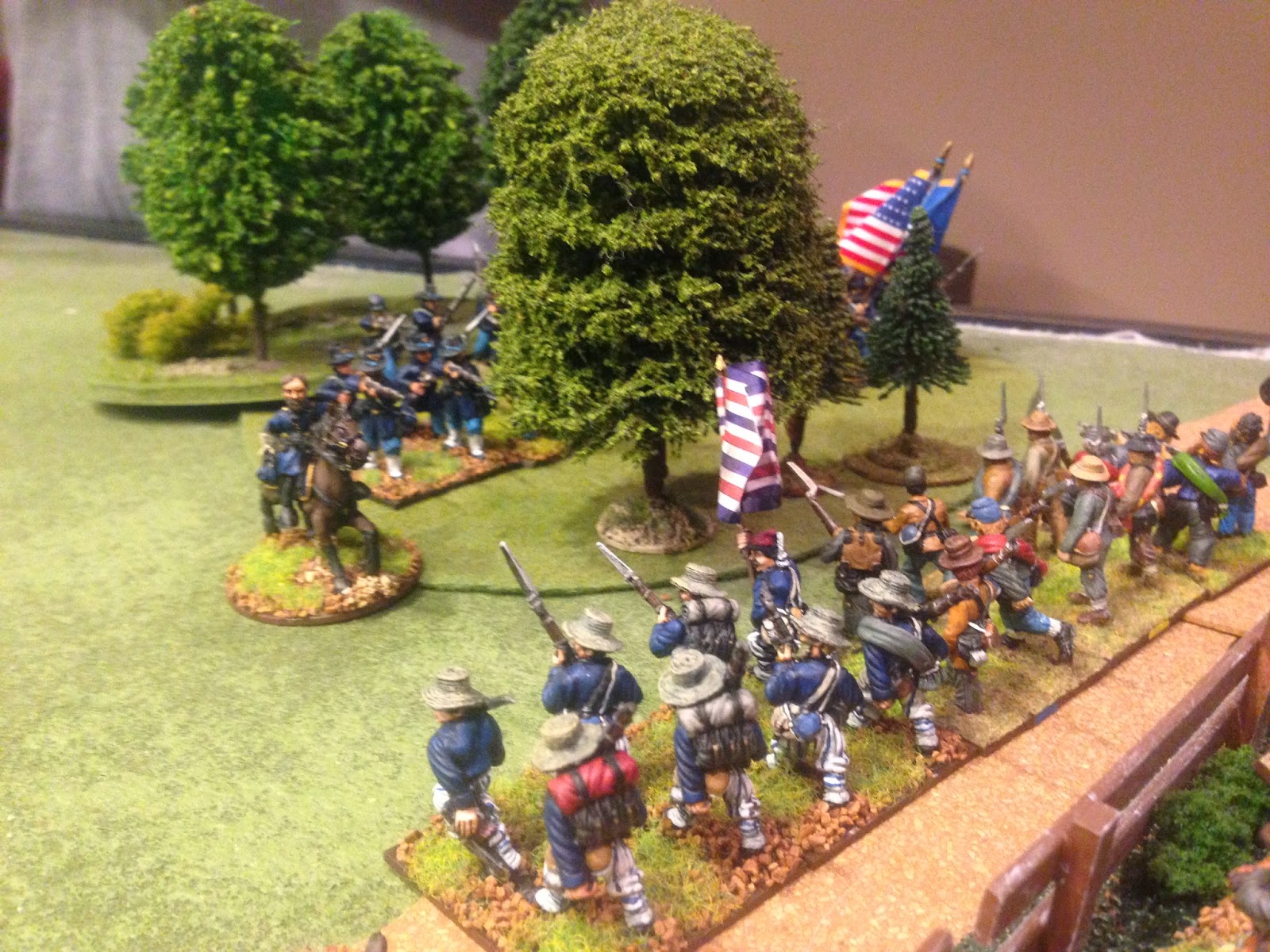 Much blood spills in the middle. 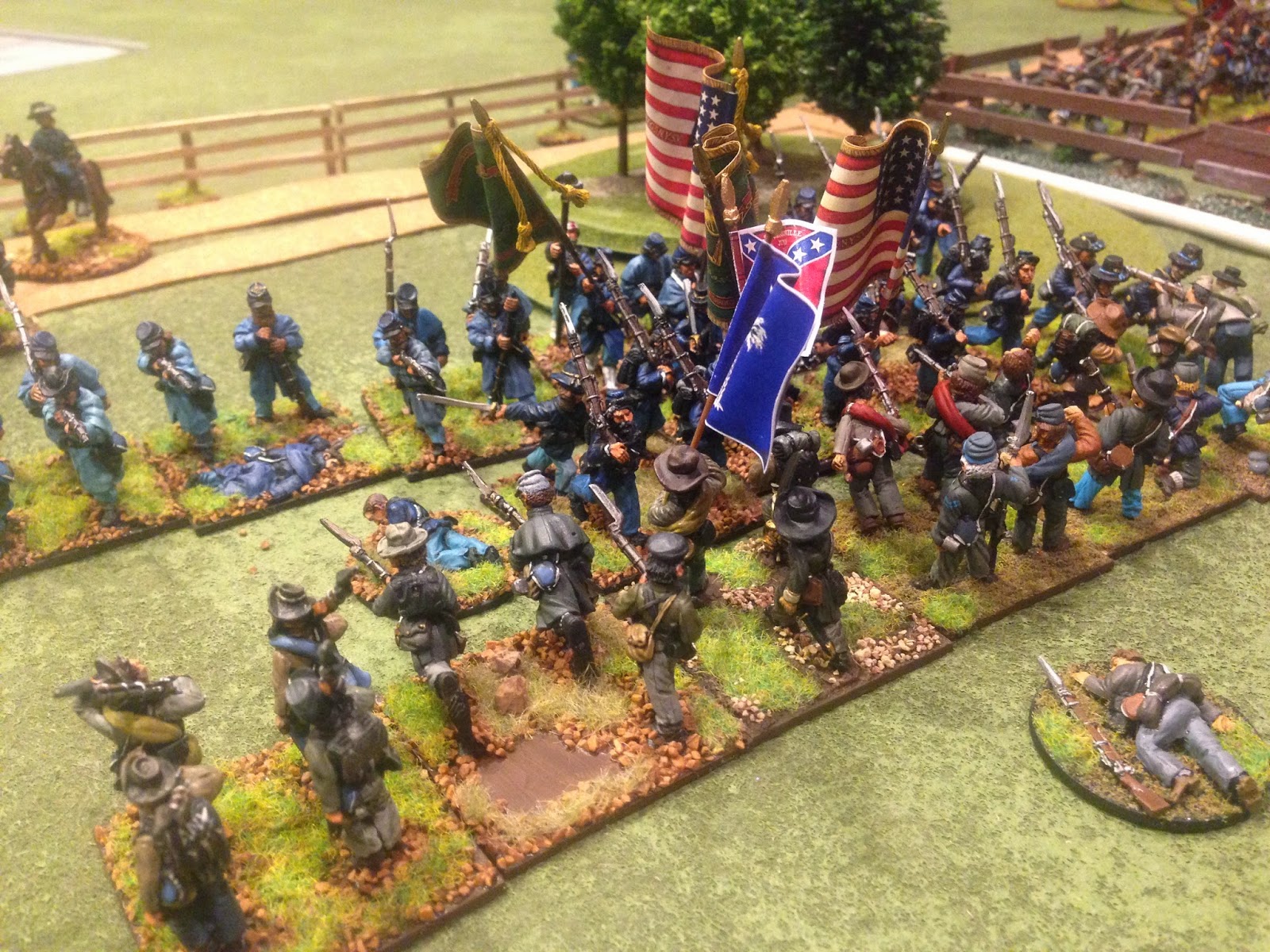 The day's fighting would end in a draw where both sides would learn valuable lessons that would go down in the annals of history and on to be repeated in battles over the next three years of bitter conflict.