Last night the Baron Baron's Blog opened the doors to his home for a night of holiday gaming and cheer. We ran the first scenario out of the Regimental Fire & Fury vol. 1 scenario book. This is the first time I have been a part of a game using one of the RF&F scenarios.  Before I proceed,  I must say RF&F is probably my favorite of all the ACW rulesets I've played with Black Powder being a close second (because of its simplicity). I love the work Rich Hasenauer and crew has done on the rulebook and both scenario books. Since I have been a part of the Basement Generals group for a little over 3 years now (wow, time flies), we've played RF&F a half dozen times or so and it seems there has been a level of frustration each time. I believe a lot of this has to do with the complexity of the modifiers, however this night Union Forces under the command of Brig. Gen. Ebenezer Pierce would be plagued by less than desirable rolls and too many green troops. Adding to their woes would be a a single Confederate gun on the Union left flank refusing the yanks from organizing an assault. All in all the battle followed the events of June 10, 1861 with the yanks being repulsed not to return to the Virginia peninsula until 1862. 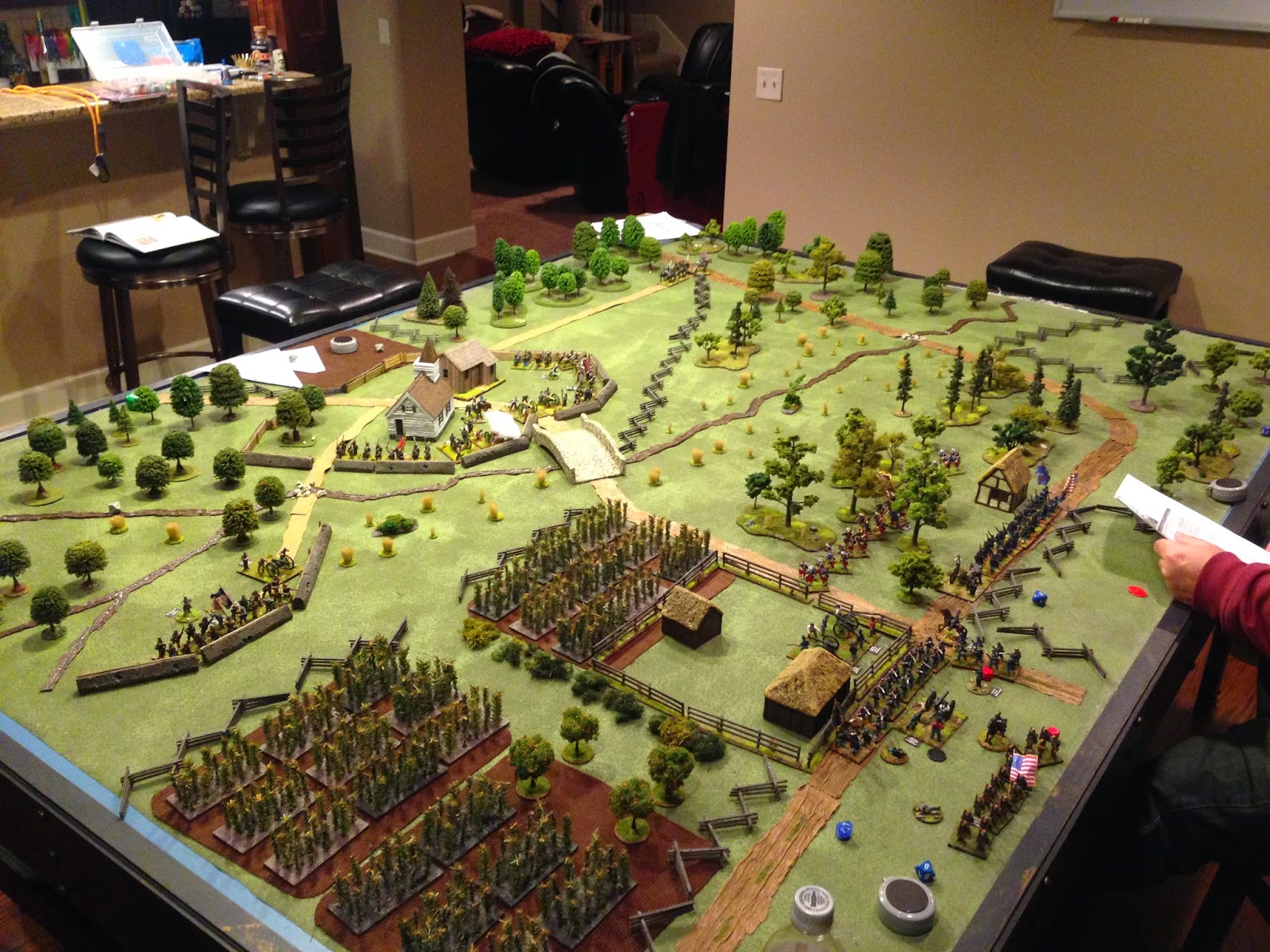 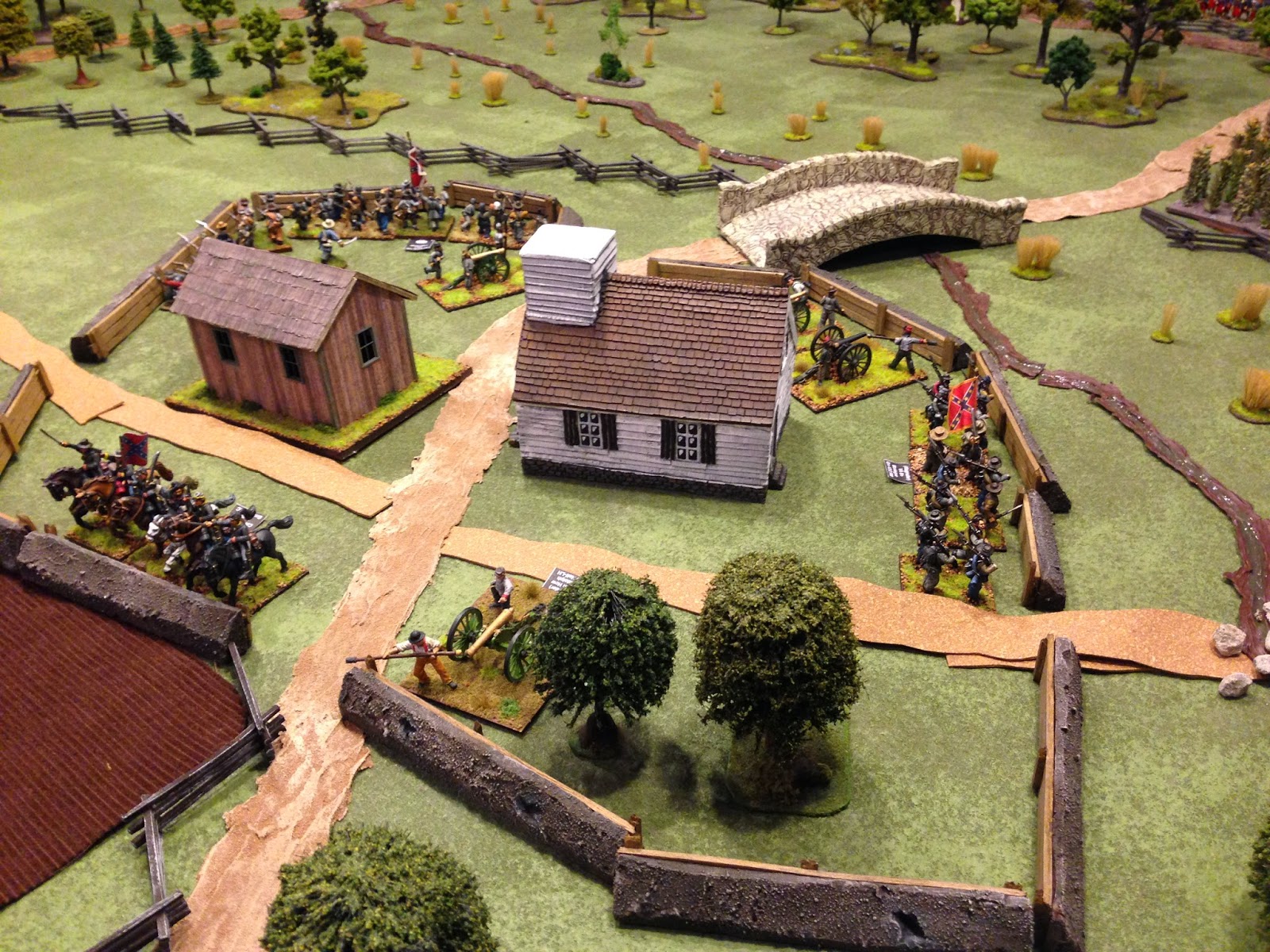 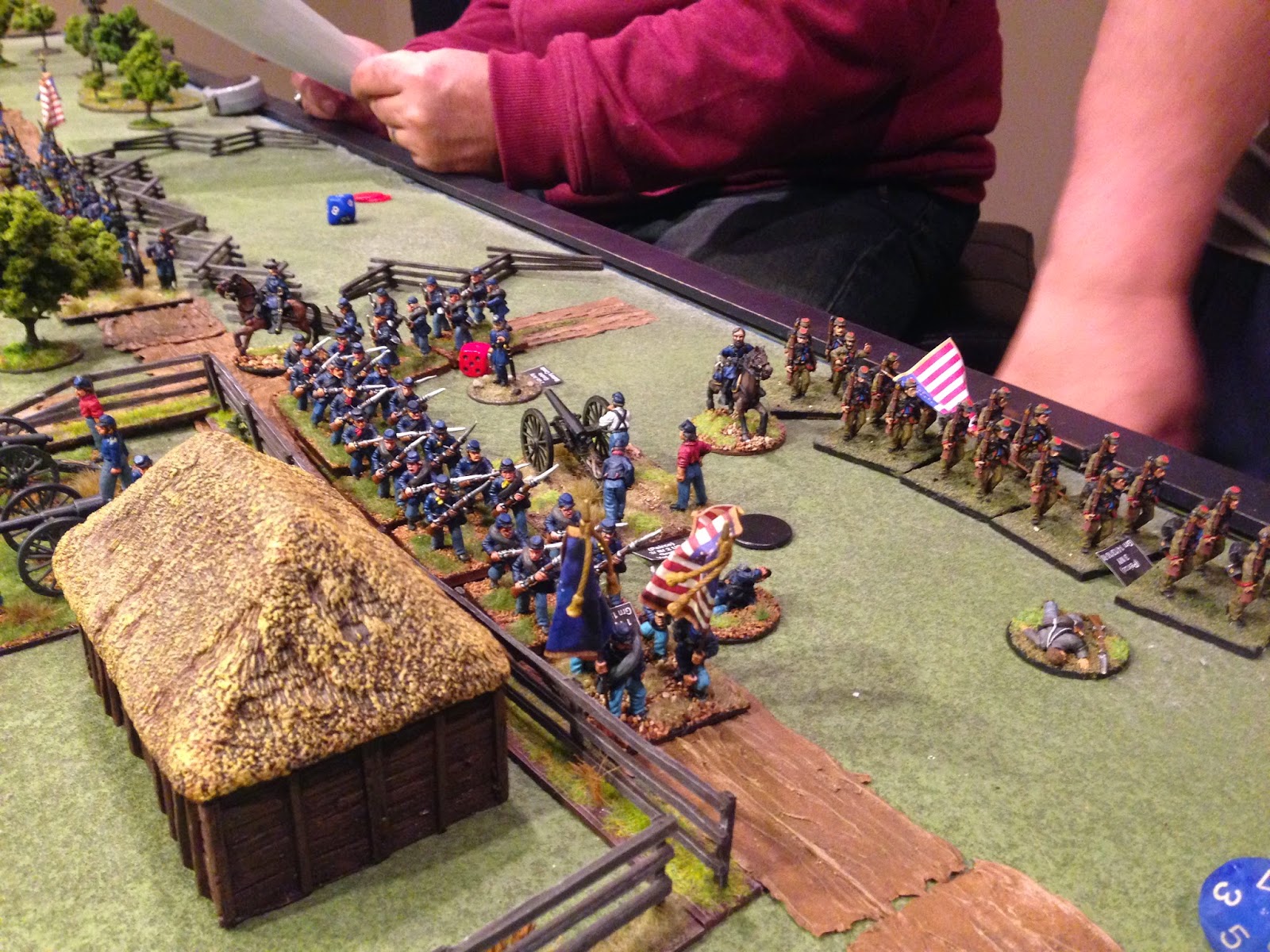 Union forces attempt to organize at the blacksmith's shop 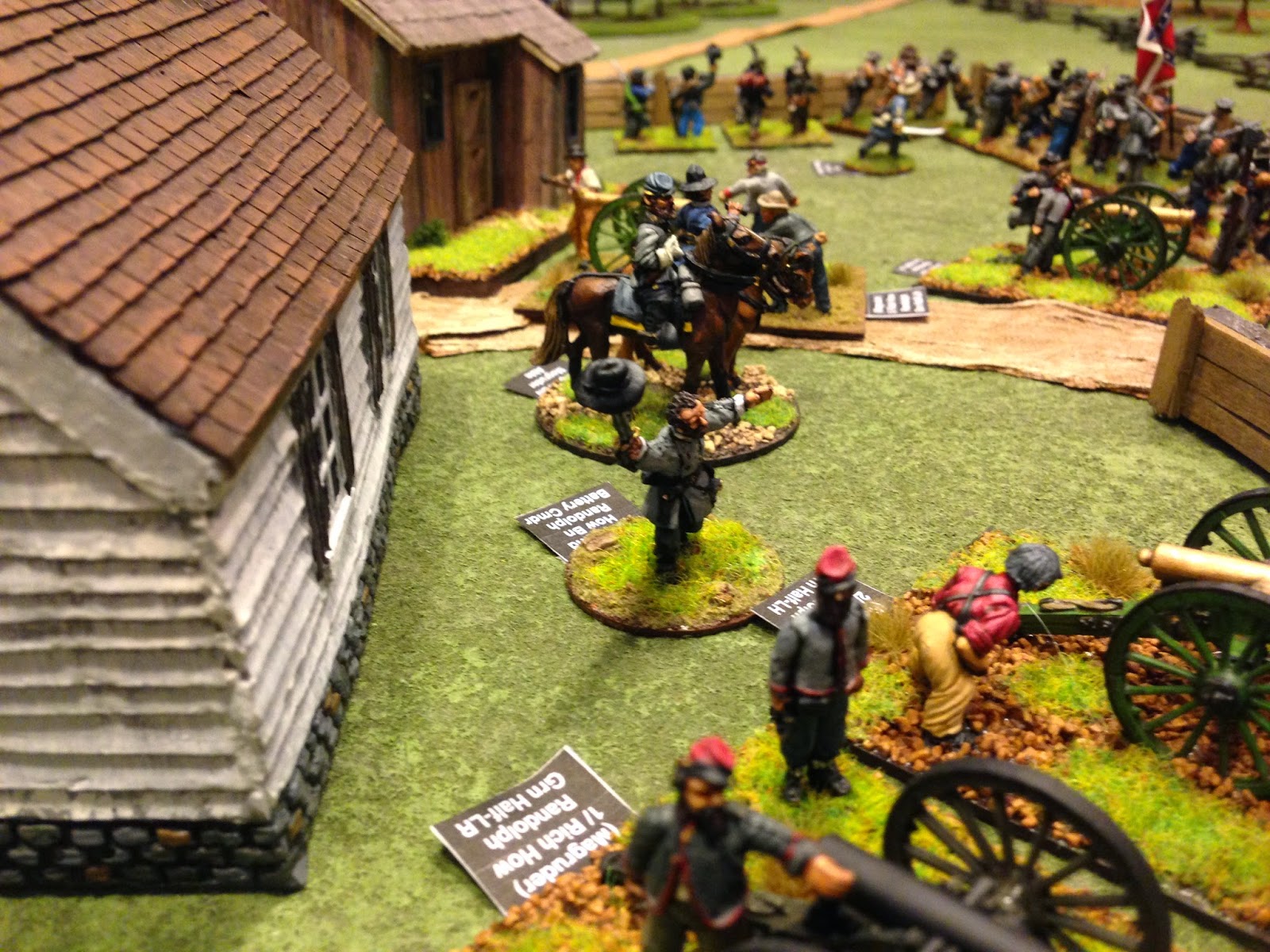 Keep pouring it on em, boys! 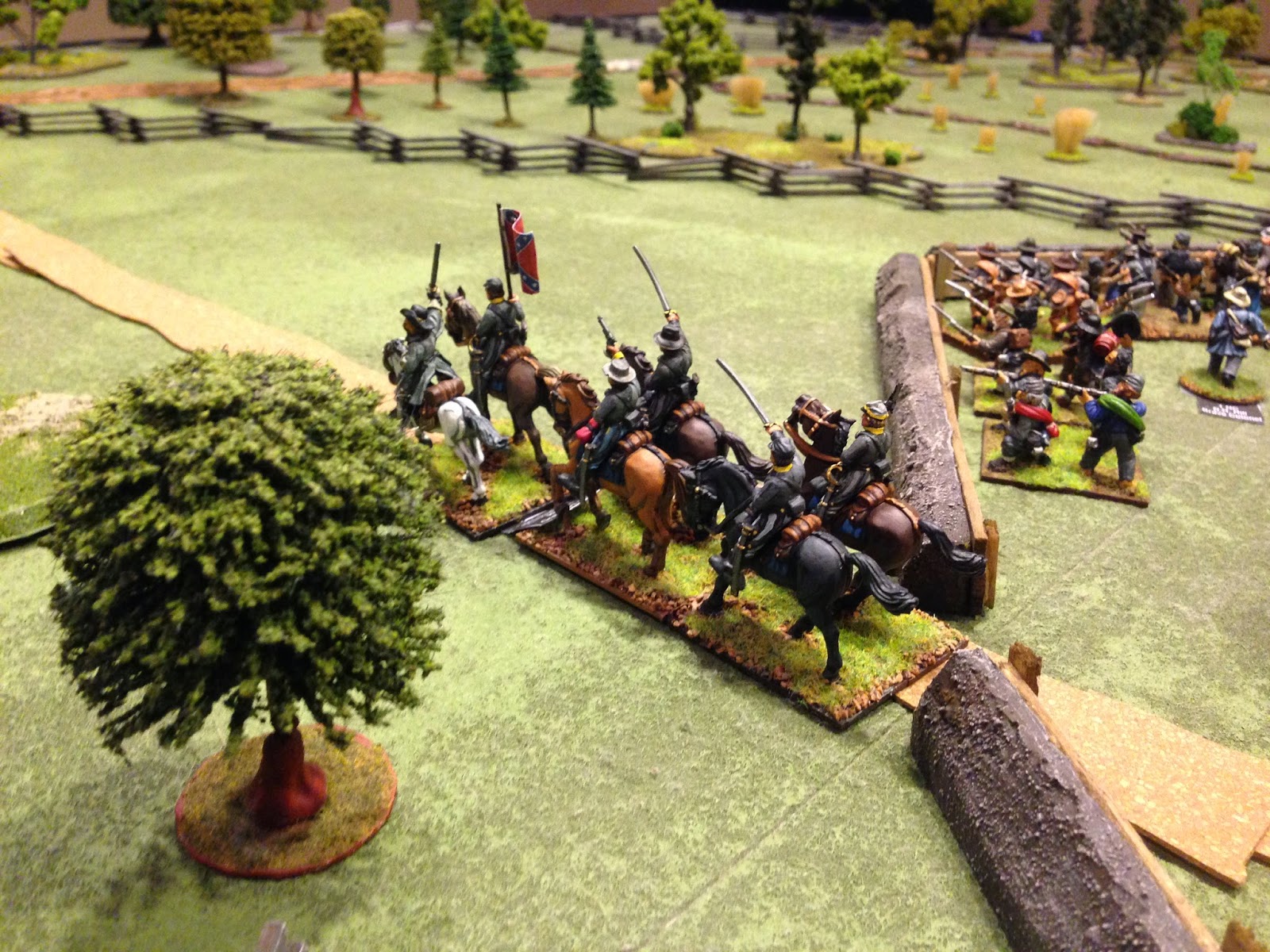 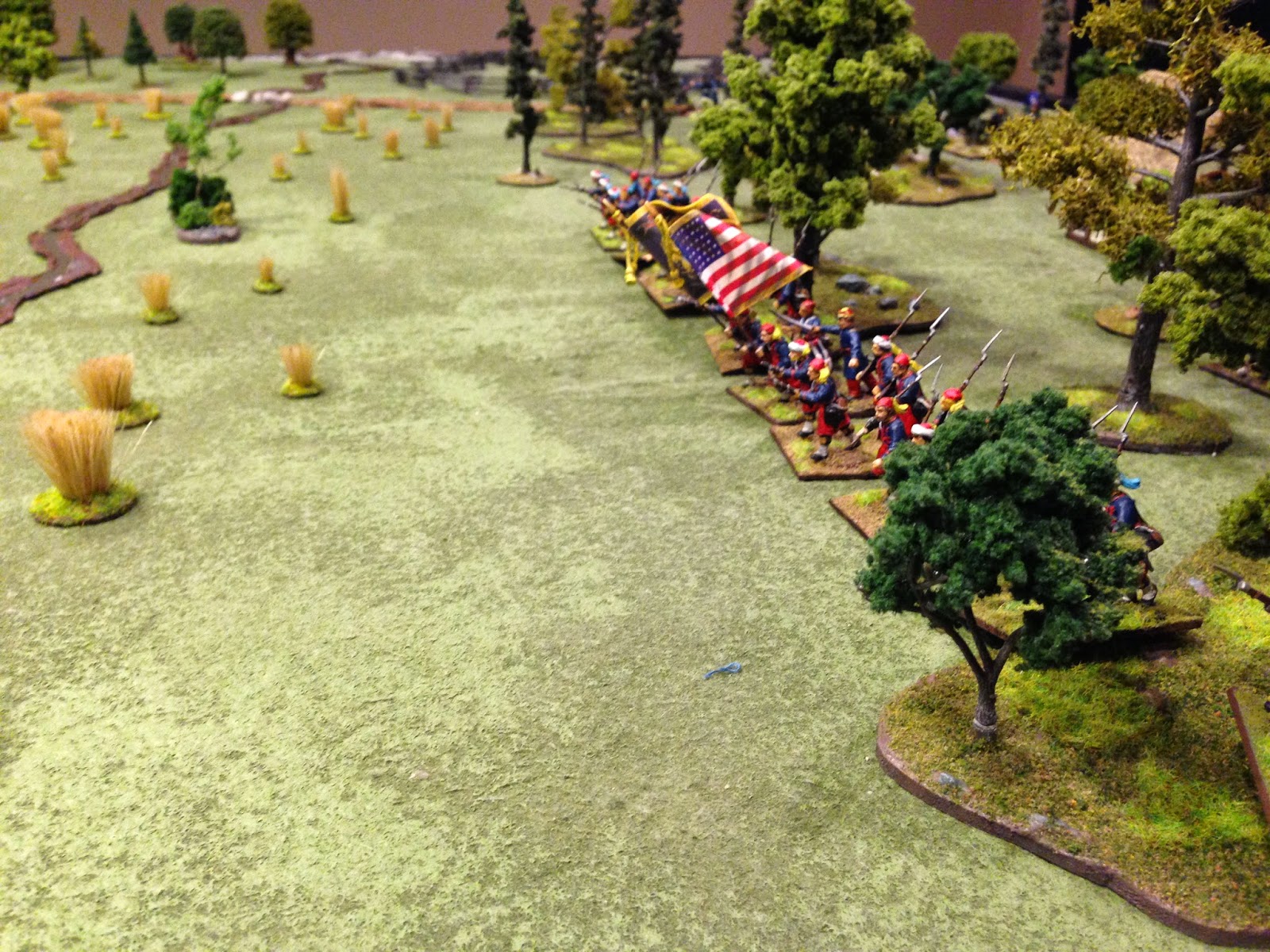 The 5th N.Y. "Red Devils" emerge from the tree line and attempt to move on Brick Kiln Creek 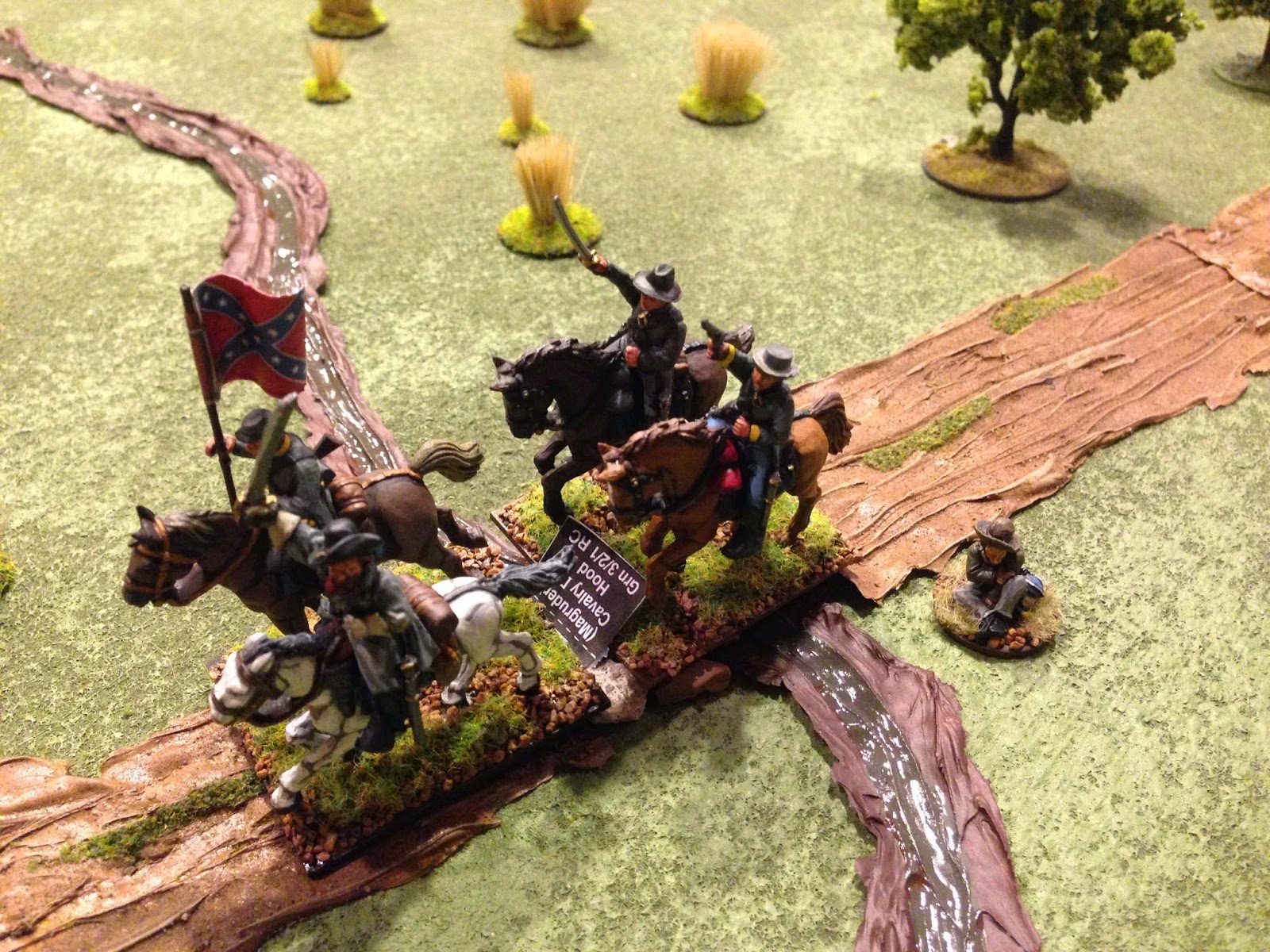 
In addition to my other terrain projects, I decided to add a bunch of fencing and walls too. Actually, I made these fences a few years back but upgraded the bases. I've had the walls too, but decided to add riders to many of them. A while back I purchased a mold kit from Hobby Lobby, so now I can make as many of the stone walls as I want. The original pieces were scratch built as well with bakeable clay and gravel.  I figured I'd need a ton of this stuff so I made around 12 linear feet of both. 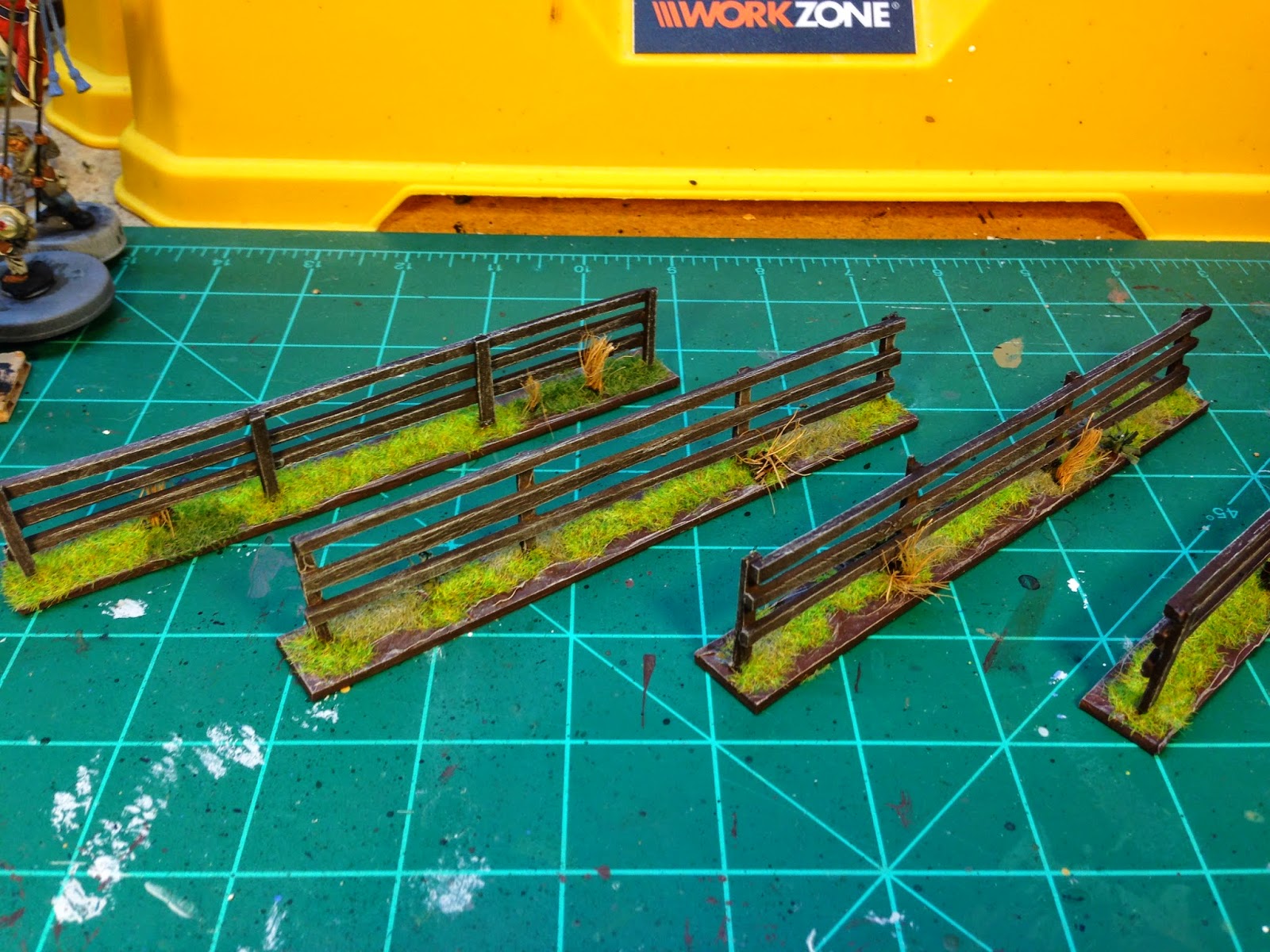 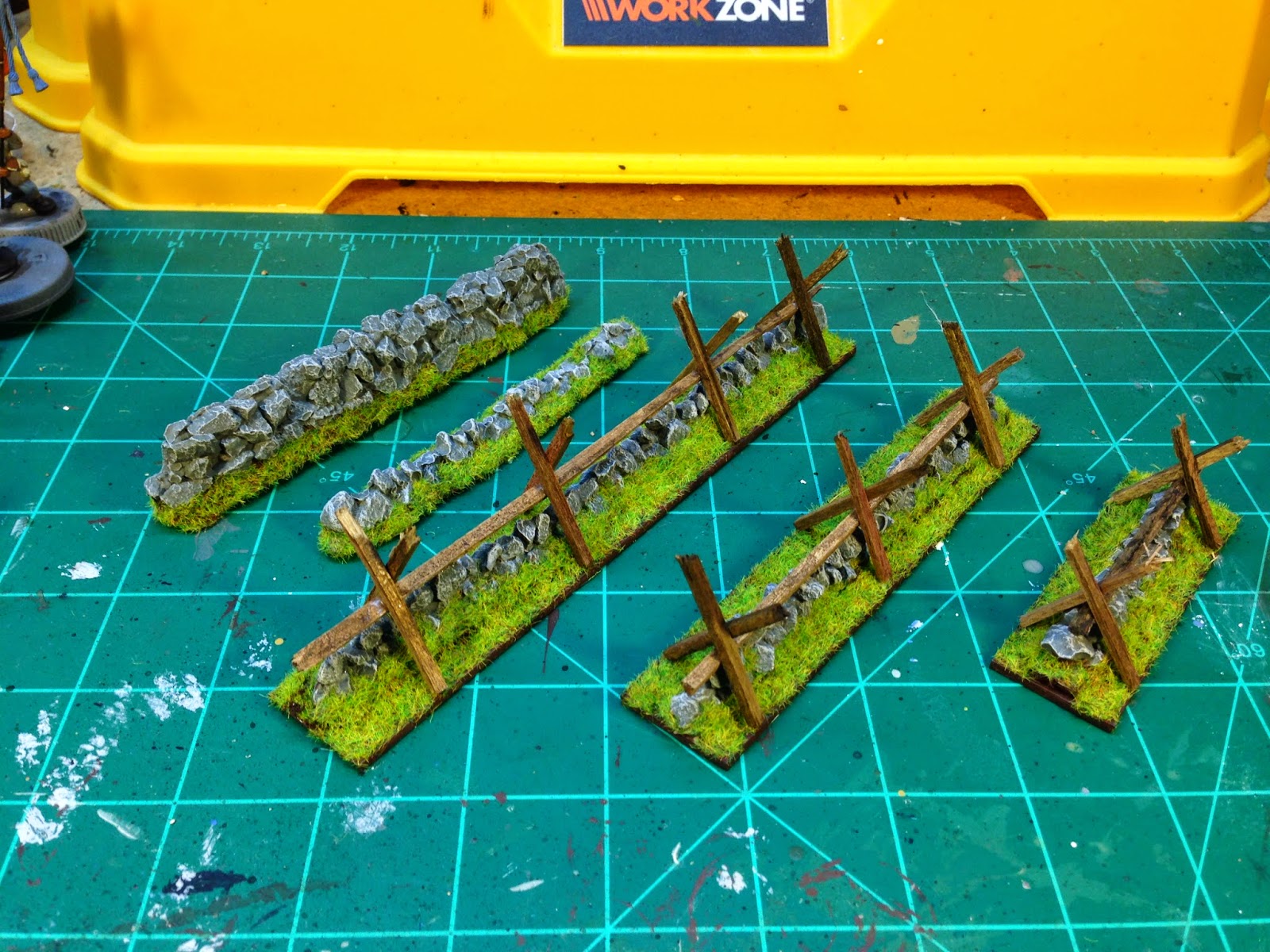 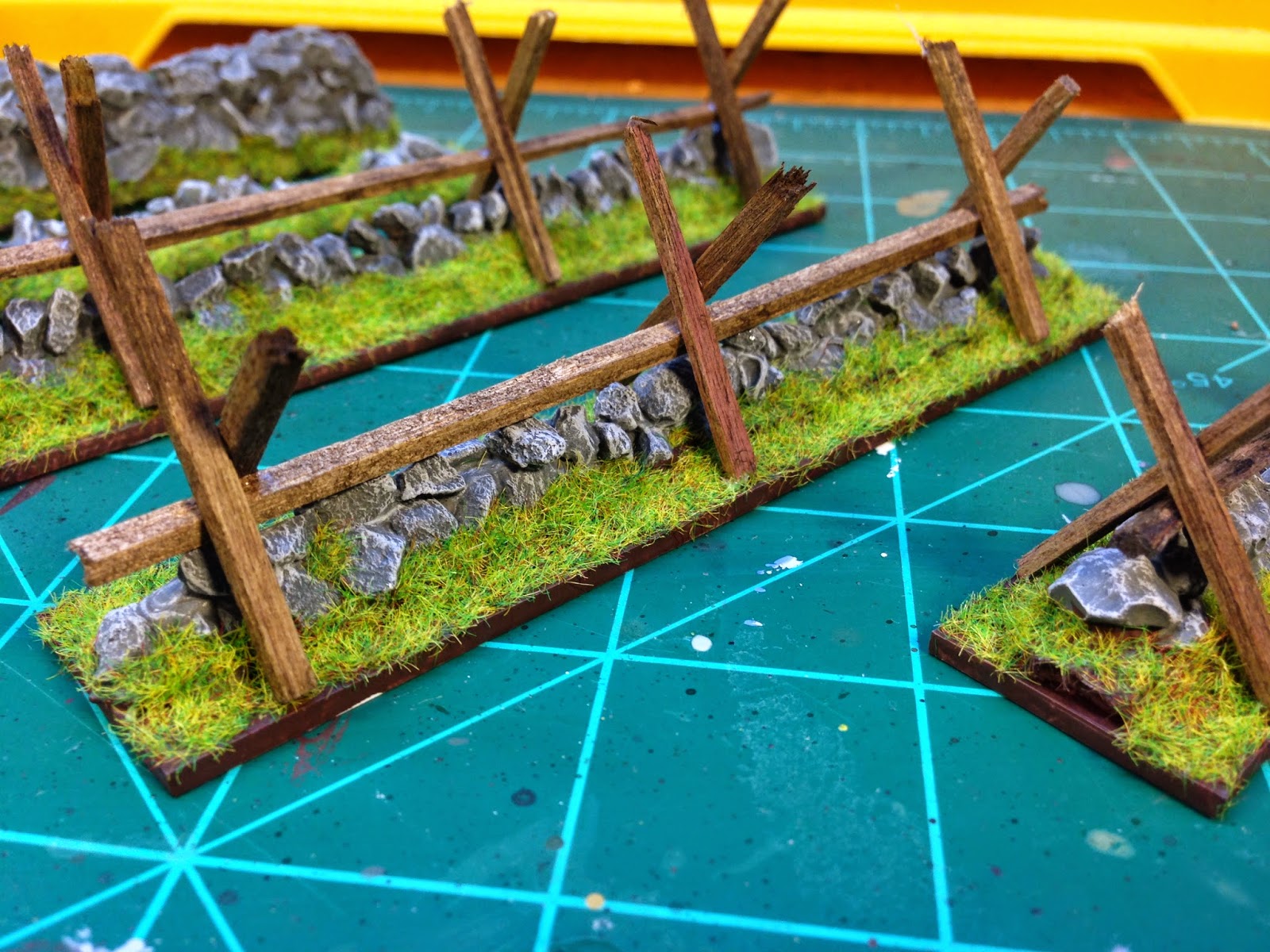 Email ThisBlogThis!Share to TwitterShare to FacebookShare to Pinterest
Labels: Terrain


Who doesn't need a cornfield? I figured I'd better somehow come up with one - so what do you know, I made one. Actually this was another very easy project to complete, it just took a little time and patience. To begin, I cut several pieces of Sintra into 50mm x 50mm and 50mm x 90mm pieces. 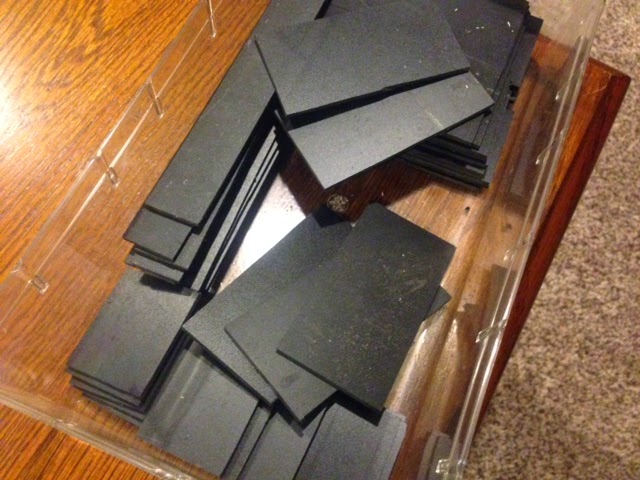 After, I used Liquitex Flexible Modeling Paste to texture and sprinkled with playbox sand. 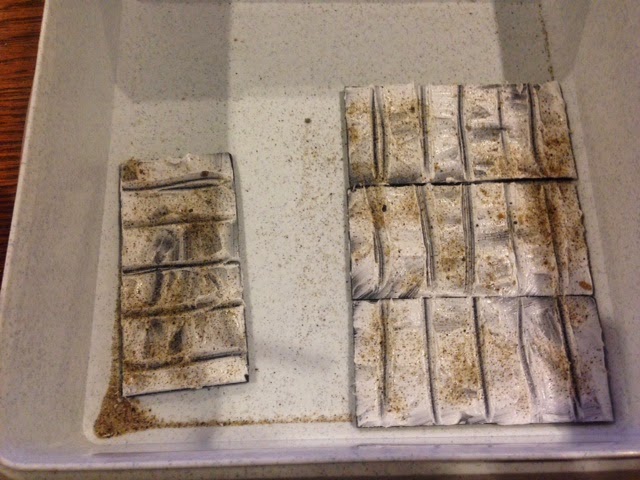 I then used a dark brown acrylic to basecoat and drybrushed a very light-gray. 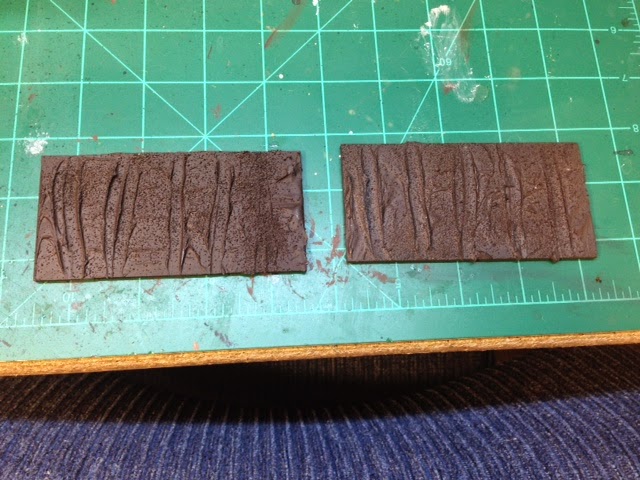 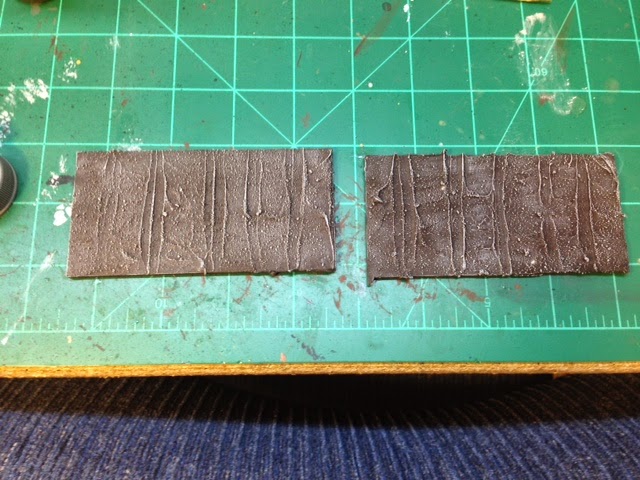 After I simply drilled holes and glued in cut pieces of Christmas greenery and painted the husks. 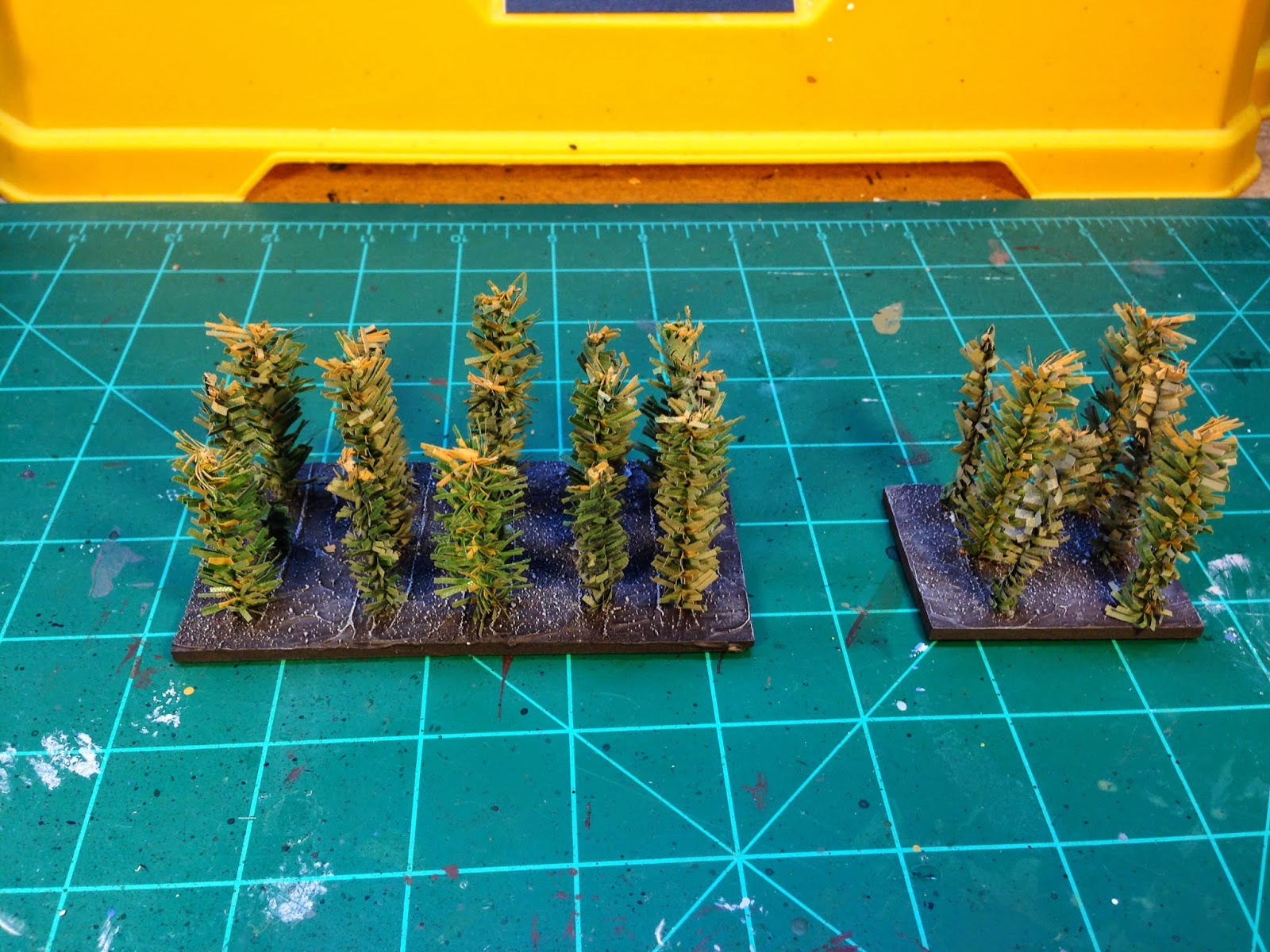 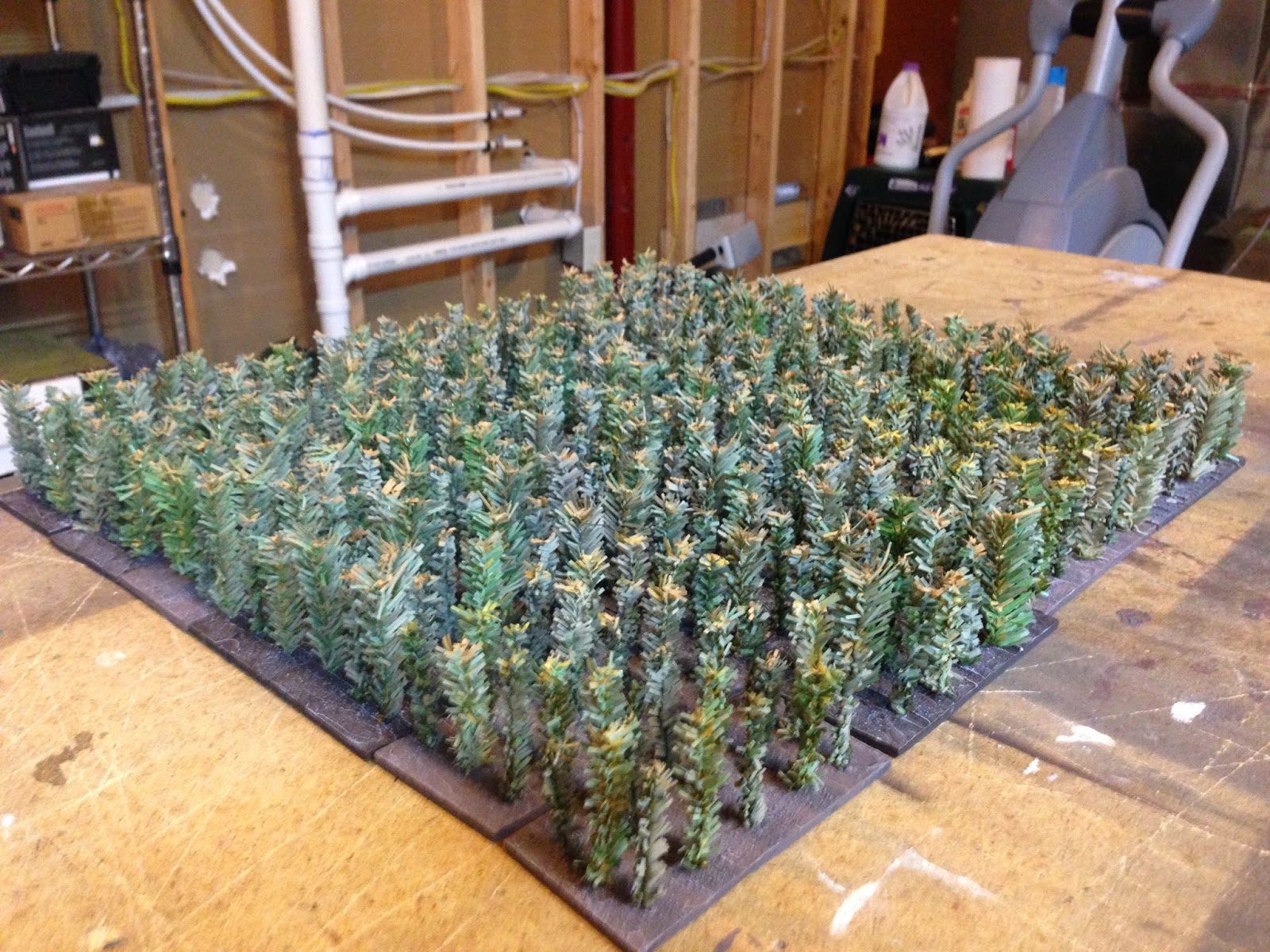 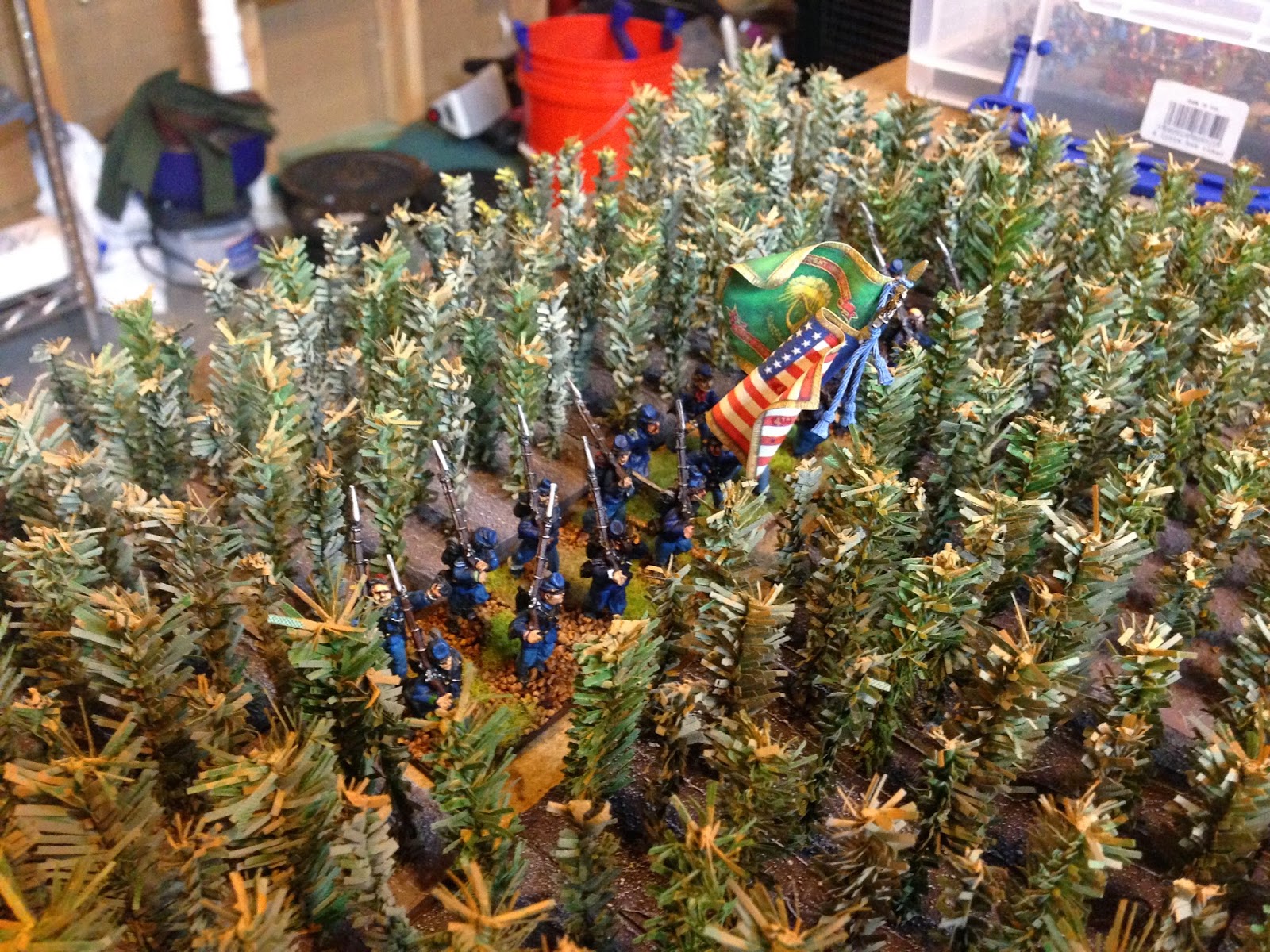 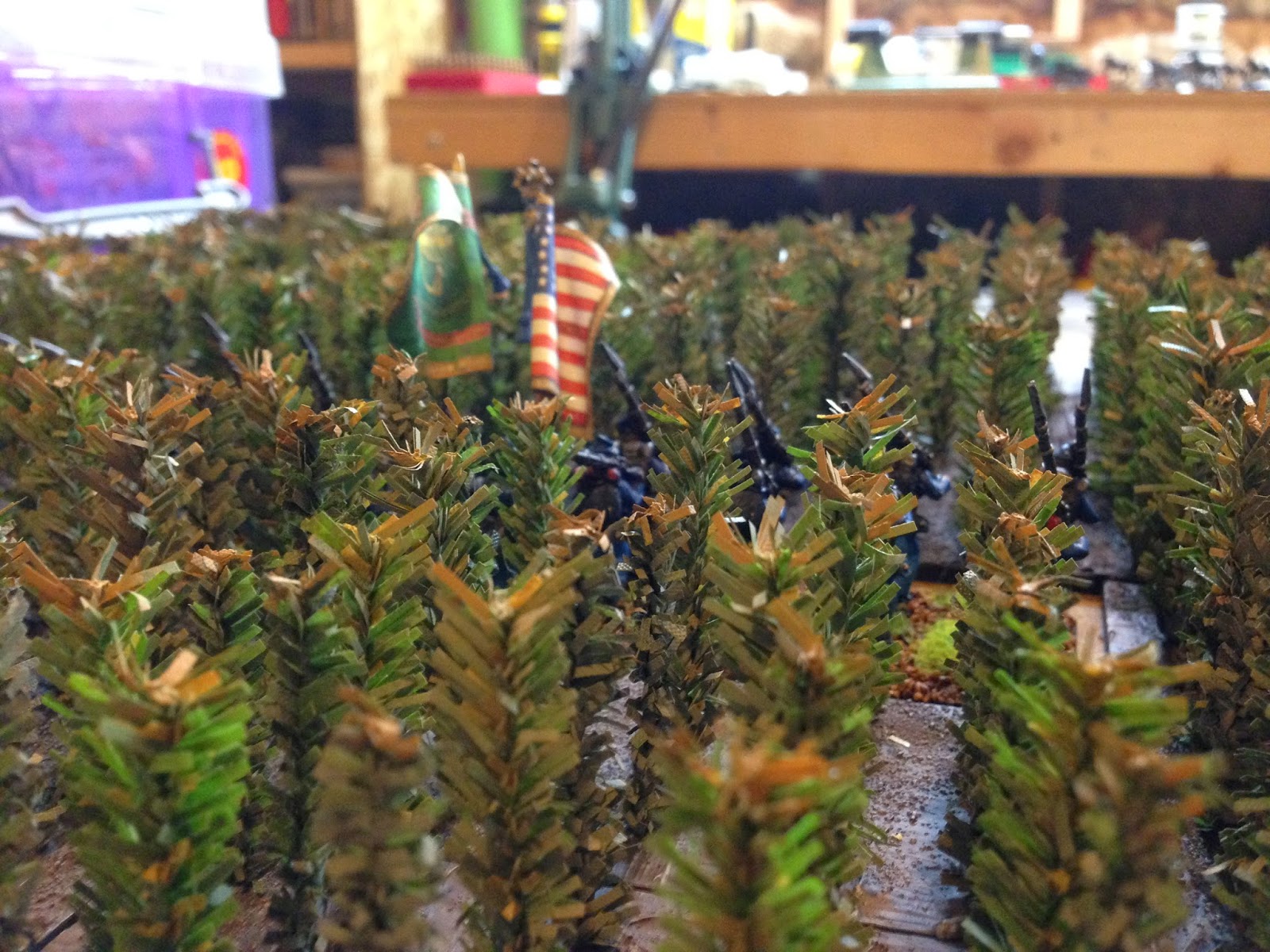 I like the flexibility of the two different sized pieces to accommodate even or odd based units.

Email ThisBlogThis!Share to TwitterShare to FacebookShare to Pinterest
Labels: Terrain

As I continue to roll towards hosting a game every now and then, I have been eying a McPherson's Ridge RF&F game to baptize a break-down 9' x 7' table I have nearly completed. In addition to a gaming table, I've been amassing as much terrain as possible to be ready. My latest creation is a scratch-build 25mm reproduction of the McPherson barn that was made famous by the first day's fighting at Gettysburg. I couldn't find anything online in the way of something like a resin barn. I got the idea to build my own from some of the very nice foamcore structures the Baron has in his collection. This project started last week by simply sitting down and measuring out the wall panels on some graph paper. The structure is made of foamcore. The wooden planks are craft sticks, the stonework is cut from adhesive Micro-Mark sheets, and the roof is cut from Paper Creek shake shingle sheets.  All together, I have about 4 hours tied up in it. As easy as this was to build, I'll probably build some more historic buildings down the road. 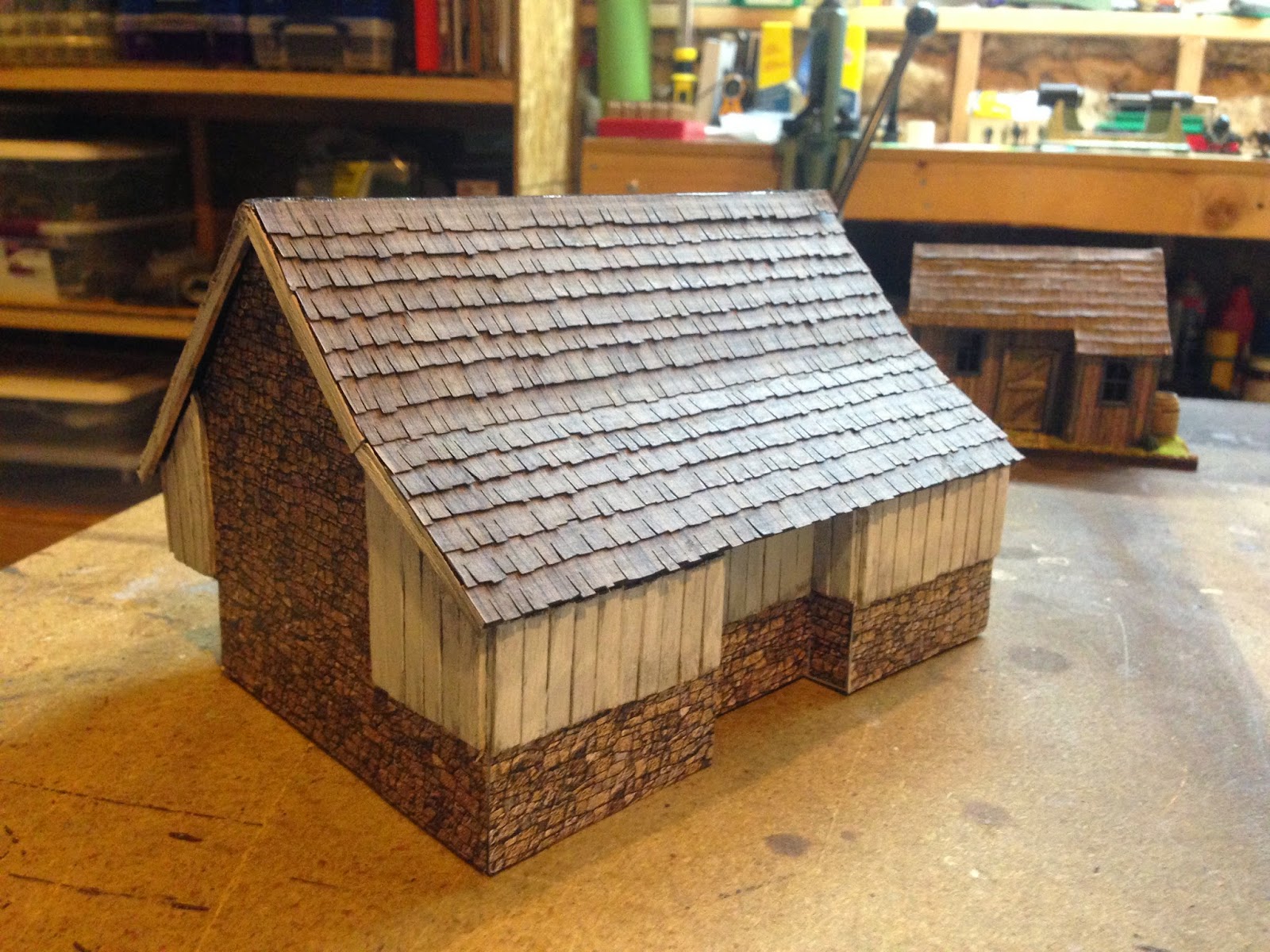 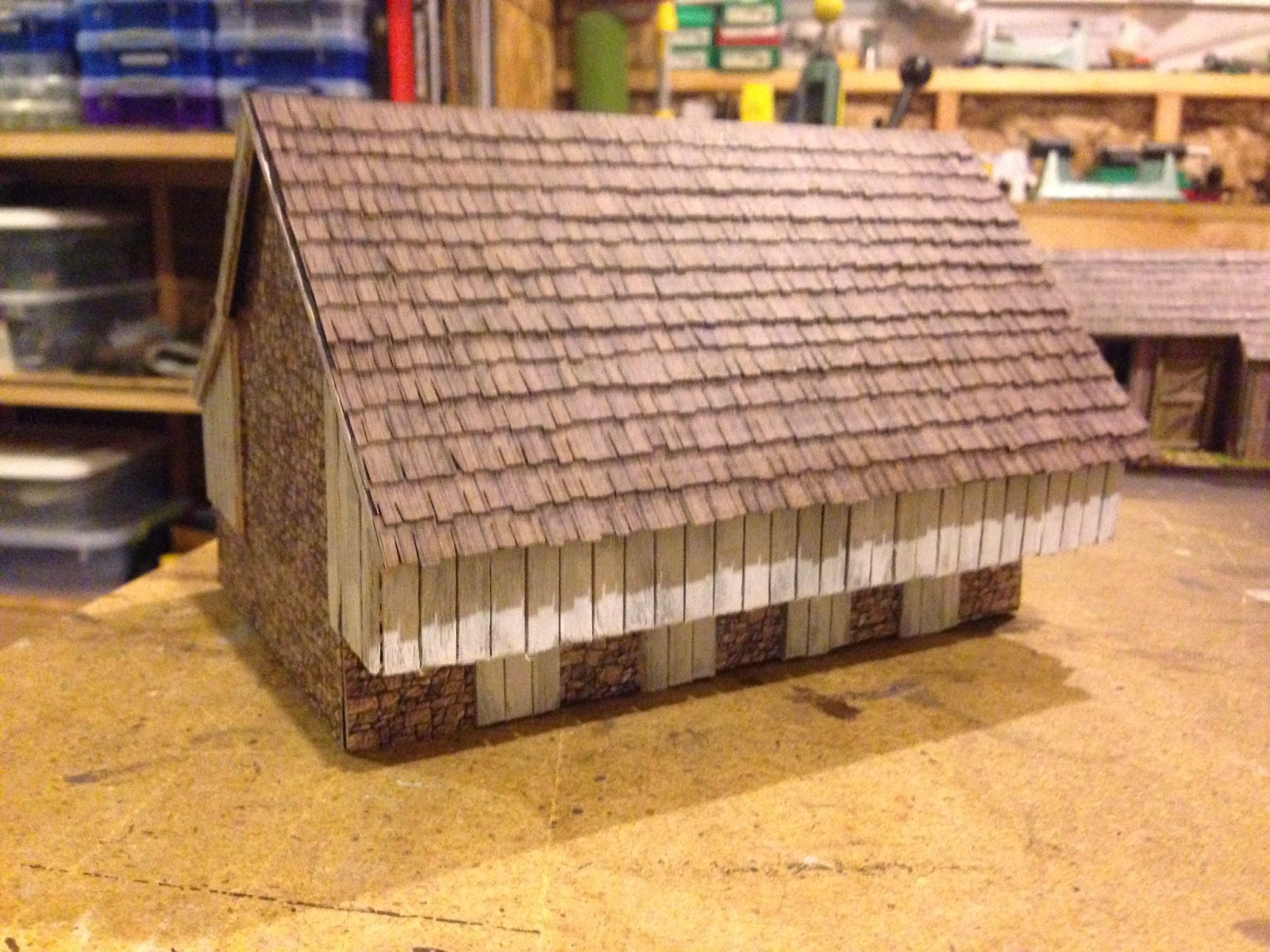