The last 12 months has presented several opportunities to see some pretty cool stuff, including four battlefields. Last week I wrapped up the year with a visit to Antietam while back east for business. This was my second trip to the park in about 6 years and it afforded me a better appreciation for how the battle was fought and the logistical nightmare that must have been present in moving units around the field. The first time I visited I was in awe, therefore not paying attention to the details. The topography of the field changes so much that entire regiments would appear to be swallowed up by the earth only to reappear moments later. This happened across the entire battlefield. Regiments would become lost and end up separated from their brigade.

Without time to really walk the field, I hope to return and spend more time walking around the park. 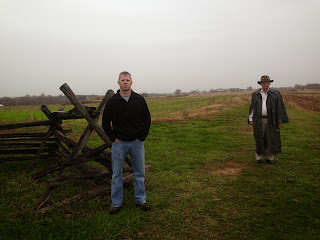 The southern edge of the cornfield. While he photo bombed me, our guide was outstanding. If the time and budget allows, get the guide. 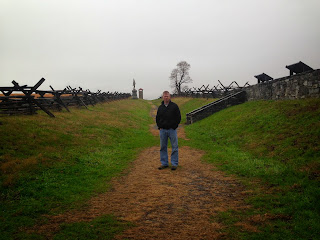 Bloody Lane. This is the approximate position of the 2nd North Carolina where they took fire from Weber's brigade. To my east you can see an observation tower at the end of the Sunken Road. Next to it rests the mortuary monument erected in memory of Union General Israel Richardson. Richardson was a rising star in the Army of the Potomac and it was speculated he would have eventually taken over command of the AoP. 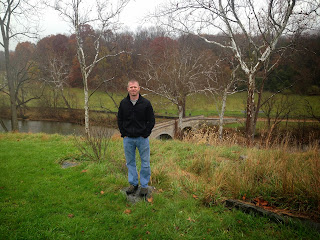 The bluff above the lower bridge (Burnside's Bridge). The bridge was defended from this position by two CSA regiments from Robert Toombs' brigade. About 400 rebs held this position for over two hours before the 51st NY (along with the 51st PA) under command of Gen. Edward Fererro took the bridge under the promise they would get their whiskey back (look it up).