Back to Black Powder


Once again, it's been way too long since I posted anything. With the Baron stomping around England to rub elbows with the Lead Adventure chaps, I decided to invite some of the fellas up to my place for some Black powder ACW fun. Being extremely busy with life lately, I only had time to throw something simple and easy together, so with a table void of a lot of terrain, we got after it with a couple of small divisions duking it out. The Rebs would go to battle with two large brigades, a pair of artillery pieces, and two small cavalry regiments. The Yanks would have three brigades of infantry and a few artillery batteries. 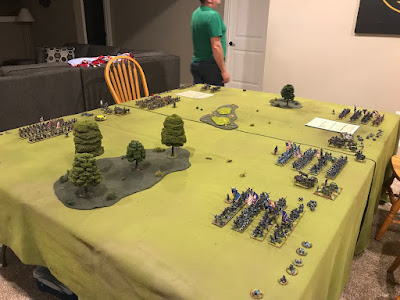 Opposing armies for the most part use brigade orders to get into the fight quickly. 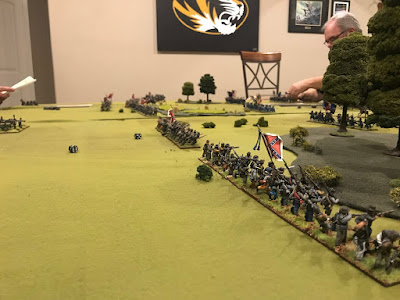 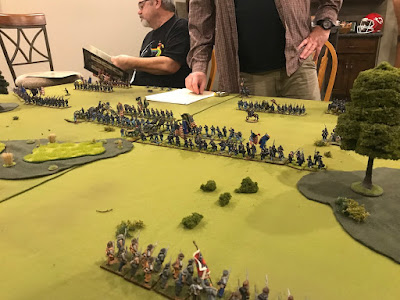 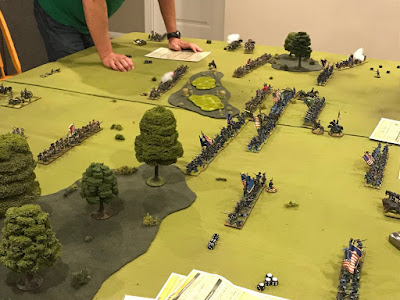 Heavy fighting breaks out on the Confederate left as two units of Virginia cavalry try to push back the  14th Brooklyn. 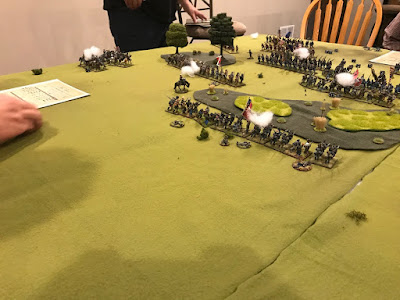 The Iron Brigade has the US left flank. 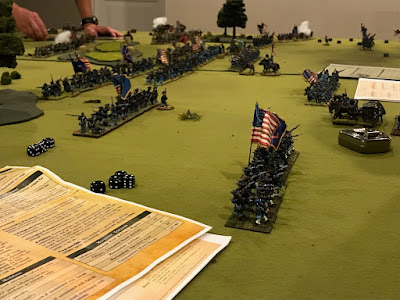 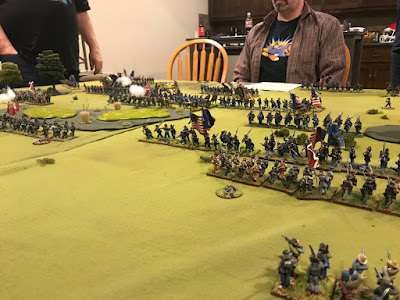 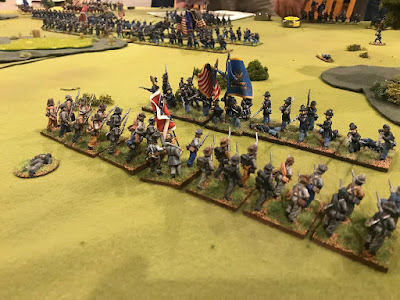 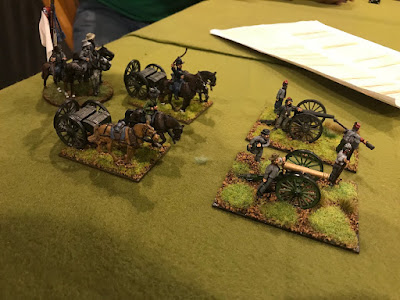 Only to take a pounding. 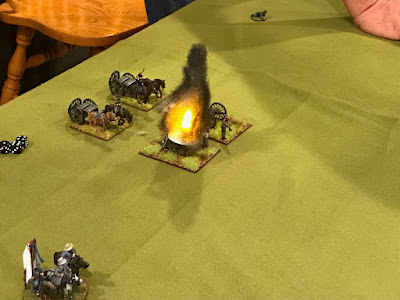 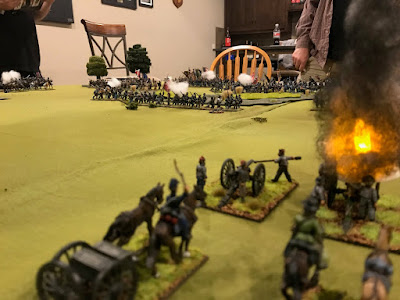 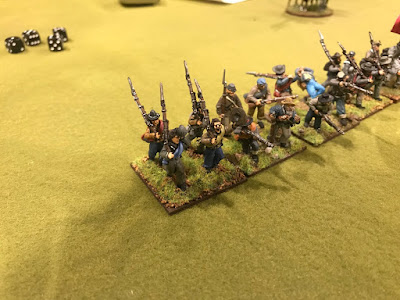 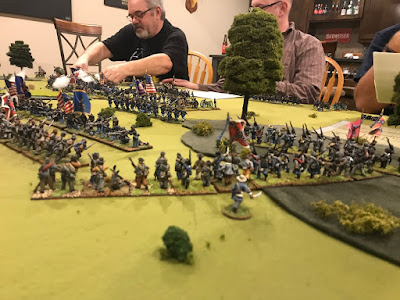 Some fine rolling on the Union side and lousy rolling all night for the Confederate would prove disastrous for the CSA this night.  All in all it was a fun night; I got to dust off some of the old 28s and play my passion: American Civil War with a nice set of rules.