Last night I hosted a few of the fellas to run This Hallowed Ground from Jay's Wargaming Madness. I've been following Jay's blog for several years and am always amazed by the moving diorama style games his group puts on and his beautiful miniatures. When he put his rules up for download on his blog a few months ago I jumped all over them. With ACW being my passion, I'm always up for trying new rulesets. With Christmas quickly approaching, we had a small group, so I set up a simple game with each side fielding two brigades and a large artillery battery. I gave each regiment a special rule or two and was left with two pretty evenly matched armies. We set up the table to have the primary terrain feature a large wooded area in the middle of the field. All in all it proved to be a pretty simple set of rules I found to play well and seemed to mesh some attributes of some other well-known rulesets on the market. 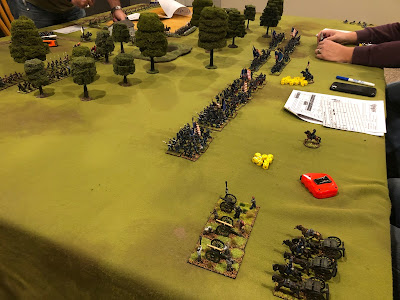 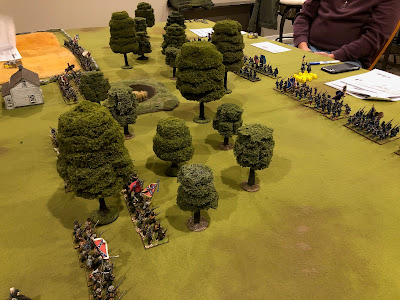 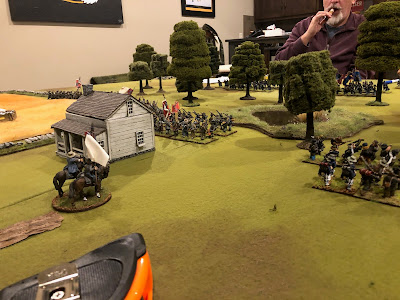 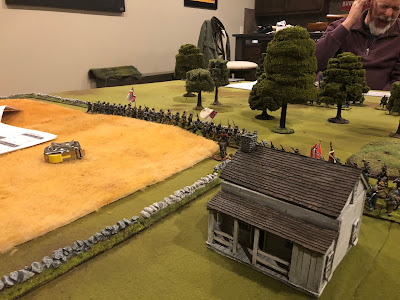 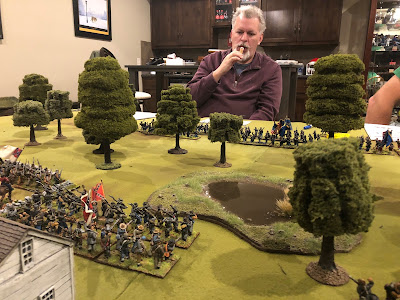 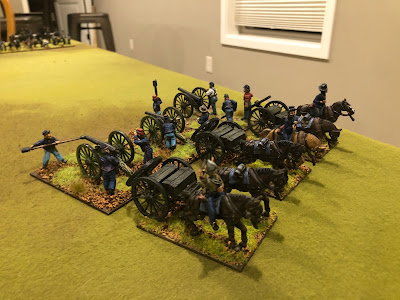 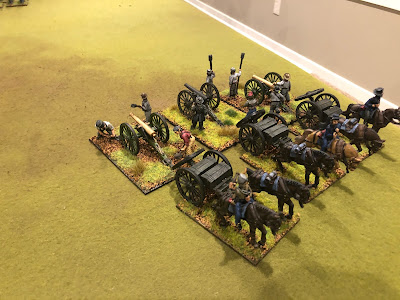 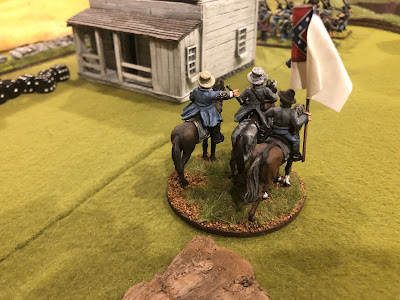 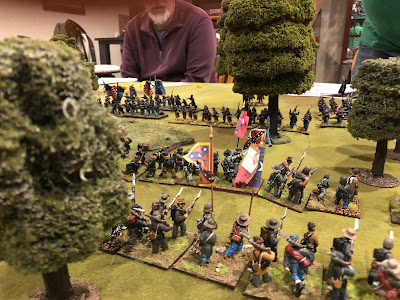 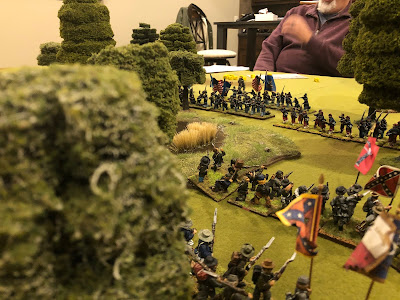 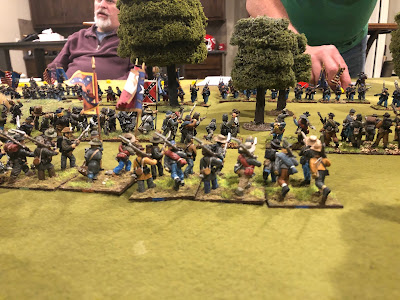 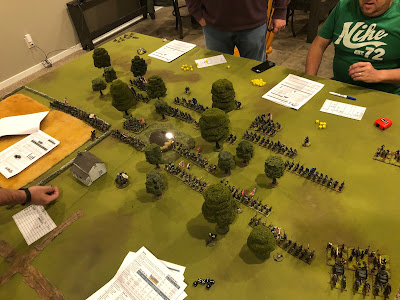 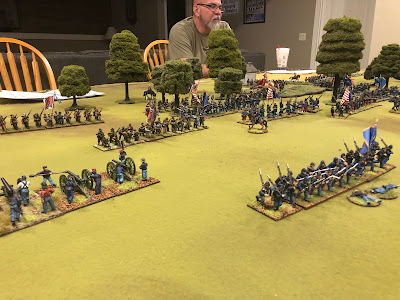 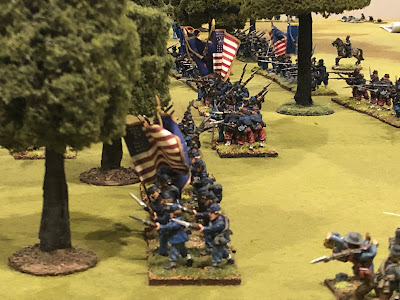 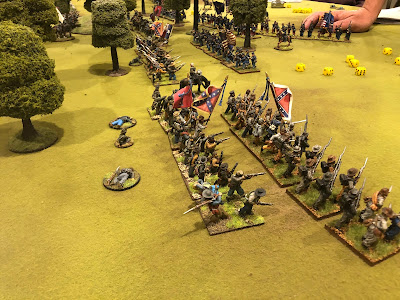