My opportunities to get to the Baron's have been spotty lately, so with an afternoon to kill, I made my way across town for a Black Powder matchup between the blue and the gray. This is the fourth or fifth time we've used BP for our ACW games and I'm beginning to feel they will be the house rules for the period. The mechanics are very clean - subsequently the games are running pretty quickly (when the room isn't distracted by an exciting KC Royals game). I decided to bring a light number of troops, however I wish I'd brought more because the table could have used more regiments and I don't believe the extra units would have slowed things down too much. All in all it was a fun match up. 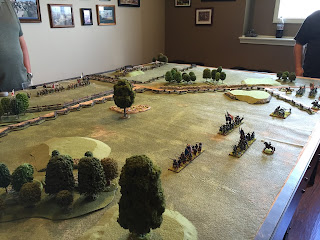 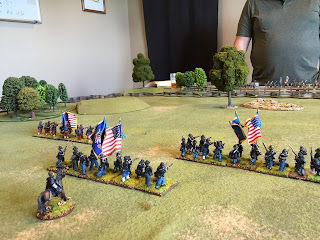 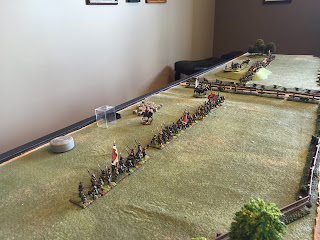 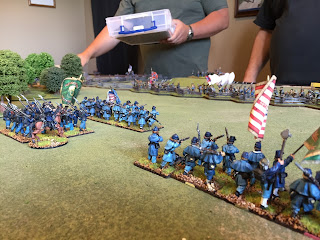 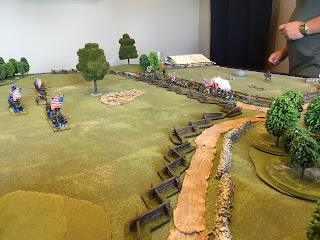 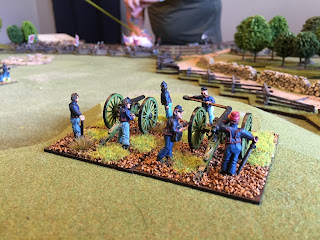 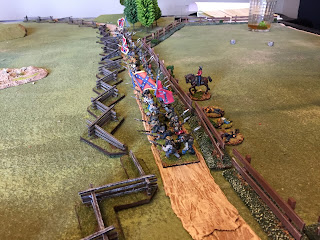 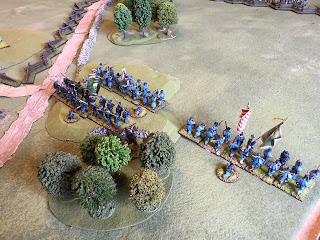 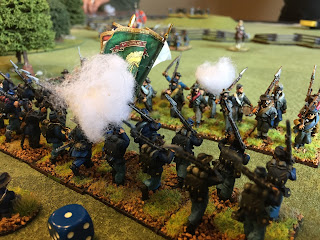 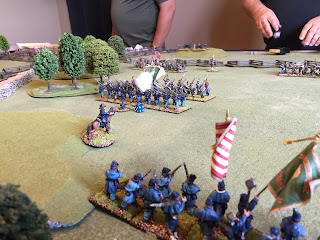 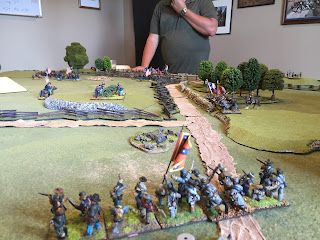 After a long hiatus I was finally able to make it to the Baron's place on Thursday evening for a night of some WW2 action.  It was decided I would dust off some of my 28mm WW2 minis for a game using a set of rules that Jaye brings out for running some of his futuristic skirmish games called 5-Core. It's a rather simple set of rules that features squads of five figs (hence the name 5-Core). The game largely revolves around roles of 1s and 6s on D6s with everything in between for the most part  being irrelevant.

This night three squads of U.S. paratroopers would take on three squads of Waffen SS occupying a small French village. The paras were tasked with major and minor objectives (both of which would fail). Scott's squad would attempt to blow a German ammo cache hidden in a courtyard while I would attempt to hit the German left flank and move on to blow a bridge. All the while, Dave would attempt to occupy Fritz's attention in the middle.  The Americans would enjoy early success across the battlefield. I was able to frag a pair of krauts dug in on a hill that appeared to clear the way to the bridge, however a quick transfer of German forces from the center to their left would dash all hope of making it to the objective. Dave called in some successful mortar rounds on a few enemy positions that appeared would relieve some pressure on Scott's mission of blowing the ammo, but it was not to be. In the end the Germans would have enough personnel to hold off the 101st.

This was a fun little battle using a ruleset that I believe will work well with many genres and periods. 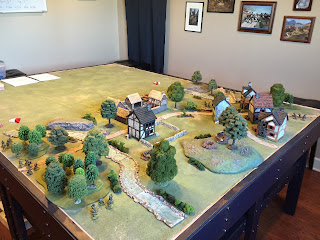 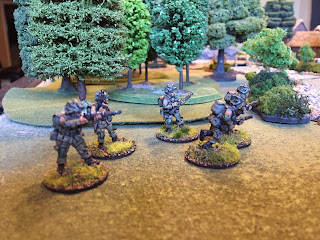 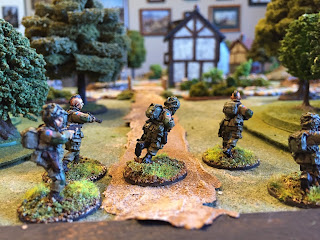 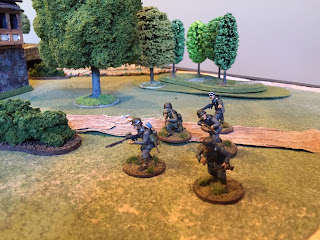 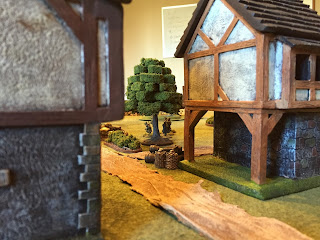 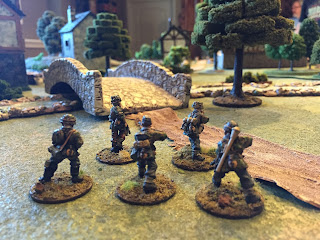 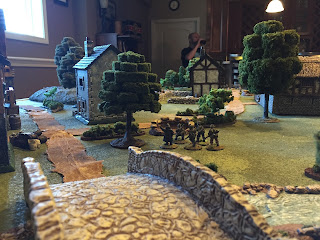 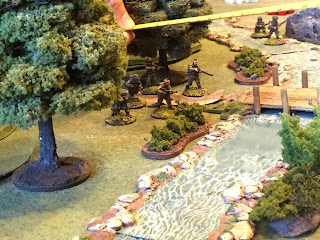 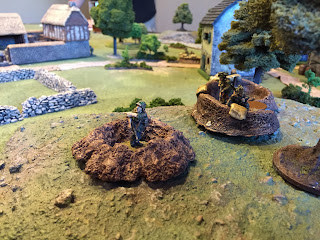 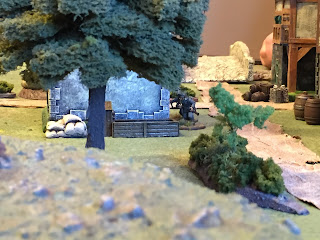 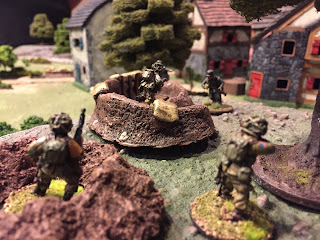 It's been quite some time since my last post, so it's good to have some freshly painted minis to report on. I've had a sizable bag of Foundry ACW figs I've been meaning to get to, so I decided on starting with a small project of Union in greatcoats. My hope is one day to host a large battle that will table many units, so I'm constantly adding to my 28mm ACW collection. These were very easy to paint. Next up, the 54th Massachusetts. 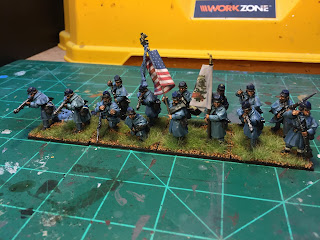 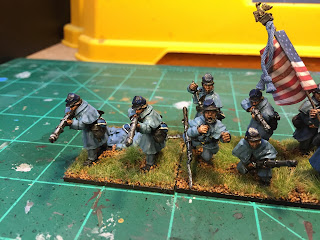 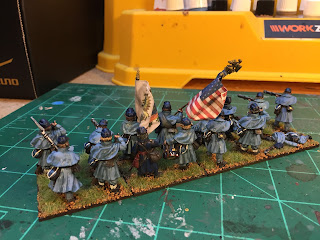