I had a little time to kill yesterday so Brett came over to play his first game of Bolt Action. Since I hadn't played the rules in a while, it turned out to be a good opportunity to freshen up on the very basics of the rules. Since the time we had to play was limited, I set forces for each side with two infantry teams and a HQ team. It was a fun little battle that gave Brett a nice introduction to the rules and he enjoyed them a lot; we even had a few units mix it up with some hand to hand combat which was fun. The intro of arty and armor to this game makes matters a little more complicated, so that is something we'll include next time.

The battle would turn out to be a unit of German Wehrmacht chasing chasing three units of the 29th ID around the board while two other Kraut units held the bombed out ruins. The tide would turn in the Fritz's favor at the end of the day. 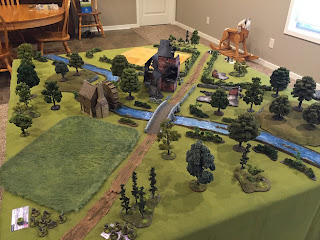 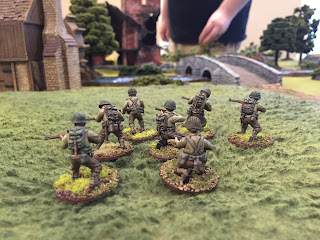 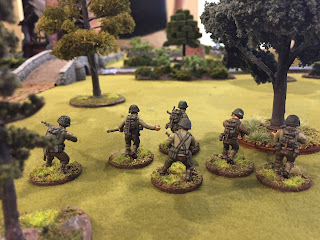 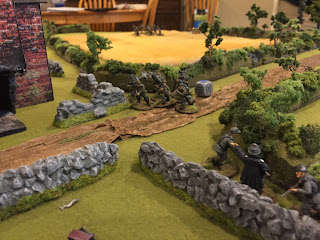 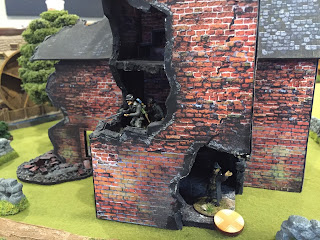 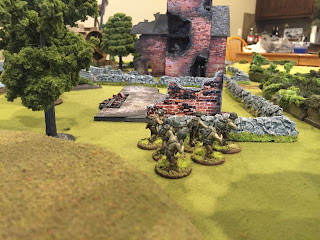 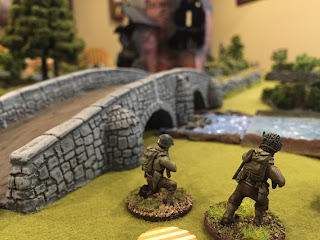 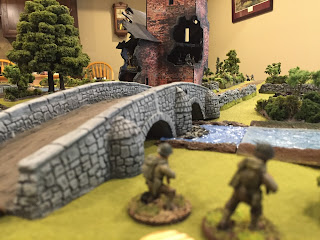 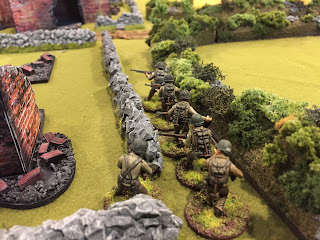 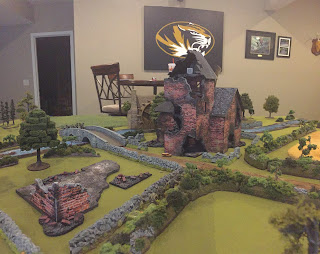 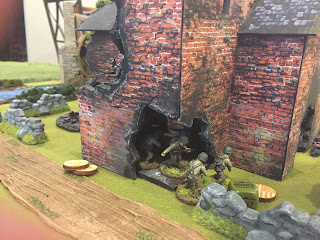 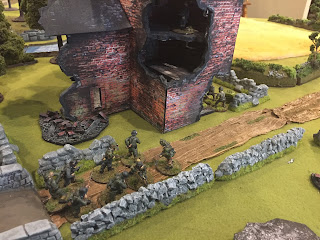