Last Thursday night the Baron was under the weather, so Scott L. and I stayed north and played out a small Regimental Fire & Fury scenario in his basement. I really don't know these rules as well as I'd  like to and will probably use them anytime I host (whenever that may happen) in the future, so this served as a nice opportunity to learn them. We kept it pretty simple with each side going into battle with a veteran brigade (one regiment featured a brave colonel) of nine stands each and a field gun battery of two stands. 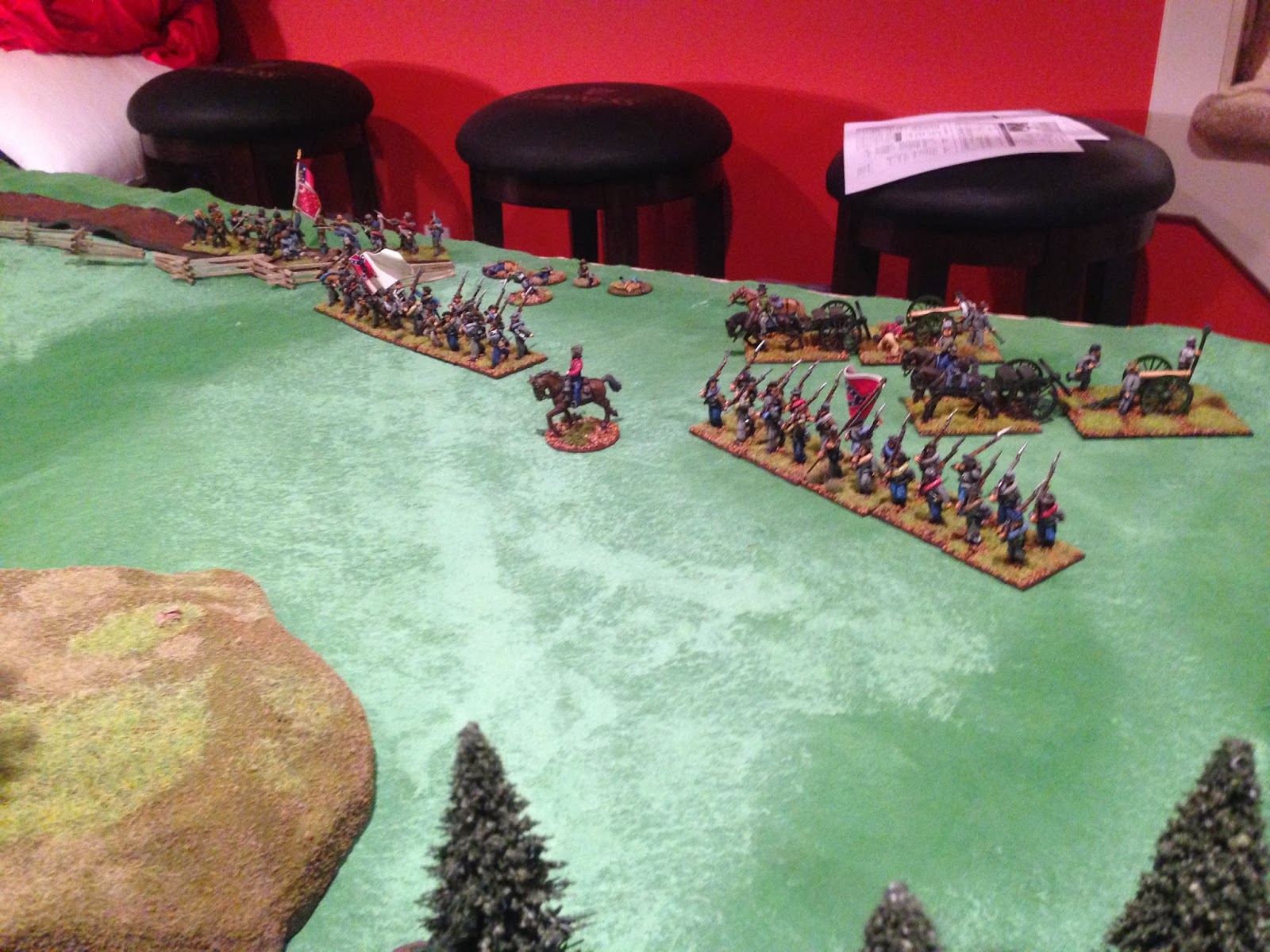 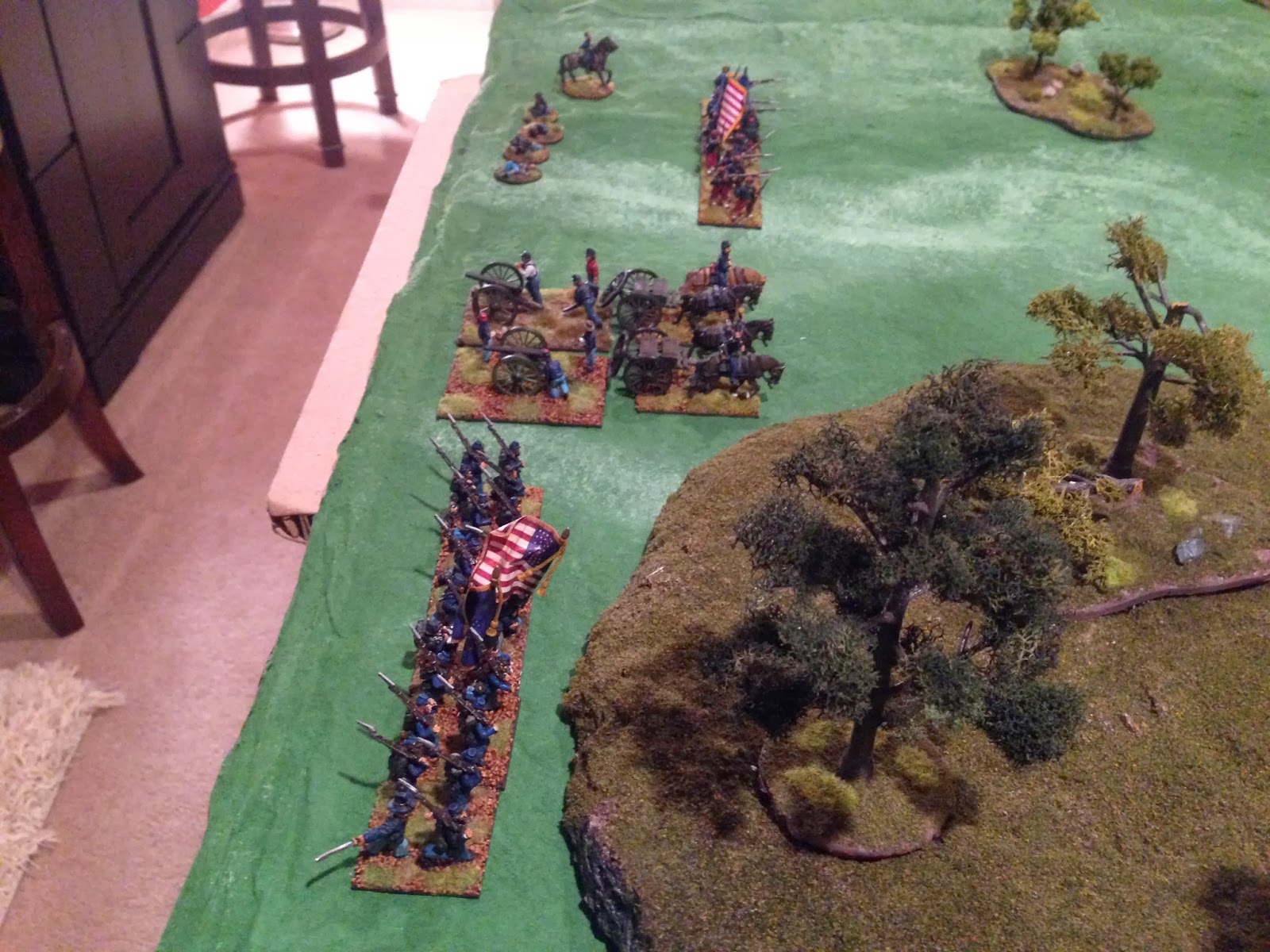 CSA and USA enter the field. 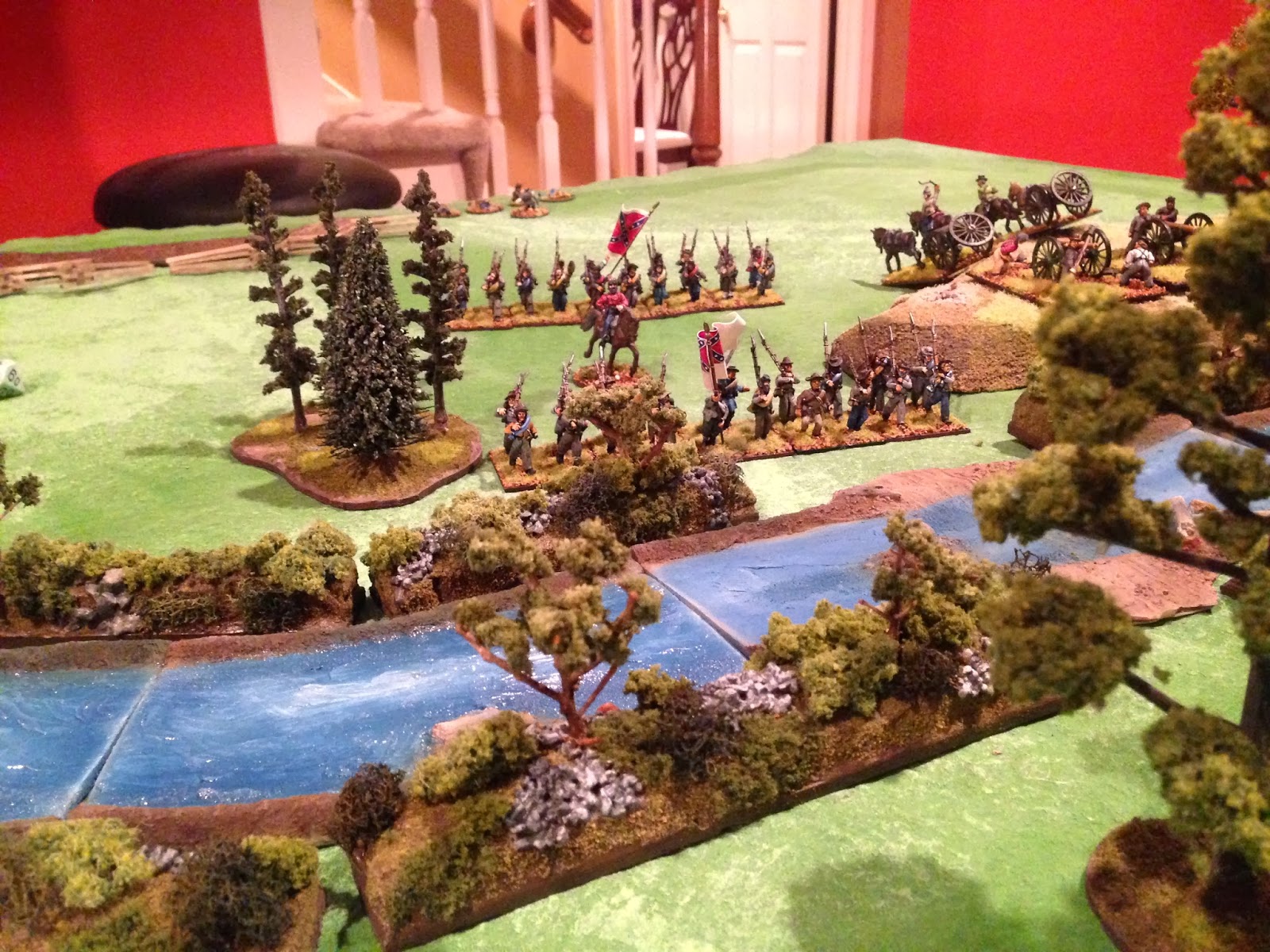 Rebs on Union right attempt to ford a river bisecting the field while a small battery unlimbers on a knoll. 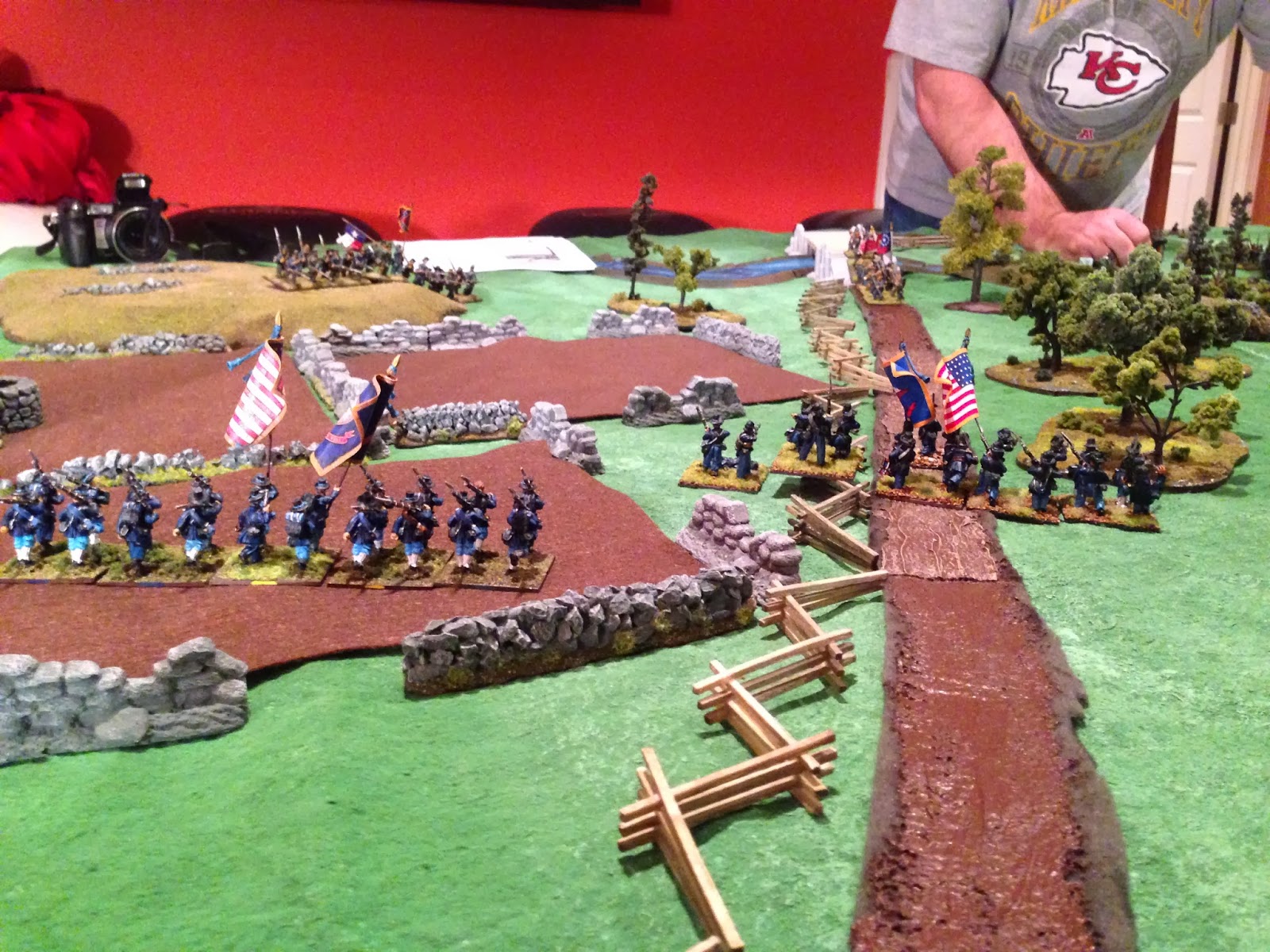 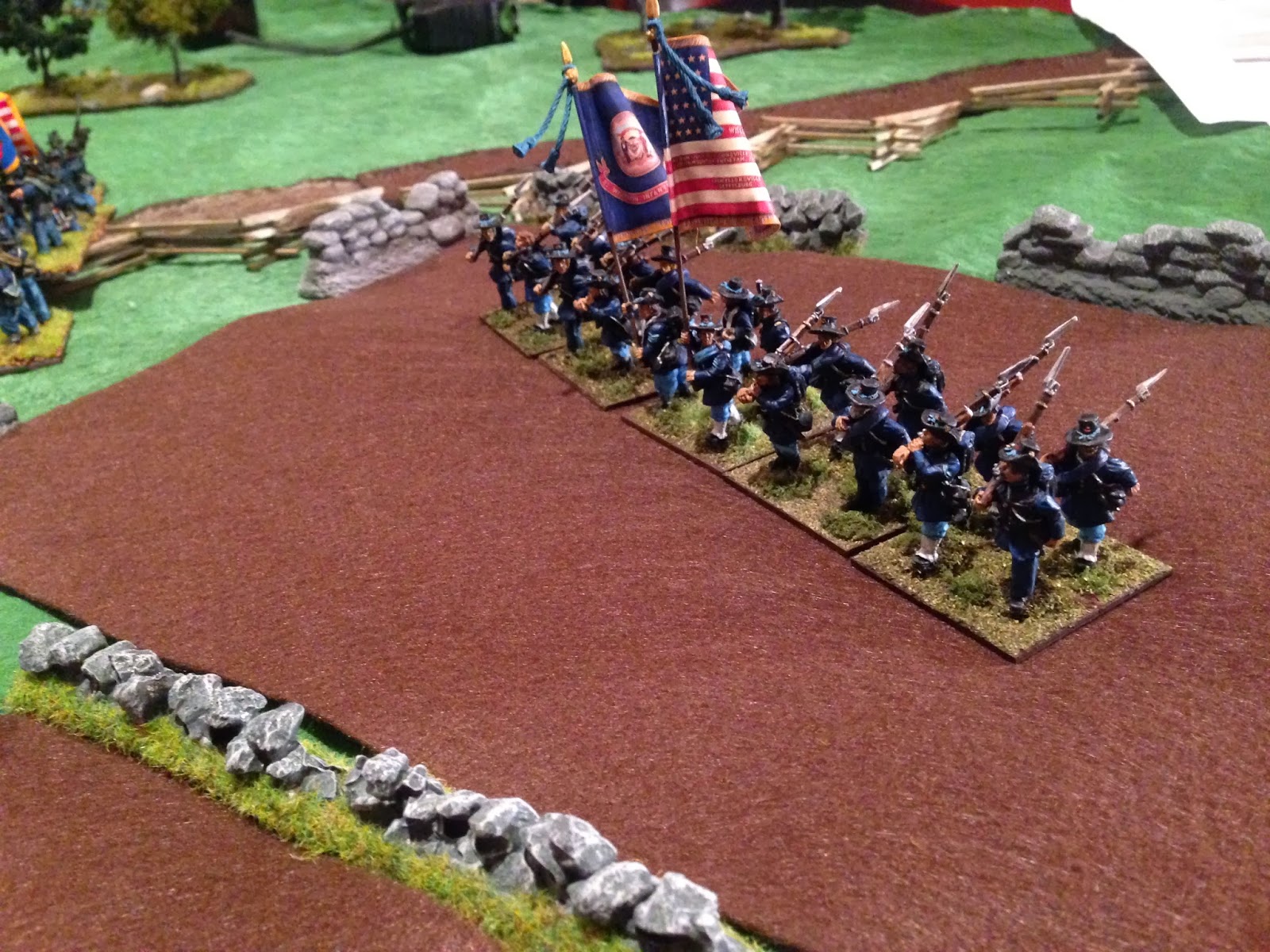 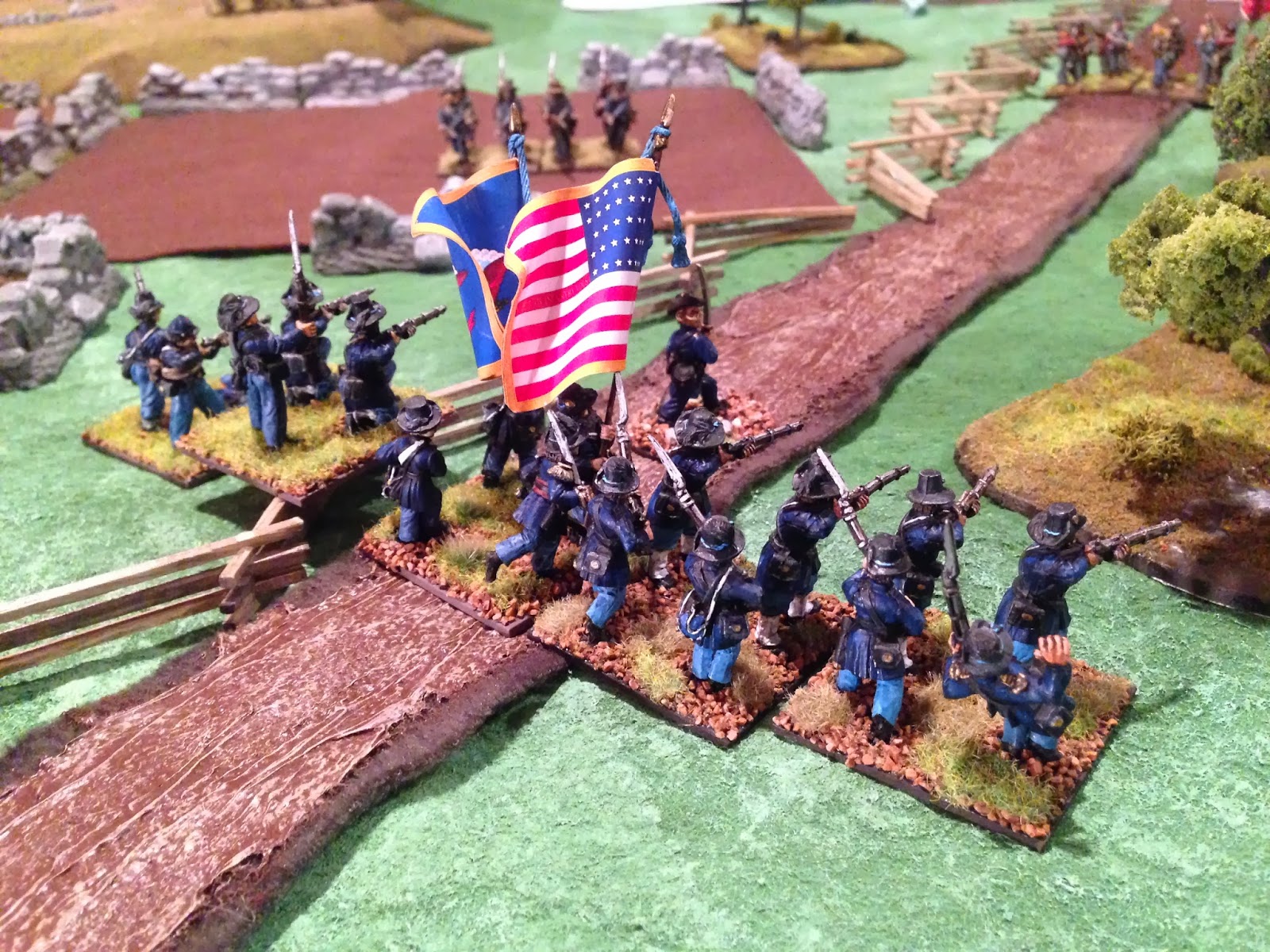 Two regiments of the Iron Brigade move on the Rebel right. 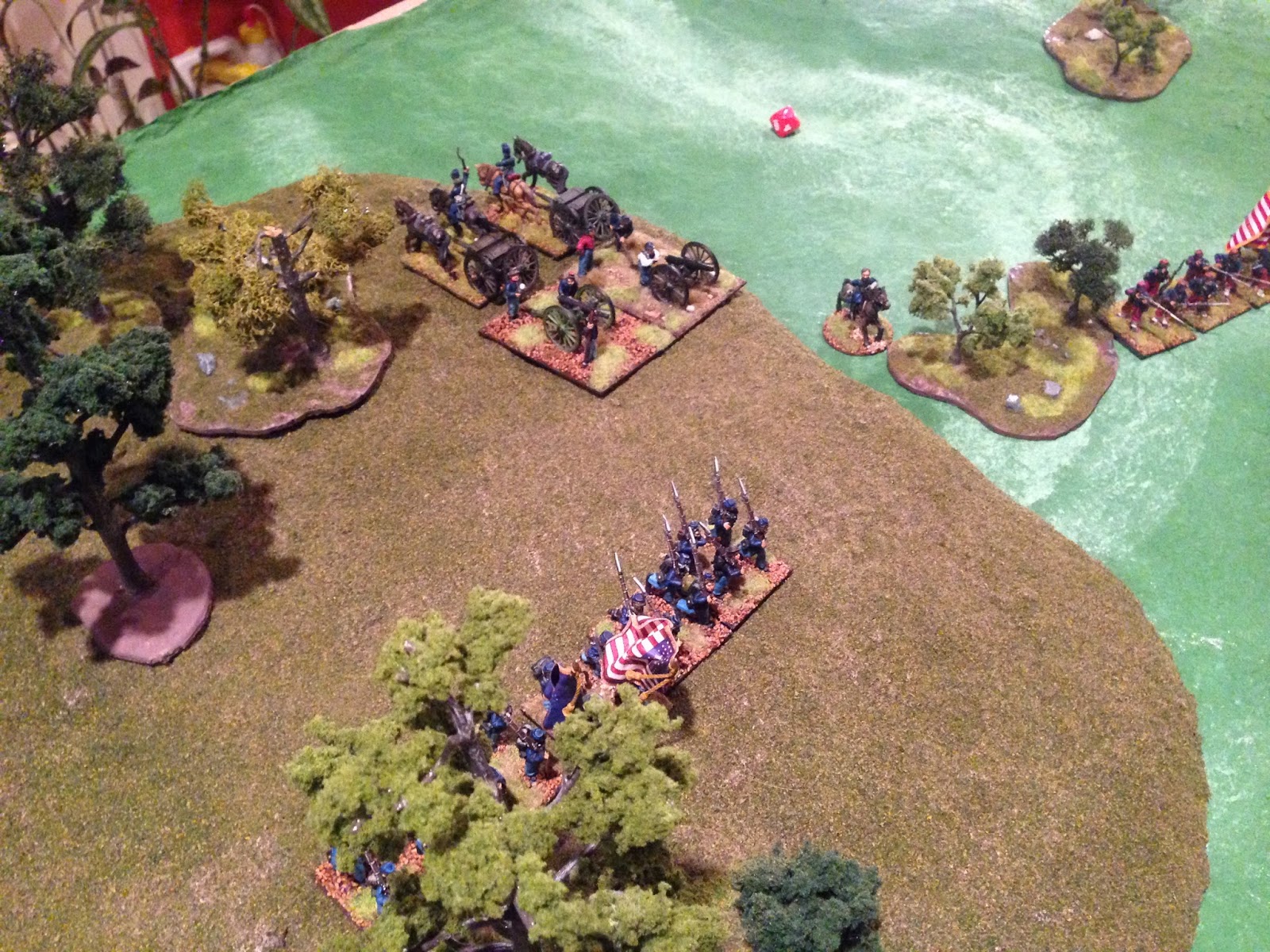 The 84th N.Y.S.V. regiment and a Union battery set up to block the rebs from crossing the ford. 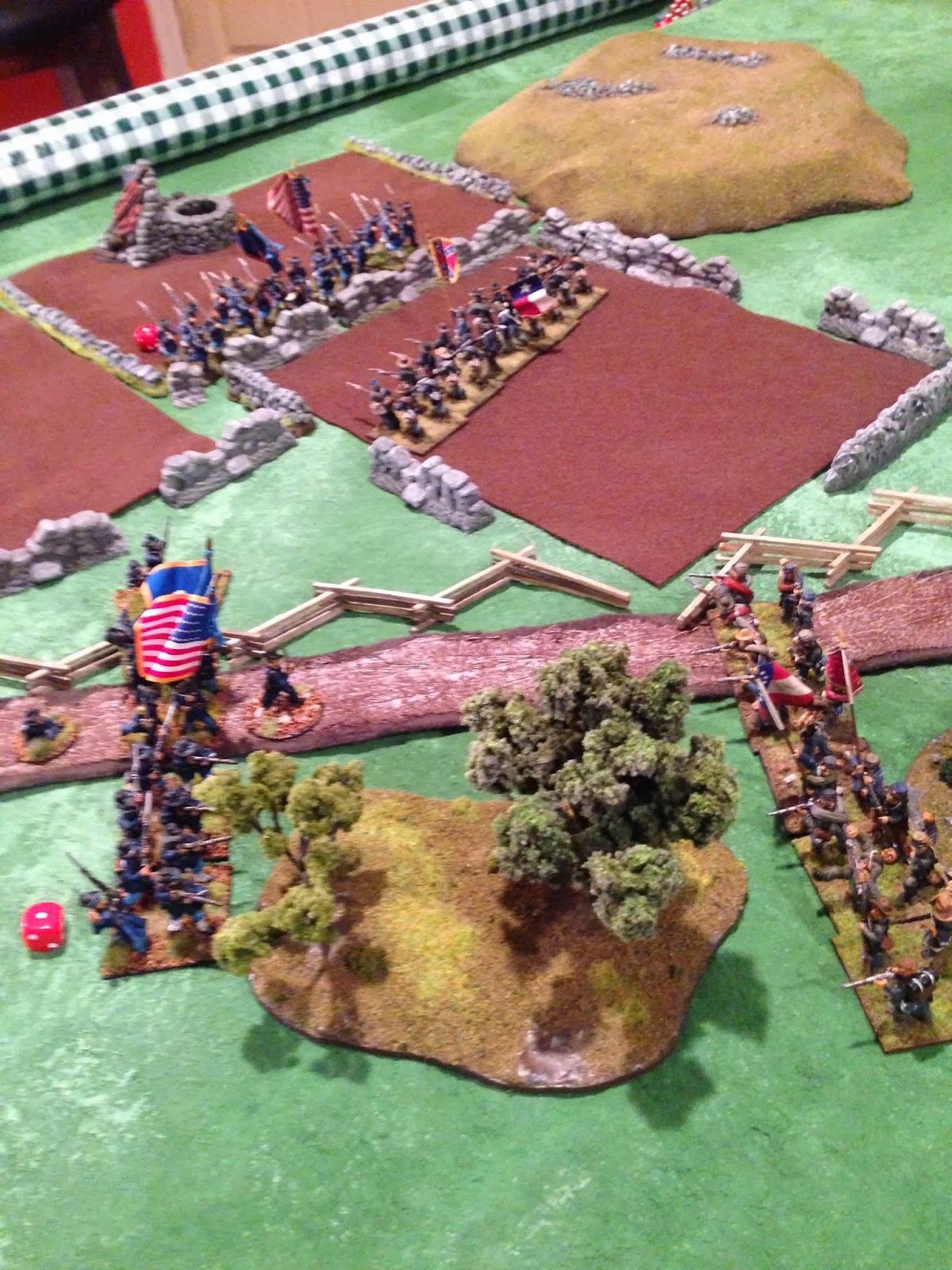 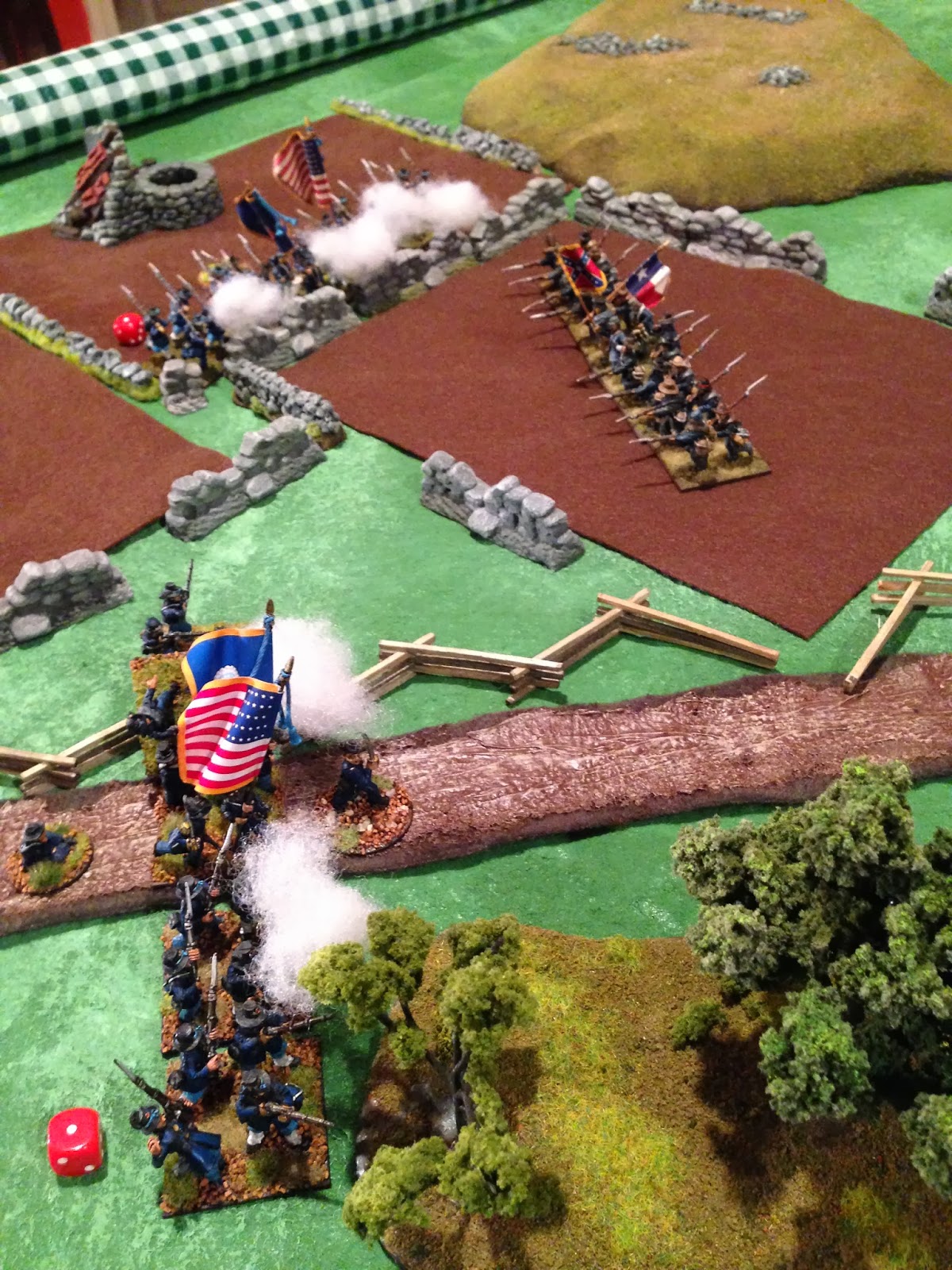 Fighting on the Union left ensues and casualties begin to mount for the yankees. 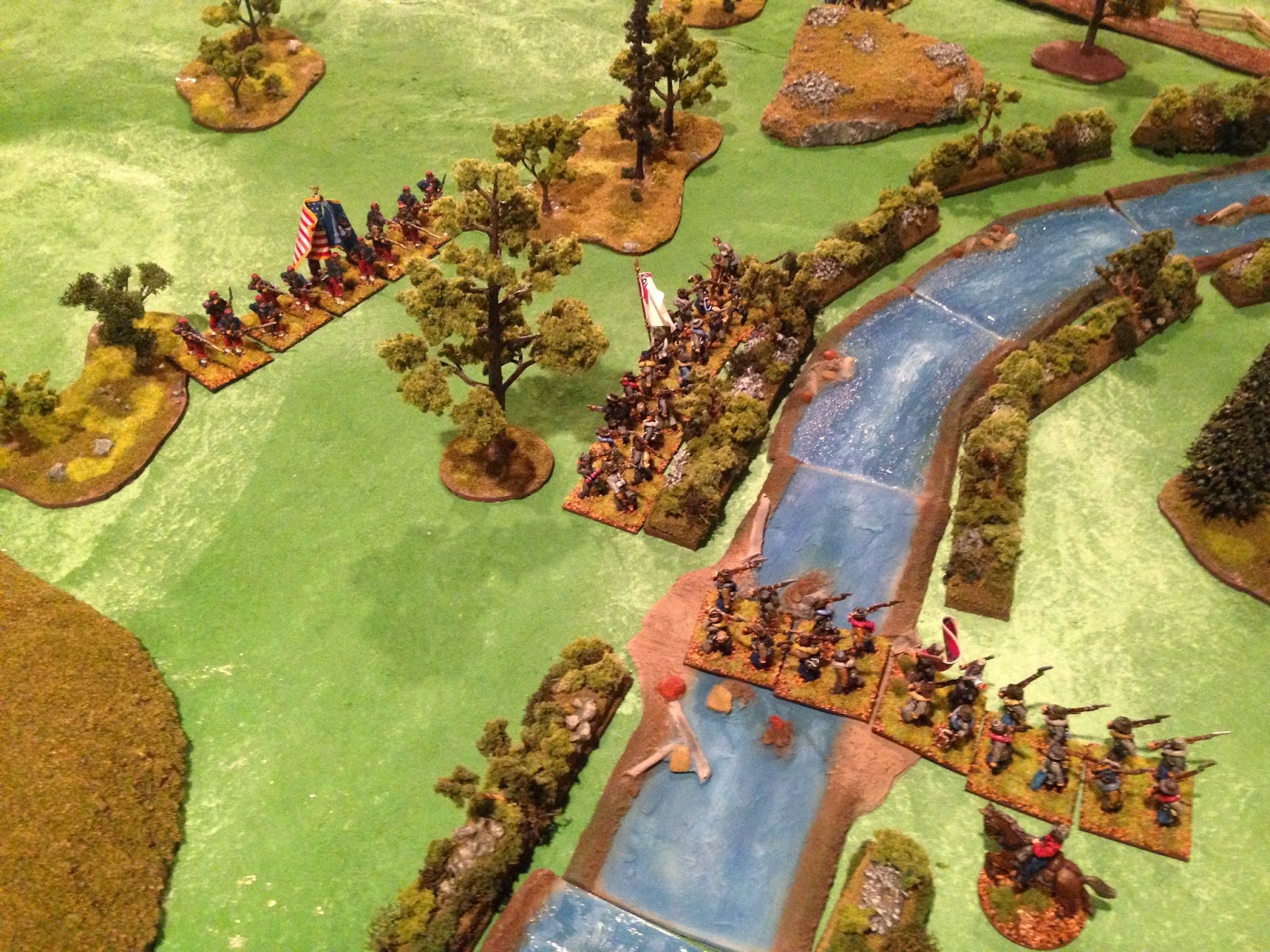 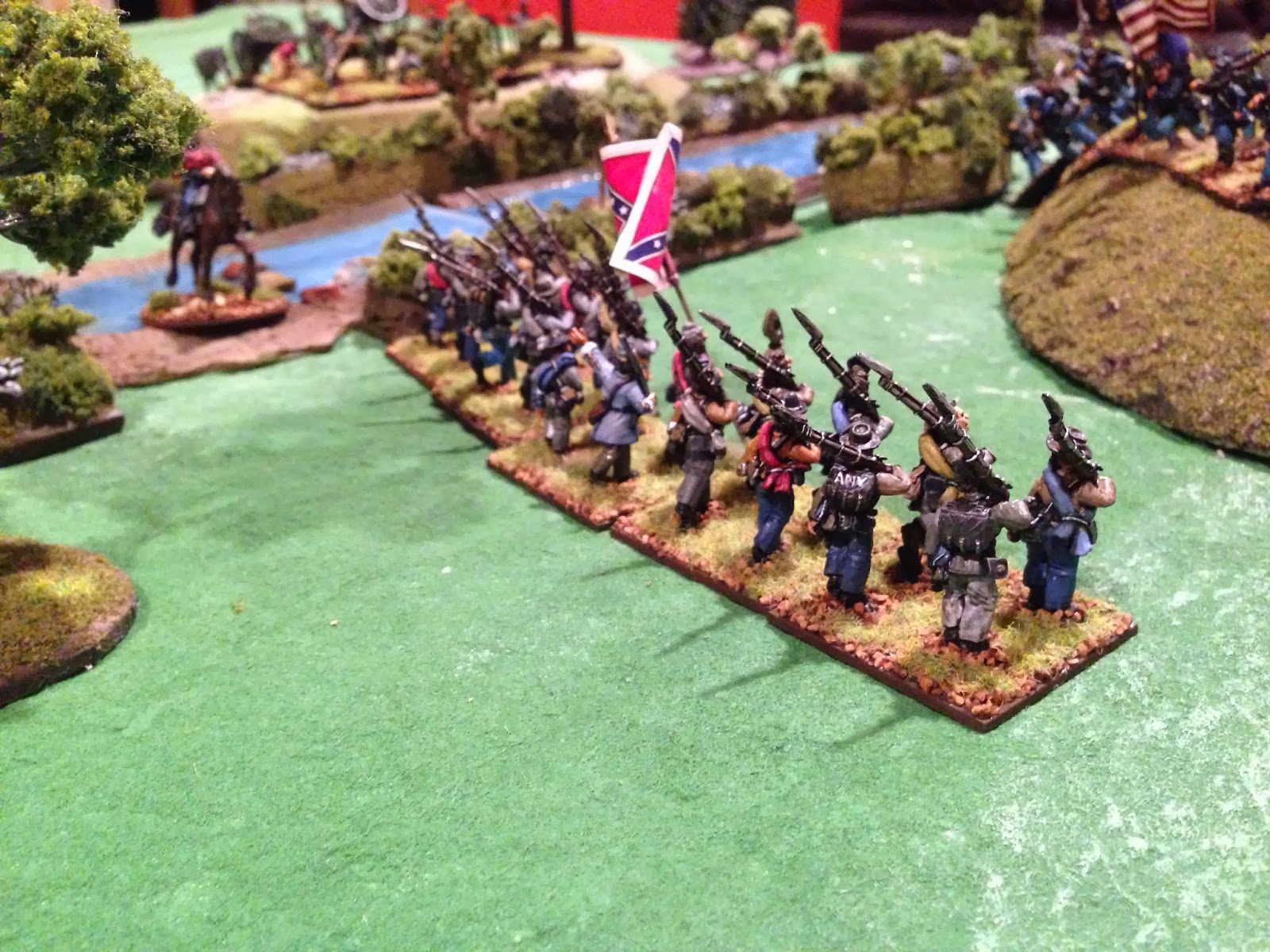 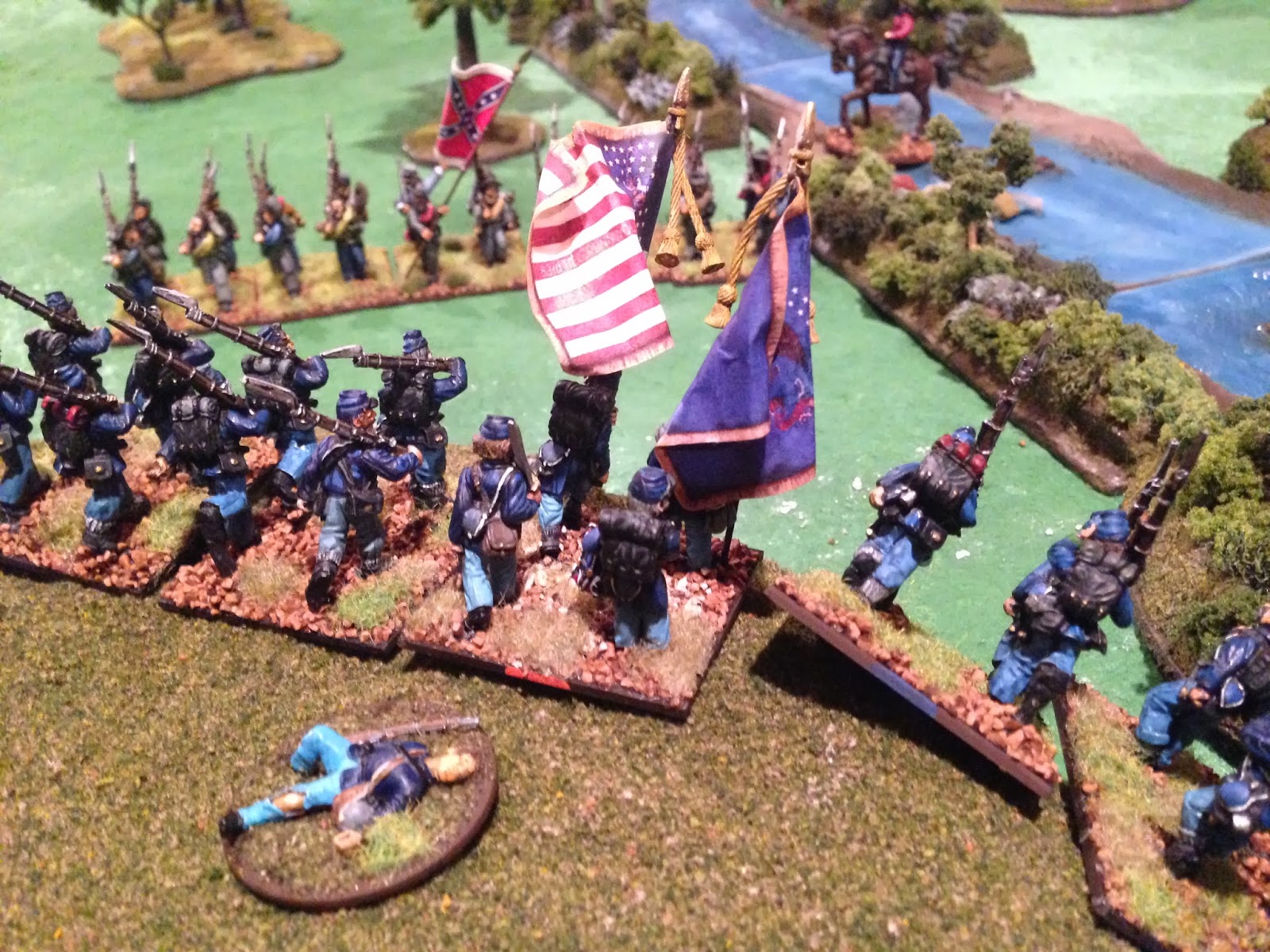 CSA regiments spill across the ford and begin inflicting casualties on the Union right as well. 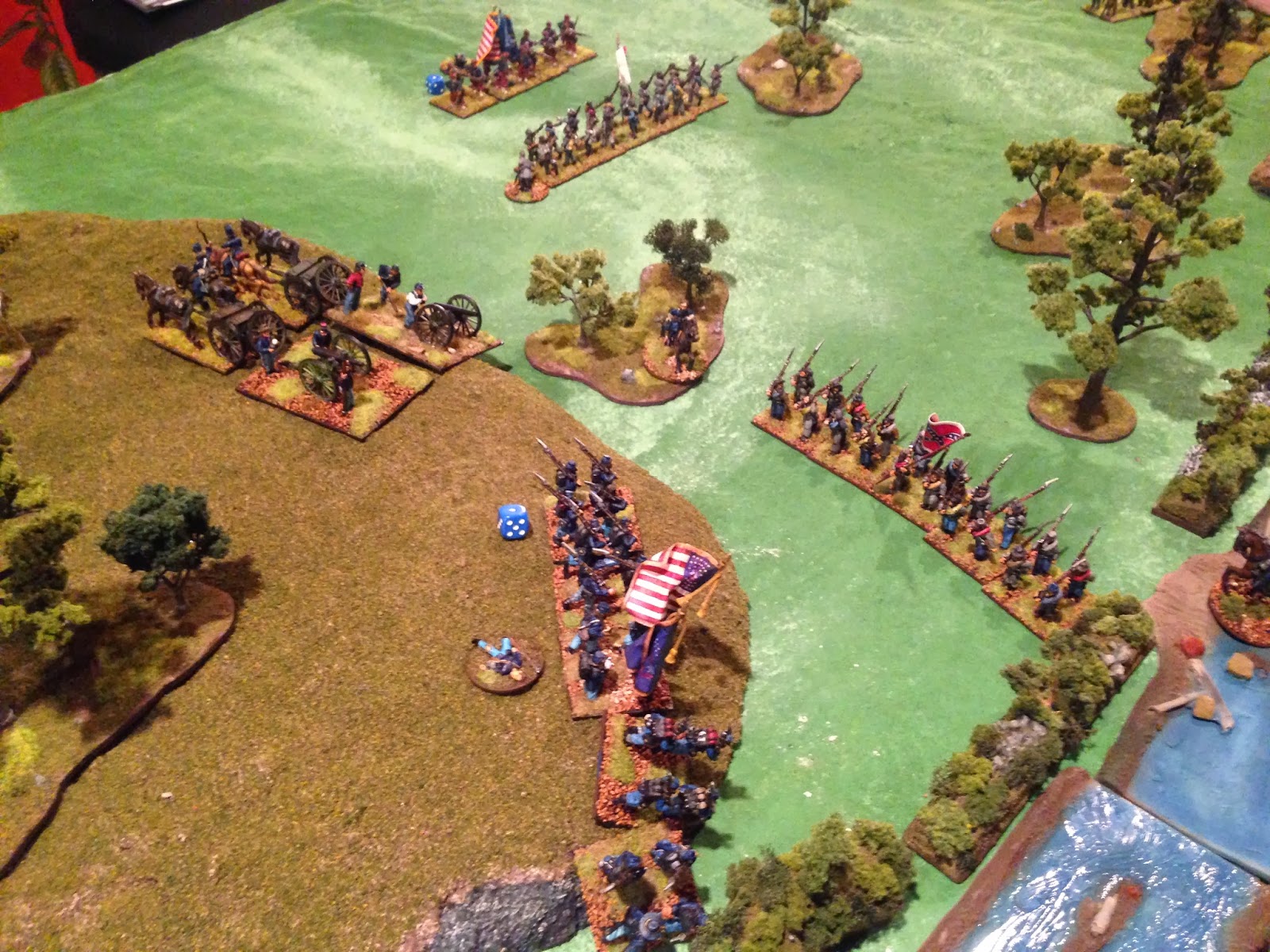 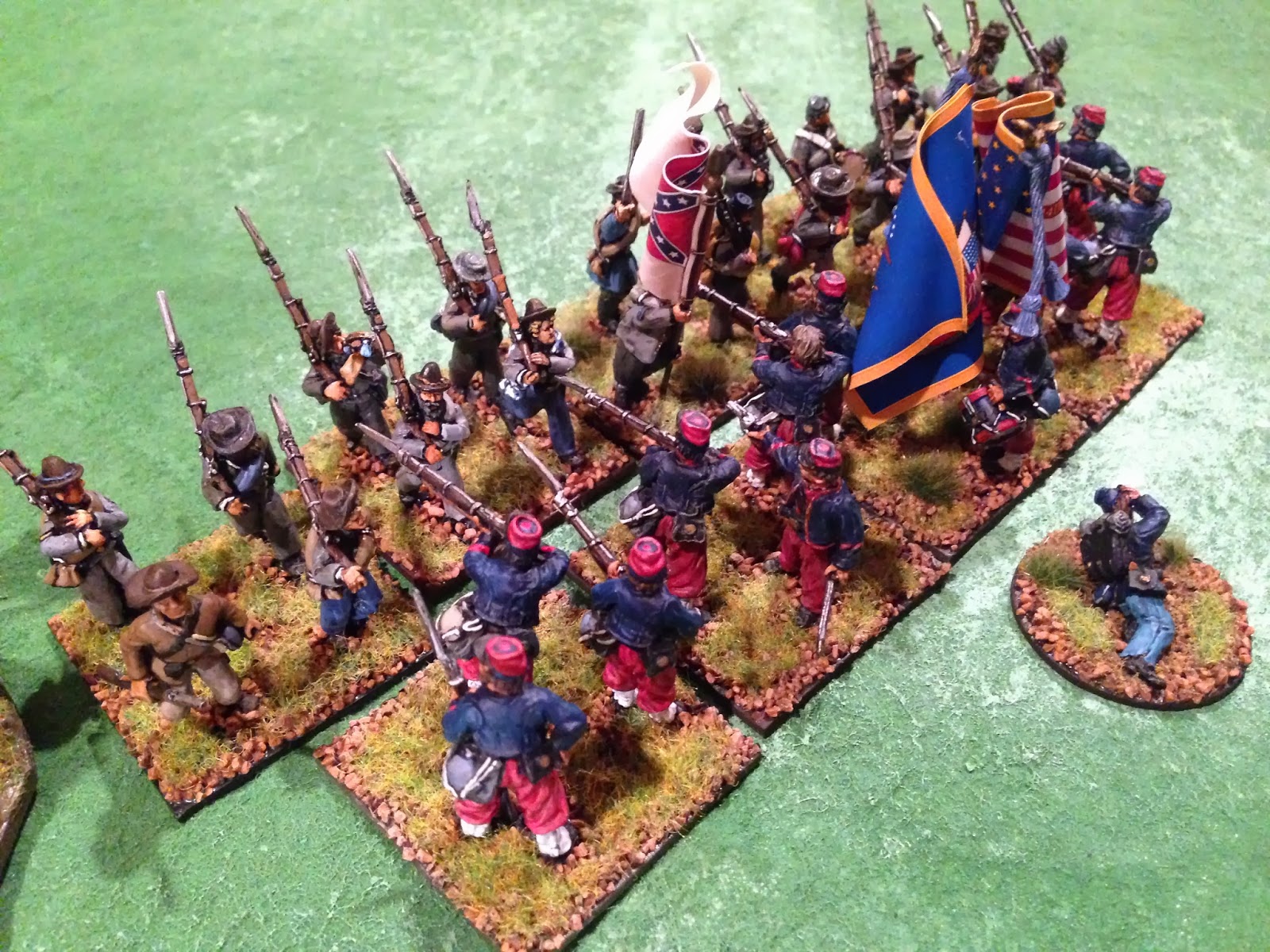