The Baron welcomed the group to his zuhause for a night of WWII tactics.  This would be our maiden voyage into the world of Bolt Action. Scott L. and I got to sample these rules at the last Recruits con in Lee's Summit, MO.  It was a watered-down version, but nevertheless a lot of fun.  Bolt Action rules feature unique dice that are randomly drawn to mark turns and give the drawn die's player the option of one of six actions.  As with any new ruleset, there were some growing pains as the evening wound down, however with some gained experience I believe this will be a ruleset that will offer simplicity and some exciting evenings of skirmish play.

Our scenario featured a few platoon-size forces squaring off.  The Germans would begin with a couple of SS squads, a Fallschirmjager squad, an MG42 and mortar team, a Panzer IV, and PaK 40.  The Americans would go to battle with a few paratrooper squads, three 2nd Ranger squads, a mortar team and .30 cal team, and a pair of Shermans. the object of the game was for the Americans to get a unit across a river. In order to achieve this, they would have to move through a German-fortified hamlet. One thing I believe we would change the next go would be to separate the MG teams from the mortar teams (they were set up together as heavy weapons squads). The necessity to leave the mortar teams to the rear rendered the MG teams all but useless as squads must remain intact. 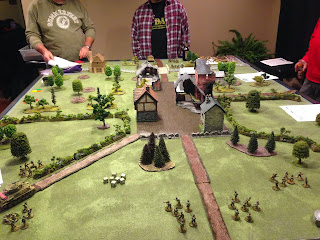 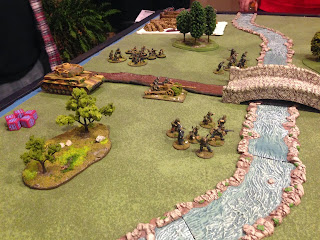 The huns prior to taking their positions within the town. 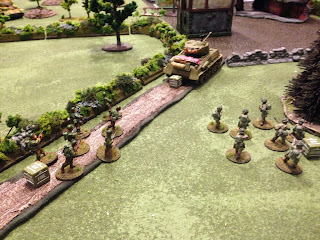 2nd Ranger and 101st squads move up behind a Sherman. 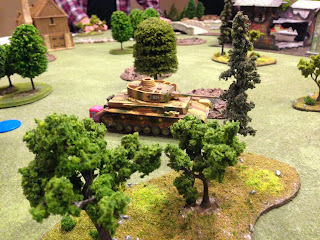 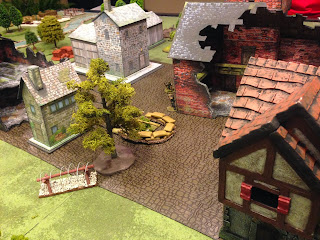 A German anti-tank gun covers the southern entrence to the town. 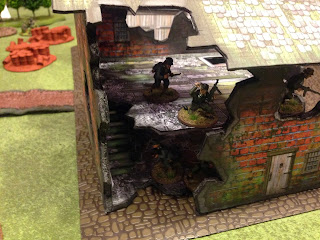 SS infantry take up position within the town. 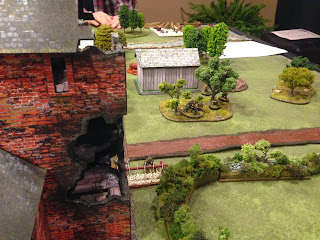 Fallschirmjager support a heavy MG team on the left flank. 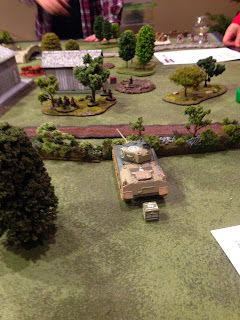 The second Sherman moves up to a hedgerow. 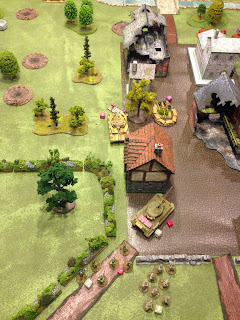 The Panzer and PaK40 attempt to bracket the approaching Americans. 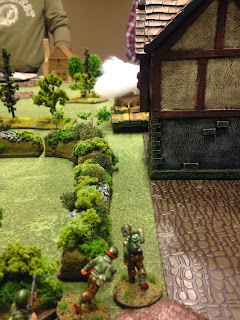 The Rangers get off a bazooka round that hits the mark. 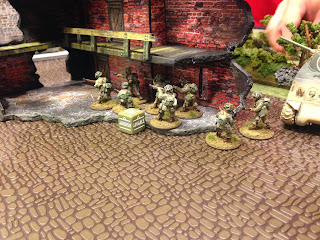 An airborne squad moves into a structure. 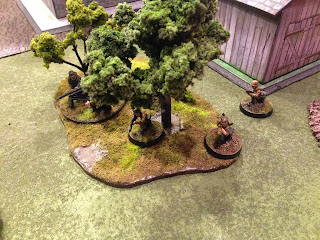 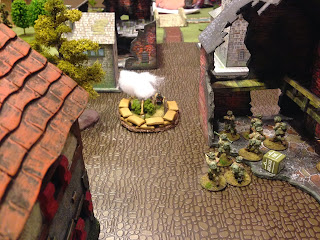 Paratroopers finish off the PaK40. 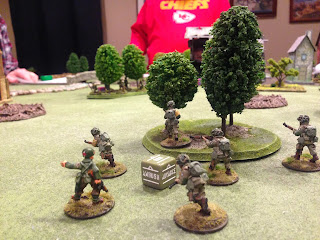 A second paratrooper squad is ambushed while attempting a flanking maneuver. 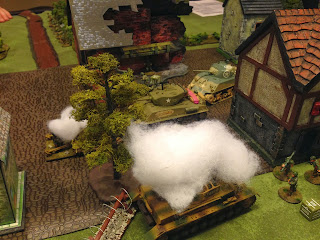