Last Thursday we gathered at the Baron's for a fun night of Fistful of Lead and some new 28mm AWI minis the group has acquired. With a few tweaks to the original rules including more cumbersome re-loading for muskets, the game flowed as well as the Sam Adams Boston Lager that Doug provided. Not much in the way of details of the clash, as you can read a very nice AAR report over at the Baron's Blog.

British lights infantry and Hessians move into a small hamlet to sabotage a colonial wagon packed with powder. 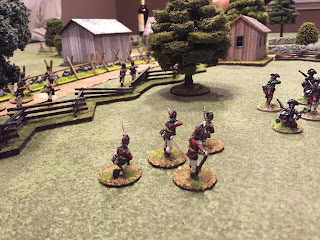 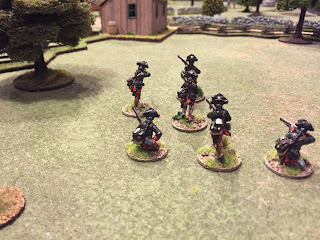 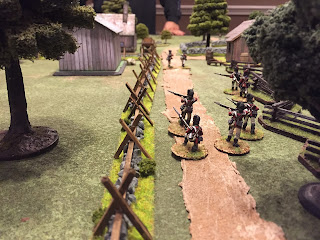 Receiving word from a local farmer the wagon had been discovered by redcoats, a unit of Continental Army regulars along with the help of some local militia are dispatched to secure it. 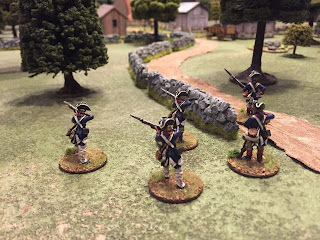 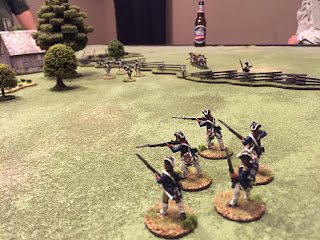 British cautiously move up the road towards the wagon positioned at a crossroads. 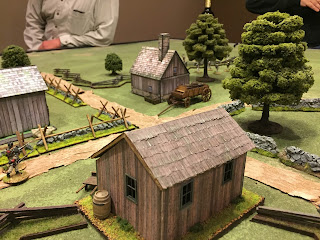 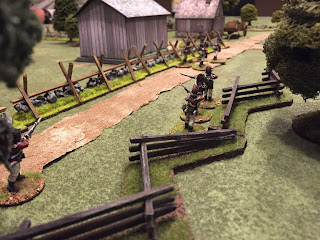 A small squad of Hessian mercenaries spot CA troops approaching in the distance. Bold moves towards the continentals would prove deadly for the Hessians. 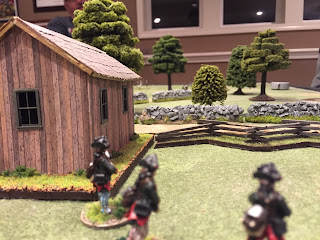 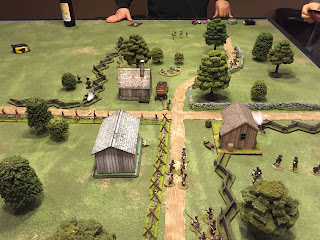 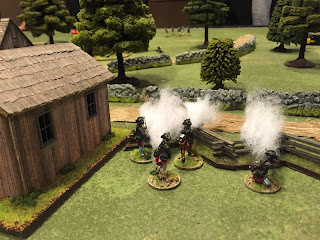 The lobster backs would attempt to put pressure on the crossroads and the colonists' right flank. 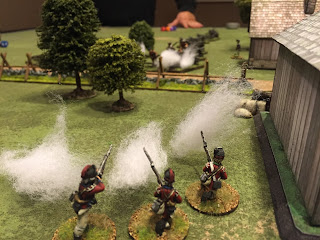 Heavy fighting across the hamlet ensues and the militia begins to take heavy casualties. 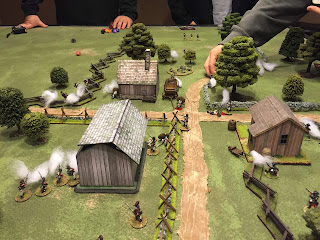 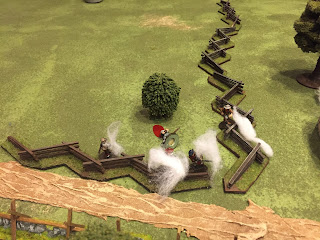 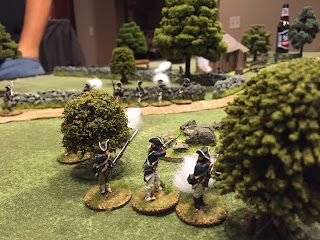 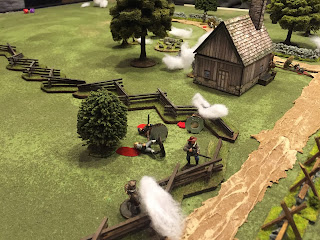 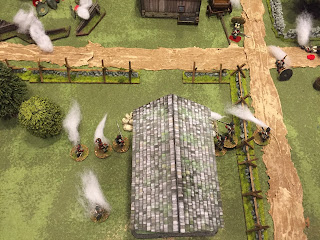 A strong continental left and the ability to shift reinforcements to the center would prove to be the difference in the battle. 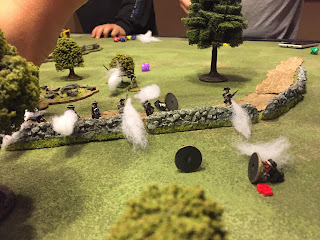 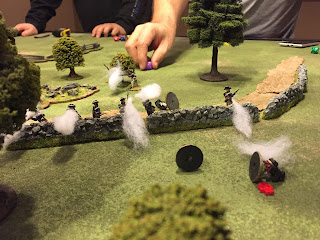 Towards the end of the evening what looked like a sure British victory would turn disastrous. A stiff rebel resistance in the center at the objective would win the day. 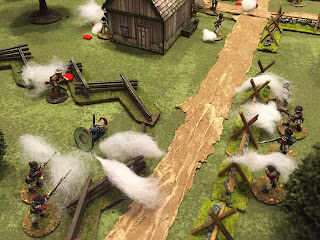 Email ThisBlogThis!Share to TwitterShare to FacebookShare to Pinterest
Labels: A Fistful of Lead, AWI

Your pics are better than mine.

How often do you game? I live not to far from the airport in Kansas City area and not having much luck in finding people for historical games.

I live in Liberty and host from time to time (25mm WW2, 25mm ACW, 15mm ancients), but most play is at a home close to Independence Ctr. where all kinds of periods are played.

Nice! I got back into the hobby several years ago but just started to get into historical gaming recently. Currently painting Some ACW Perry brothers minis. Have some Bolt Action and Flames of war as well. Haven't found much of a community yet. If you are ever looking for others let me know. Have a bit of a game area at my place as well.