Happy New Year! For several months I've had a hankering to paint up some American War of Independence figs, especially some redcoats. I've always thought the classic British red jacket is really cool looking regardless the period. Compared to some of the other periods I've painted, the uniforms worn by 18th century troops would be by far the most difficult project for me yet. Because of this, I decided my limit would be just enough for small skirmish-level games. While they were definitely a challenge to paint, they weren't as tough as I thought they'd be.  I  didn't get real historical when I chose facing colors. All the infantry are British light infantry.  The continentals I'm working on now are proving to be pretty easy compared to the British. These will be fun to bring out for one of the Baron's Fistful of Lead games. 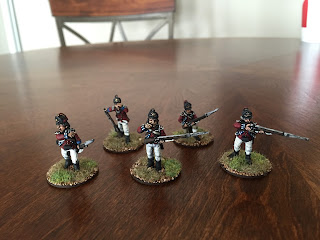 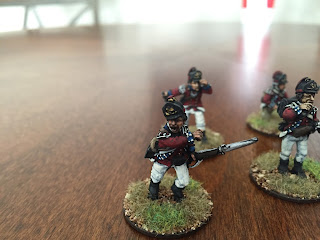 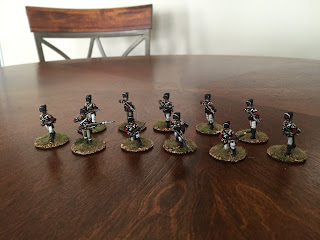 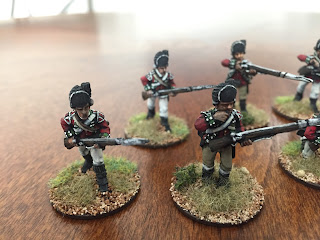 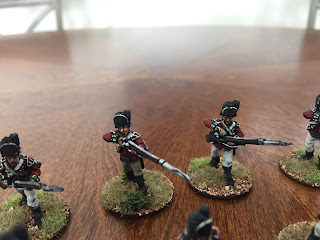 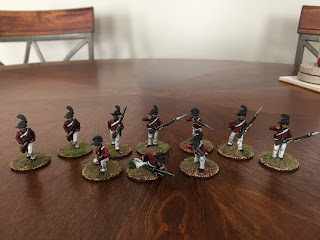 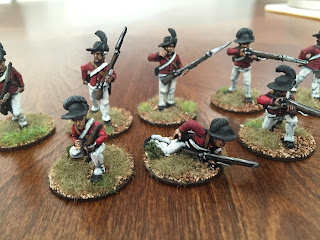 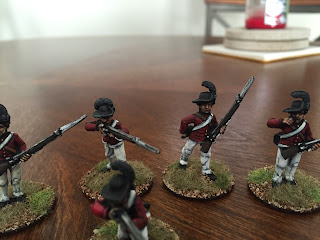 I don't know how I'll use an artillery piece for a skirmish game, but it was fun to paint. 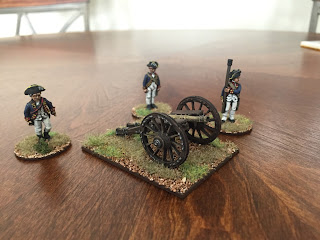 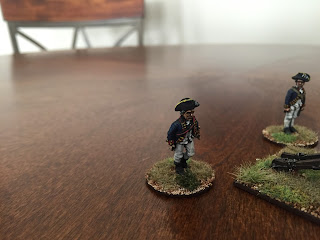