Well, kind of. My 15mm EIR army is at least ready for the table. I still need to add some elephant mahouts, some allied (Spanish cavalry), and some skirmishers, but for the most part they are ready for action. This has been about a 2 year work in progress as I completed the first units a few years back and got an itch to complete the project at the beginning of this year.

From the beginning I decided to base them to be used for DBA/DBM play in case I ever decide to sell them, however, now with To The Strongest by Simon Miller ( http://bigredbat.blogspot.com ), they will be used primarily with this fantastic ruleset. The models are a mix of mostly Corvus Belli and Old Glory with a few Xyston's thrown in for good measure (and they make a cool Pompey the Great set). All of the multiple-base units are based on magnetic bases and metal movement trays by Shogun Miniatures ( http://shogunminiatures.com ).

On a final note, please forgive the photos, as I'm not quite the mini photog. 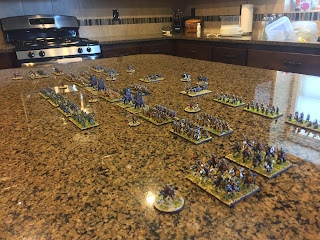 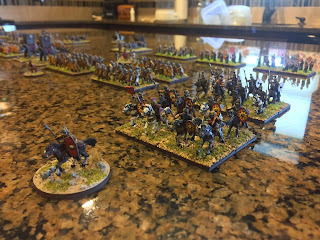 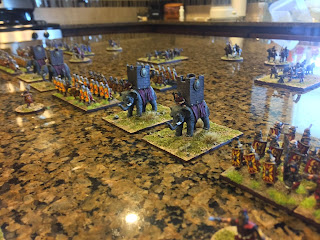 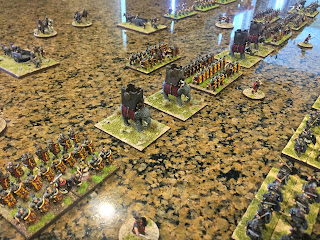 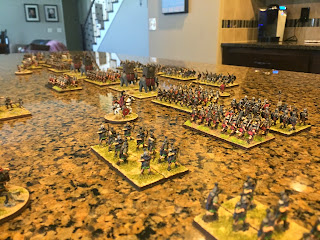 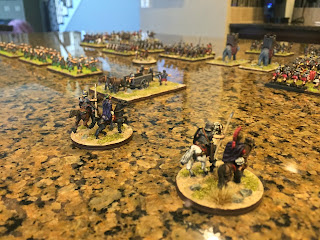 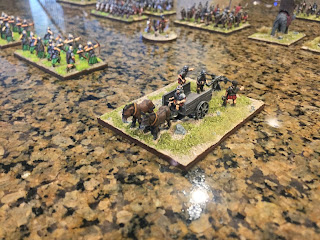 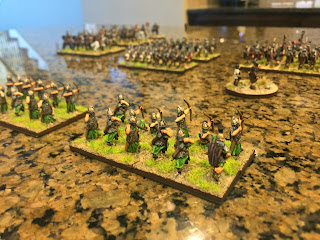 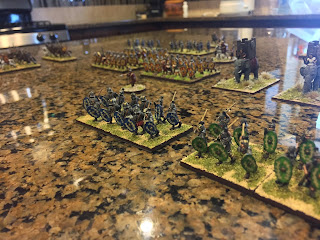 They look really great! Very well done, I'd not realised that your army was so advanced. Do you have a local opponent with 15mm?

Thanks for the compliments. Next Thursday they will be battling an orc army at the Baron's castle...yes, seriously. Currently two of the fellas are working on 15mm armies (a greek and a celtic).

Sounds like fun. I will be sure to post plenty of pics you are welcome to use for your project if you choose.

Oh, your never done, silly. Simon, his Legions will be clashing with a greenskinned barbarian army this Thursday.
-J

The Romans look good! Congrats on "completing" them ; )