I am creating this post a few months late, so I'm actually at 26 months into my 25mm ACW (and this hobby in a broader sense) project.  With the lion's share of my minis being ACW with about a hundred 25mm World War 2 and about 100 15mm ancient Rome thrown in, my count is at about a thousand completed minis including horses, artillery, and cassions/limbers.  I have also painted a few WW2 vehicles.  In addition to the minis, I have completed a pretty nice collection of terrain pieces as well.

I figure about another 18 months before my ACW project is completed, but so far it has been a fun go at it. My future plans are to have five Iron Brigade regiments,  four Irish Brigade regiments, and the 54th MA completed. That will leave me with about 175 Federal infantry stands broken up into about 20 regiments. That gives me about five more regiments worth of work. I will plan for another four or five reb infantry stands for a total of about 15 regiments.  I still have some gun/cassion stands to complete with a pair of supply wagons. I anticipate work beginning on a table later in the year and hopefully a hosted game by late summer/early fall.

Next up: 14th Brooklyn and some more gun and cassion stands. 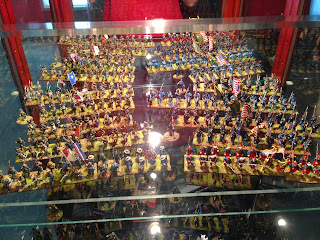 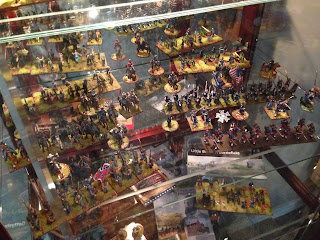 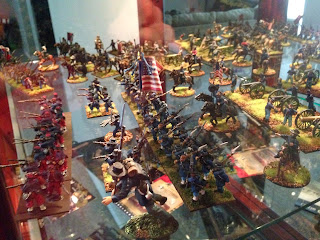 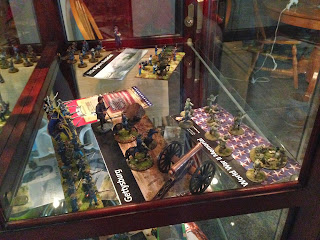 Email ThisBlogThis!Share to TwitterShare to FacebookShare to Pinterest
Labels: ACW

A great looking collection of miniatures/armies you have there Sir! :o)
well done...
cheers